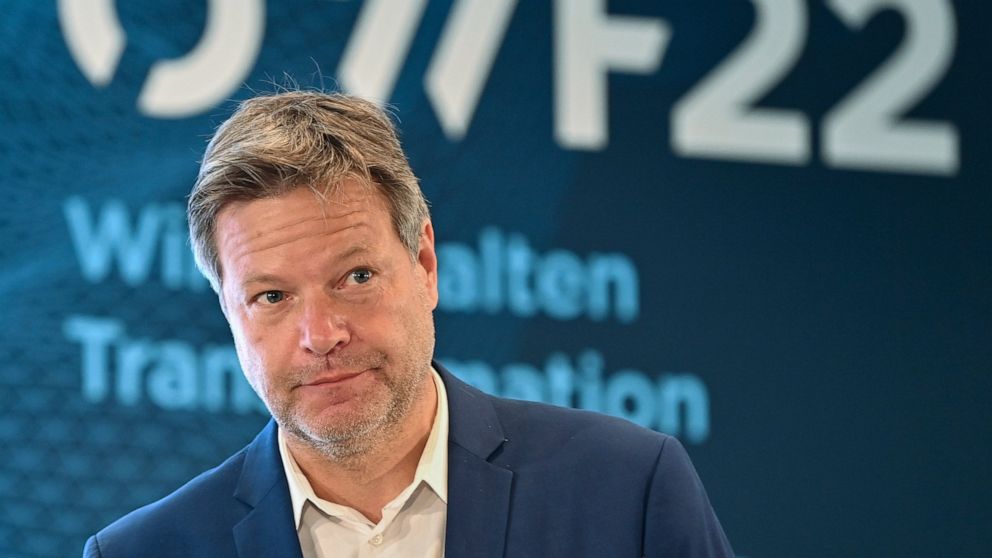 BERLIN — Russia’s announcement that it would reduce natural gas flows through a key European pipeline by roughly 40% appears to be a political move rather than a result of technical problems, Germanys vice chancellor said Wednesday.

Russias state-controlled energy giant Gazprom also told Italian gas giant Eni that it would reduce gas through a different pipeline by roughly 15% on Wednesday. The reason for the reduction has not been made clear, and the Italian company said it was monitoring the situation.

The reduced flows follow Russia’s halt of natural gas supplies to Bulgaria, Poland, Finland, Netherlands, Denmark as Europe works to reduce its dependence on Russian energy amid the war in Ukraine. Gas demand has fallen after the end of the winter heating season, but European utilities are racing to refill storage ahead of next winte r with prices high and supplies uncertain.

While gas storages are refilling well, the cutoffs and reductions come on top of an explosion at a liquefied natural gas terminal in Texas whose exports were largely going to Europe, adding another squeeze to the tight natural gas market, said Simone Tagliapietra, an energy expert at the Bruegel think tank in Brussels. He urged Europe not to be complacent and urgently scale-up coordination” so the continent is prepared for a possibly difficult winter ahead.”

Gazprom said Tuesday that deliveries through the Nord Stream 1 pipeline to Europe would drop after Canadian sanctions over the war prevented German partner Siemens Energy from delivering overhauled equipment.

Siemens Energy said a gas turbine that powers a compressor station on the pipeline had been in service for more than 10 years and taken to Montreal for a scheduled overhaul. But because of sanctions imposed by Canada, the company has been unable to return the equipment to the customer, Gazprom.

German Vice Chancellor Robert Habeck, who is also the country’s economy minister and responsible for energy, told reporters in Berlin that he had established with the European Union’s executive Commission that the maintenance of Siemens compressor stations on the pipeline isn’t subject to EU sanctions.

He said officials are in contact with Canada to check what is possible under Ottawa’s sanctions. But he added that, as far as German officials know, the first relevant maintenance session isn’t due until the fall, and because there are several such installations, that wouldn’t explain a 40% reduction.

So I also have the impression that what happened yesterday is a political decision, and not a decision that is technically justifiable, Habeck said. What effect it has on the European and German gas market, we will have to wait and see. As a rule, suppliers have always succeeded in getting hold of gas from other sources.

He said there’s no supply problem in Germany, which gets about 35% of its natural gas to power industry and generate electricity from Russia, and it should be able to keep filling up reserves.

The EU has outlined plans to reduce dependence on Russian gas by two-thirds by years end. Economists say a complete cutoff would deal a severe blow to the economy, consumers and gas-intensive industries.

If you have the feeling that all your homework is done and everything is going well, you’re wrong, Habeck said. It isn’t over yet. It may only just be beginning … making ourselves independent from fossil energy and Russian fossil energy must be advanced at high pressure. Buttigieg: US may act against airlines on consumers’ behalf

Acer launches Aspire Vero for eco-conscious consumers in the...

Anne Heche: US actress remains in critical condition after...

Warriors roll to most lopsided win of the season

Covid: Rules on masks and self-isolation to end in...

Halper: ‘Dangerous’ to focus on Zelensky’s personality over his...

Fear, hiding and frustration for Afghans left behind one...

Reactions to Biden’s State of the Union address

Motor Racing-Miami GP has no beach and no water...

Opinion | The World Is Sliding Toward Authoritarianism. So...

‘A crucial time’: U.S. senators travel to Ukraine to...

Iran launches rocket into space as nuclear talks to...

Ford recalls over 2.9M vehicles at risk of roll away crashes