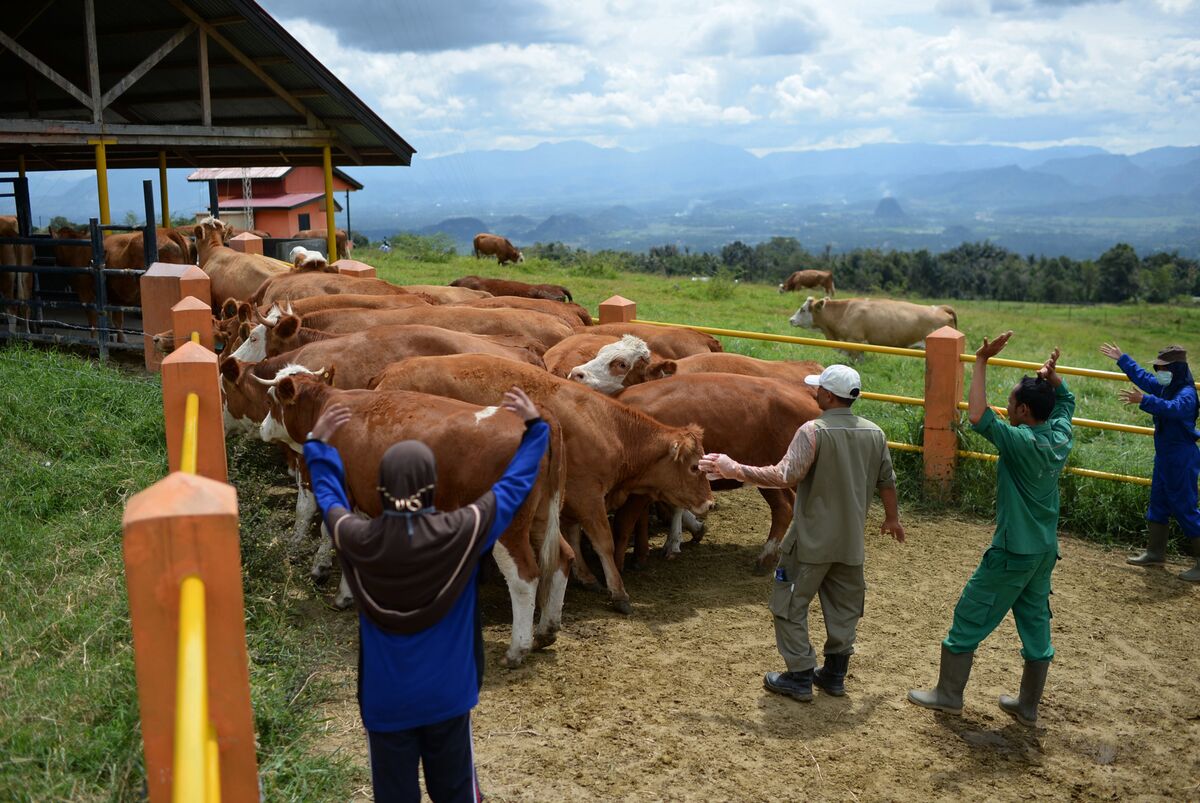 Indonesia will import 3 million doses of vaccines for cattle as an outbreak of foot-and-mouth disease spread to more provinces.

The first batch was delivered on Sunday, according to a statement by the agriculture ministry. Around 800,000 doses will arrive in the next few days. More than 151,000 animals have been infected by the illness across 18 provinces and 180 regencies, up from over 20,000 in early June, according to

Local vaccines are currently in production and should be ready by the end of August, the ministry said in the statement on Monday. The government has set up a task force to implement measures to curb the spread of the disease.

The upsurge, which hit during the religious Eid festivities in May, could boost Indonesias beef imports as production in the country with the worlds largest Muslim population can only meet about 70% of its annual consumption. The rest is imported from countries including Australia, New Zealand, India and the US.

The ministry assured there will be sufficient cattle supply for the Eid al-Adha festival in July, when cows and goats are slaughtered for religious sacrifices. Around 1.5 million cattle were slaughtered during the festival last year, it said. Trial begins over whether Georgia’s 6-week abortion ban can...

Elton John pays tribute to Queen at his final...

New coronavirus mutant raises concerns in India and beyond

Islamic extremists convicted of membership in German IS cell

Biden huddles with Pelosi and Schumer on inflation

Buffalo supermarket that was scene of mass shooting reopening:...

Snap finally did it, y’all

US, EU envoys meet Kosovo PM in effort to...

Swiggy and Zomato, food delivery rivals in India, back...

Nobody Cares about the Doom of Númenor

Motherwell to face Bala Town or Sligo Rovers in...

Feeling stressed? Make time to share a meal with...

These earbuds give everything but your voice the ‘talk...

This ‘undetectable’ malware kit packs a whole load of...

Elon Musk Says US Recession More Likely Than Not...

Ukrainian presidential aide: Russia should be expelled from G20...

Prosecution rests after a day and a half in...

Man arrested for threatening, throwing candy at kids in...

Russia warns US that relations near breaking point

Three Palestinians killed in clashes with Israeli forces in...

Congressional staffers launch efforts to unionize amid support from...

Lia Thomas: Transgender athletes ‘not a threat’ to women’s...

Cereal maker Magic Spoon scoops up $85M as it lands spot on...