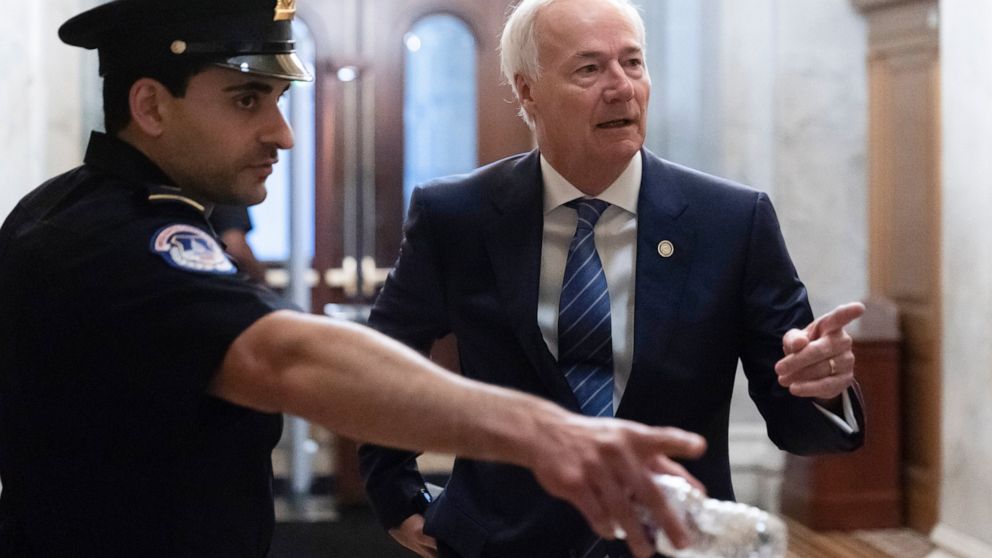 Reaching consensus could be a tall order given that the nation’s governors have been divided along partisan lines on how to approach issues of gun control and school safety.

Republican Gov. Asa Hutchinson of Arkansas, the group’s chairman, and Democratic Gov. Phil Murphy of New Jersey, the vice chair, told the White House in a letter that they will convene a group of six to 10 governors, with a particular focus on making schools safe.

Hutchinson and Murphy appeared to leave open the possibility that the recommendations could include some gun control proposals. The U.S. House this week approved a wide-ranging gun control bill that has little chance of passing the Senate.

It is our hope that the task force can provide suggestions to keep our schools and communities safe in a manner that is consistent with the demands of the American people, who overwhelmingly support gun safety measures,” the governors’ letter said. We can all agree that there are commonsense ways to prevent these tragic events, and we must work together to do everything in our collective power to protect our communities and our most vulnerable citizens our children.”

The letter comes as governors have been split along partisan lines on the best response to the Uvalde, Texas, shooting that killed 19 elementary school children and two teachers. A recent survey by The Associated Press showed governors divided, with Democrats calling for more restrictions on guns and Republicans focusing instead on beefing up school security.

Hutchinson has said that raising the minimum age to buy an AR-style rifle from 18 to 21 should be part of the discussion. But Hutchinson, who leaves office in January and is considering running for president, isn’t calling for such a move in his state and has said gun control measures won’t be on the agenda if he asks the Republican-controlled Legislature to take up school safety ideas during a potential special session.

The letter was sent the same day Hutchinson announced he was reinstating a school safety commission he formed to come up with recommendations following the 2018 school shooting in Parkland, Florida. In Hollywood, everything gets a reboot — even MoviePass

Man arrested after five youths hit by car in...

Spotify and Discord are down

Majority of voters say Biden is too lenient with...

How One Diet Became a Hit

‘I want to know where the investors were.’ Uber...

Microsoft strikes 10-year deal with Nintendo on Call of...

Ubisoft is killing online support for 15 games on...

U.S. birth rates drop as women wait to have...

Zelensky May Step Directly Into GOP’s Fight Over Omnibus...

Ginni Thomas Is Not A Liar

Explainer: A guide to the Philippines election – Reuters.com

Ireland Will Get Less Growth From Multinationals Next Year

Biden stumps for Hochul in New York ahead of...

New details emerge in shootings of homeless men in...

In race for monkeypox vaccines, experts noticing a repeat...

Ex-Twitter employees are left in limbo with thousands in...

Covid in schools: ‘Fresh air will help stop the...

Sharing pornographic deepfakes to be illegal in England and...

‘Quiet hiring’ is the opposite of quiet quitting, and...

JPMorgan’s top strategist warns stocks have a 10% plus...

Bloomberg Westminster: Ludicrous and Not Legal

Bengaluru floods: How families struggled to find help as...

Textile firm Johnstons of Elgin bounces back from pandemic

Obamacare back in court as Texans challenge coverage for...

Jesse Watters: Paul Pelosi DUI case has been 'buried from the public'