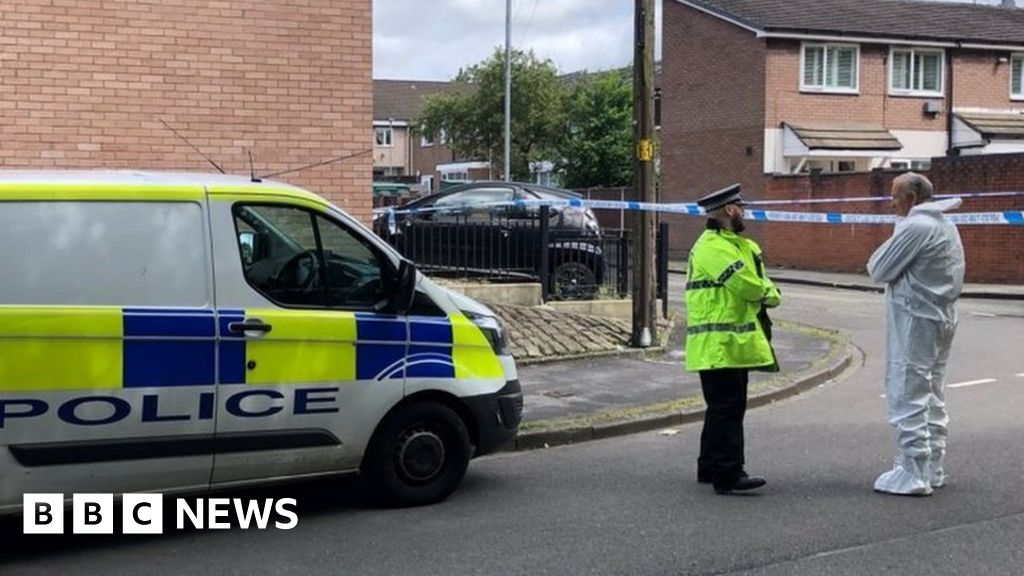 A man has been arrested on suspicion of murder after a boy was stabbed at a house in Manchester.

The 15-year-old died in hospital after being stabbed alongside his mother, who remains in a stable condition, at their home in the Miles Platting area on Thursday night.

Police said a 44-year-old man, from Manchester, was arrested in Kent on Friday evening.

Detectives believe he was known to the family.

Greater Manchester Police say they were called by paramedics to the house in Bednal Avenue at about 21:30 BST.

The boy and the woman, who is in her 40s, were treated at the scene for stab wounds, before being taken to hospital. The boy died about hour later.

Police are continuing to appeal for information.

Image caption, A large police cordon has been set up at the scene on Bednal Avenue The superb Sony WF-1000XM3 wireless earbuds are down to...

‘I’m Calling About Your Auto Warranty’: FCC Says No...

The gun bill heard ‘round the country

UAE says Ukrainians eligible for visas on arrival, in...

Mastercard SpendingPulse: Back-to-school sales to be up 7.5%

Covid-19: Remaining restrictions in NI to be lifted on...

MSNBC’s Joy Reid has smallest quarterly audience since ‘The...

Cast Members Get a First Look at Disney Wish...

Herman, Lily, and Grandpa return in teaser trailer for...

iPhone 14 sales leak suggests it could be a...

Spieth overcomes ‘worst feeling’ of career to win at...