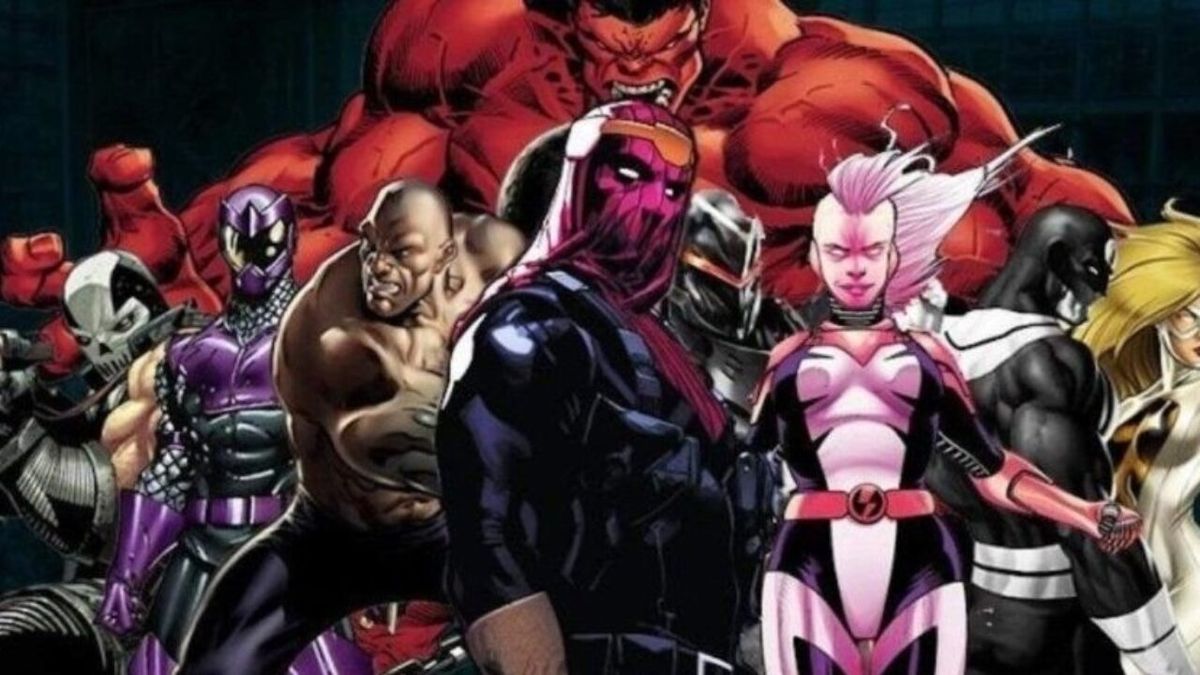 Marvel Studios is reportedly developing a movie based on its Thunderbolts IP.

Deadline (opens in new tab) has claimed that the upcoming Marvel movie, which is said to be a “top-secret” project, has tapped Jake Schreier (Paper Towns, Brand New Cherry Flavor) to helm the superhero film. Eric Pearson, who penned the script for Marvel’s Black Widow flick, has apparently joined as lead writer, while Marvel Studios president Kevin Feige will unsurprisingly produce.

Understandably, little is known about Marvel’s Thunderbolts movie. However, in the hours following Deadline’s report, numerous Marvel Cinematic Universe (MCU) insiders piped up to reveal what they had heard about the possible MCU Phase 4 project.

According to The Wrap (opens in new tab), Florence Pugh’s Yelena Belova – last seen in the Hawkeye TV series – has been in discussions about starring as the fan favorite MCU character in Thunderbolts. Deadline’s own report has also tipped Belova to be part of the movie’s line-up, so it’s possible that this casting has some truth to it.

Deadline has also suggested that Sebastien Stan’s Winter Soldier, Daniel Brühl’s Baron Zemo, Olga Kurylenko’s Taskmaster, Hannah John-Kamen’s Ghost, Wyatt Russell’s US Agent, and Tim Roth’s Abomination may sign onto the film. Meanwhile, another MCU leaker in Greatphase (opens in new tab) has hinted at Ka-Zar – a character from the Savage Lands, which was teased in Doctor Strange in the Multiverse of Madness – will make his MCU debut in Thunderbolts.

Of that number, Belova, US Agent and Baron Zemo are the most likely to appear. US Agent was approached by Julia Louis-Dreyfus’ Contessa Fontaine, in Falcon and the Winter Soldier’s fifth episode, about joining her new anti-hero team. Belova was also hired by Fontaine during Black Widow’s post-credits scene to take down Hawkeye over his involvement in Natasha Romanoff’s death. However, Belova refused to kill Clint Barton after he revealed the truth about Romanoff’s sacrifice in Avengers: Endgame. Finally, Zemo – handed over to the Dora Milaje in Falcon and the Winter Soldier – may be recruited to make amends for his role in Captain America: Civil War and the aforementioned Disney Plus show.

Deadline has claimed that Marvel has been in touch with multiple actors about the project, asking them to keep their schedules free ahead of the film potentially shooting next summer. It’s likely that we’ll receive confirmation one way or the other at D23 Expo in September, with Marvel Studios set to make a number of announcements at the event on Saturday, September 10.

Positioned as an anti-Avengers superteam in Marvel comics, the Thunderbolts are a group largely consisting of anti-heroes or supervillains. They’re usually tasked by the US government with tackling threats that The Avengers or other superhero groups aren’t available for or won’t touch whatsoever. Think of the Thunderbolts as Marvel’s answer to DC’s The Suicide Squad, and you’ll get the idea.

The Thunderbolts made their comic book debut in January 1997, first appearing in The Incredible Hulk #449. Back then, they were hired to protect the world after the Avengers were declared dead following the 1996 Onslaught comic series run. However, it was later revealed that the Thunderbolts was a front for the supervillain group known as the Masters of Evil, who were led by Baron Zemo for a number of years.

Later storylines saw the Thunderbolts remove Zemo as their leader, with the group transitioning from a villain/antihero squad into one with a more heroic calling. It wasn’t until Hawkeye – the Clint Barton iteration – became their new commander that the Thunderbolts truly turned a corner. Since then, the group’s various members and line-ups have largely acted on the side of good instead of evil. Even so, the Thunderbolts comic series has primarily explored the notion of redemption for its ever-changing slate of superpowered beings, with many of them taking up a place on the team to walk the path of righteousness.

The Thunderbolts may be a new-ish superhero team, but surprisingly there have been 11 different line-ups over the past 25 years. No fewer than 120 heroes, antiheroes, and supervillains have featured on the Thunderbolts’ roster, with many of those secondary or B-list characters in the Marvel universe.

The current team consists of characters that MCU fans will recognize, including Hawkeye, America Chavez (who made her MCU debut in Doctor Strange 2), and Spectrum (one of Monica Rambeau’s aliases, who is presently known as Photon in the MCU after she acquired powers in WandaVision).

Given the group’s name, some fans may think that General Thaddeus ‘Thunderbolt’ Ross – played by the late William Hurt in the MCU – is the person responsible for setting up the Thunderbolts. In the comics, this isn’t the case, nor is it likely to be positioned as much in the MCU. However, Grace Randolph (opens in new tab) has claimed that Marvel’s Thunderbolts movie will be a “nod” to Hurt’s portrayal of the character. Additionally, Randolph suggests that Ross won’t be recast in the MCU – a similar move to Marvel’s reluctance to recast T’Challa following Chadwick Boseman’s death in August 2019.

For more MCU-based content, check out our coverage of Ms Marvel on Disney Plus, including our spoiler-free review and the first episode’s post-credits scene explainer.

From Stage to Screen: A Conversation with Disney+ Star...

Sort it out or step aside, Tory donor tells...

Senators say they were denied full access to federal...

In Brazil, Biden’s defense chief to call on region’s...

Poll: Women in key states worried about economy but...

Nicola Sturgeon to set out ‘democratic case’ for independence

Sri Lanka TV reports that protesters have forced their...

Government must do more on cost of living –...

Biden predicts states will try to arrest women who...

Cash Is Not Trash (Podcast)

Her boyfriend killed her son but she went to...

Foxes, Introverted Pop Star, Dances Back Into The Spotlight

China Has a Big Ukraine Problem

EU set to unveil sanctions on Russian oil as...

EXPLAINER: Why are Dutch farmers protesting over emissions?

Russia Ready for Direct Confrontation With All of NATO,...

Critics hated it, Paramount canceled it, but Amazon is reviving this gutsy...