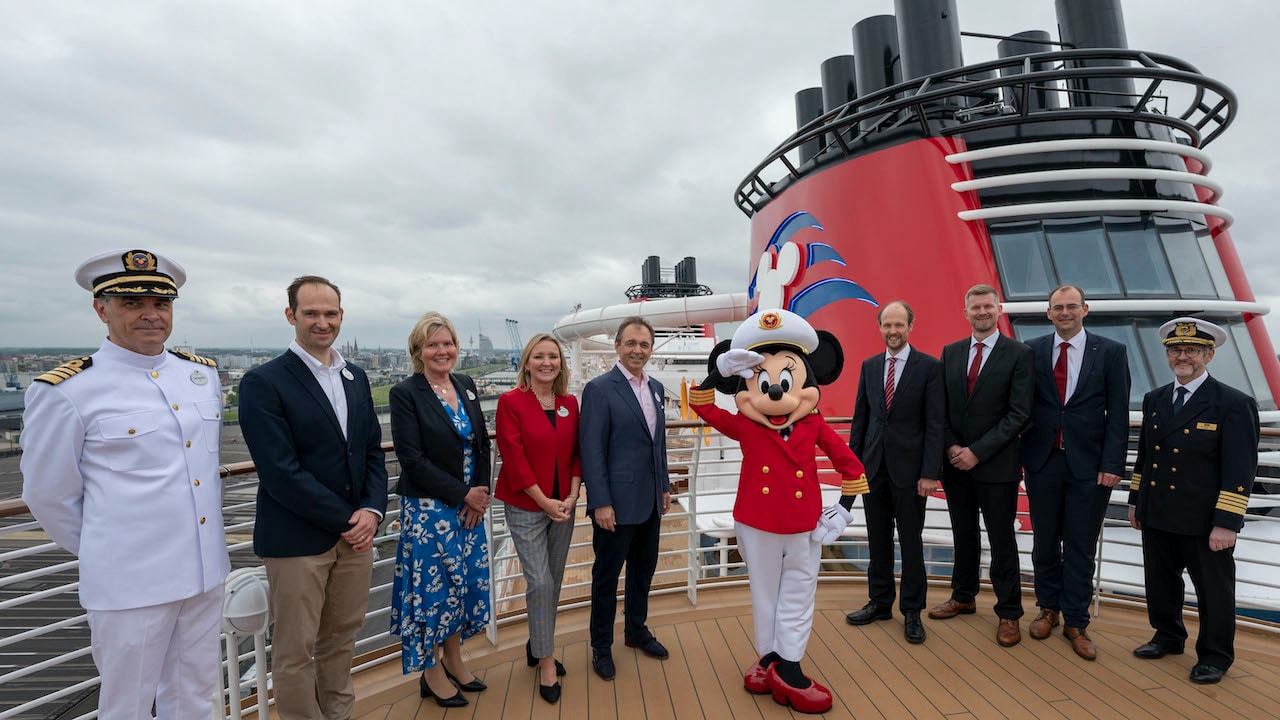 Delivery is the final milestone in the ships construction

journey, which began more than two years ago at the Meyer Werft shipyard in

ownership of the Disney Wish from the shipbuilder to Disney.

welcomes guests in the ships Grand Hall. A pillar of The Walt Disney Companys

legacy, Cinderellas story is the epitome of magic transforming wishes into

dreams and dreams into reality.

Following the ceremony, Captain Marco Nogara took the helm of the

The Disney Wish, the fifth ship in the Disney Cruise Line fleet,

introduces a brand-new, distinctly Disney design concept unlike anything at

sea. The motif of enchantment found at the heart of so many beloved Disney

stories is the architectural and thematic foundation of the ships design,

weaving imagination, emotion and adventure into the very fabric of the vessels

more Disney storytelling than ever, bringing to life the fantastical worlds and

beloved characters at the heart of Disney, Pixar, Marvel and Star Wars

The Disney Wish sets sail on its maiden voyage from Port Canaveral on July 14. For more information, visit disneycruise.com. Pret sales jump as it focuses on towns and...

TikTok says it rejected China’s request for a stealth...

Why Therapy Is Broken

Nasty macOS bug could have let hackers dance past...

Biden administration doles out $2.9B in infrastructure grants to...

Spotify backlash over Joe Rogan did little to boost...

Astros’ Jose Altuve on impressive run since activation off...

Here’s What You Need to Know About China’s NPC...

The NFL is the rare thing that brings all...

“You’re so resilient” isn’t the compliment we thought it...

Canada’s Population Jumped by Nearly Half a Million in...

Apple is raising prices on App Store across multiple...

Israel appoints ambassador to Turkey in sign of warming...

Waive Pharma’s Vaccine Rights? What That Would Mean: QuickTake

CFB Week 3: The most unbelievable stats from another...

Retail sales up 0.3% in February amid higher prices

Aleksandar Rakic says he has ‘unfinished business’ with Jan...