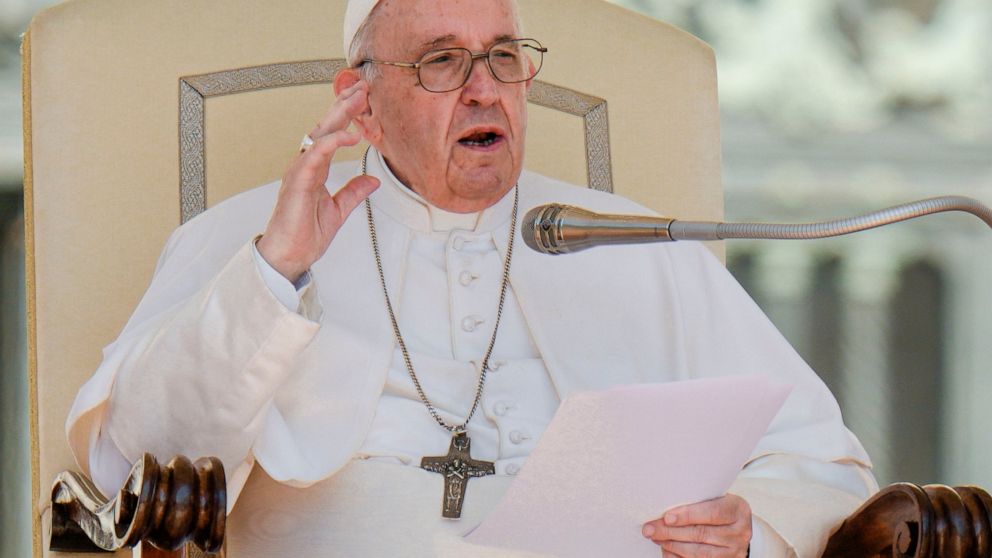 Dani Dayan, who met with Francis at the Vatican, said the pontiff described the archives opening as an issue of justice. Francis visited the memorial during a 2014 pilgrimage in Israel.

When I thanked him for opening the archives of the Vatican of the relevant period of the Holocaust for our researchers, he said very clearly that to open the archives is to make justice, Dayan said.

Historians long clamored for access to the Vatican archives of letters and other documents spanning the years of Pius XII’s 1939-1958 pontificate, which overlapped with World War II.

Over the decades, many have criticized Pius for not speaking out at the time against the mass deportations and systematic murder of Jews. The Vatican has long contended that Pius worked quietly behind the scenes to save lives during the Holocaust.

But scholarly examinations of the wartime archives so far suggest that the people the Vatican worked hardest to save were Jews who had converted to Catholicism or who were children of Catholic-Jewish marriages.

The Holy Father went on to say that he is well aware that, as in other organizations, in the church there were people who did the right thing and those who did not, Dayan said.

When visiting Yad Vashem in 2014, the pope prayed before a crypt with ashes of Holocaust victims and laid a wreath of flowers in the Hall of Remembrance.

Francis also visited the memorial at the site of the Auschwitz death camp during a 2016 pilgrimage to Poland and met with 25 Christian Poles who rescued Jews during the Holocaust.

Yad Vashem archivists are gathering information from the Vatican archives, with the goal, the Holocaust memorial said in a statement, of bringing it back to Jerusalem for further study and hopefully shed light on the experiences and fate of many Holocaust victims.

Dayan told Vatican Radio that the two men, each natives of Buenos Aires, conversed in Spanish, and that Francis was very clear in condemning anti-Semitism and in combatting it as an ally. The dangerous world of illegal mining in South Africa

Ellen Barkin testifies against Johnny Depp: A look at...

US conducts Taiwan Strait flyover amid tensions with China

Pancreatic cancer: A gene may be key to stopping...

Tom Brady, Buccaneers cruise to win over Cowboys as...

Britain on course for hottest day on record |...

Jamie Wallis MP comes out as trans and says...

American Bidders Ready for Final Battle to Own Chelsea...

In one tiny German town, nobody worries about energy...

Another journalist attacked in Mexico; 3 killed this month

Girls think physics is for white boys only, MPs...

31 people arrested for conspiracy to riot near a...

Greece to seek exemption from EU plan to cut...