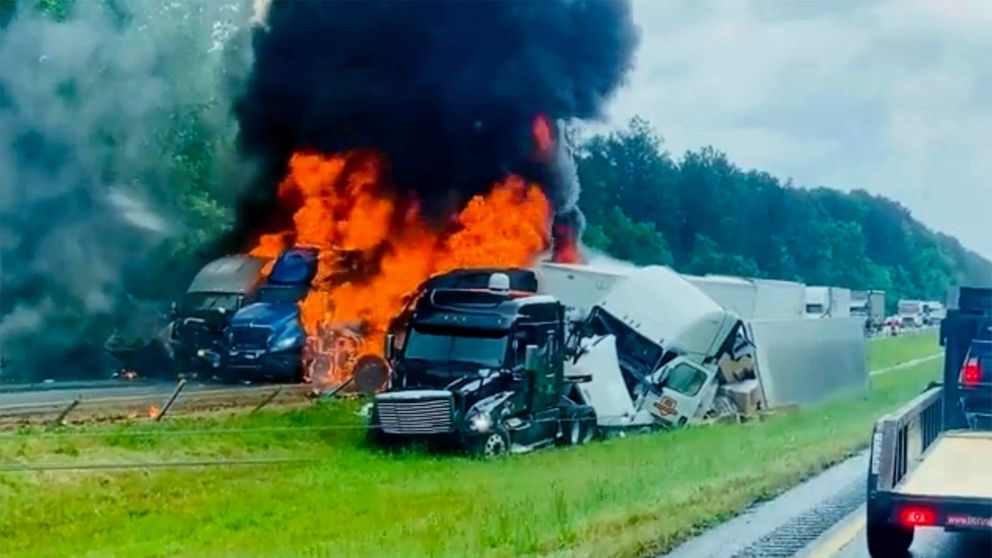 FRIENDSHIP, Ark. — Traffic remained blocked Thursday morning in westbound lanes of heavily traveled Interstate 30 in southwestern Arkansas, where at least three people were killed the previous day during a series of crashes that happened during stormy weather, authorities said.

The Wednesday afternoon crashes began in the eastbound lanes of the interstate near Friendship, Arkansas, about 50 miles (80 kilometers) southwest of Little Rock, the Arkansas Department of Transportation said.

The wrecks, which started with a two-vehicle collision that led to at least two other chain-reaction crashes, were weather-related, Arkansas State Police spokesman Bill Sadler told the Arkansas Democrat-Gazette.

The crashes shut down all lanes of busy Interstate 30, which links Little Rock to Dallas.

Arkansas State Police reported multiple fatalities Wednesday afternoon and troopers were working to account for all of the motorists involved. Sadler said Wednesday night that not everyone had been accounted for.

Troopers are going through every vehicle to search for any evidence of deceased that may still be trapped in the wreckage, Sadler said.

A fire was reported at one of the crash sites, police said, and video from the scene showed multiple large trucks burning.

Traffic was so paralyzed that state workers distributed snacks and water to stranded motorists about 7:30 p.m. Wednesday. Eastbound lanes of the interstate reopened late Wednesday but the westbound lanes were still closed Thursday morning, leading to lengthy backups.

Crews were repairing asphalt Thursday morning that was damaged, the highway department said.

The deadly crashes happened two days after five people were killed and five others injured in a collision between a van and a large truck in southeastern Arkansas. In that crash on Monday, police have said the driver of the van apparently failed to yield when crossing U.S. 65. Protesters against US aid grant clash with police in...

The origins of Birds Aren’t Real

NASA moon rocket on track for launch despite lightning...

Russian rocket part from failed launch plummeting back toward...

NFL’s Ndamukong Suh Was a Former Cornhusker Who Became...

Who Was Eliminated on ‘Big Brother’ Week 7? Double...

The next chapter for the Jan. 6 committee

Medicaid extensions for new moms grow, may run into...

Ukraine crisis: The free world fights back against Putin

I Uncovered an Army of Fake Men on Hinge

Detroit woman shot at her own kitchen table by...

6 charts that show how money and influence shaped...

1 in 5 elections officials likely to quit as threats mount

Dubai: The Irish art teacher racing camels in the...

McDonald’s Increases Price of Cheeseburger for First Time in...

Tom Cotton: More Americans are turning to the Republican...

Amnesty International: Fatal strike in Ukrainian city may be...