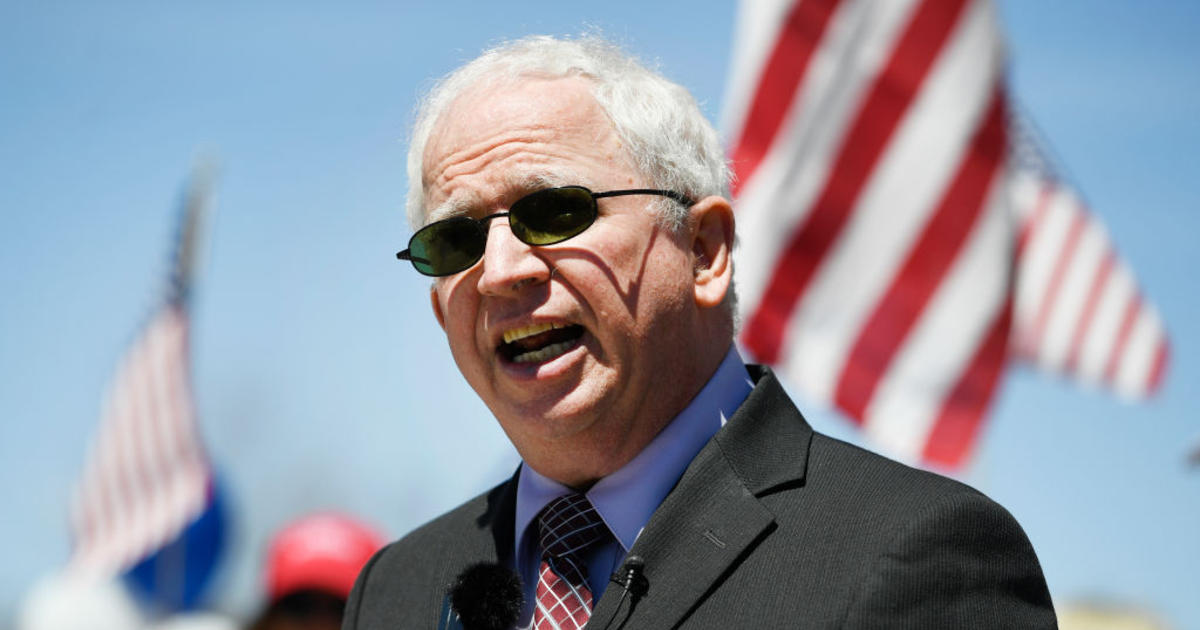 Washington — A federal judge on Tuesday ordered John Eastman, a conservative lawyer who devised the legal strategy to keep former President Donald Trump in power after he lost the 2020 election, to turn over 159 documents to the House select committee investigating the Jan. 6 assault on the U.S. Capitol.

U.S. District Judge David O. Carter, who has been overseeing the records dispute between Eastman and the House panel, said the latest tranche to be disclosed are not covered by attorney-client privilege or protected work product, as the conservative lawyer asserted. The 159 documents were part of a broader batch of nearly 600 documents that Eastman fought to shield from the committee, 440 of which Carter said were privileged and protected from disclosure.

Carter, who sits on the federal district court in Santa Ana, California, gave Eastman until 5 p.m. Wednesday to give the 159 documents to the select committee, ensuring House investigators will have access to the records before their prime-time public hearing Thursday.

Among the documents to be handed over to the select committee are 10 that Carter found are “closely tied” to its investigation. The records, he wrote, relate to three meetings held in the first two weeks of December 2020 by a group of Trump’s supporters, which had a “high-profile leader,” and included discussions about efforts to overturn the results of the 2020 presidential election.

Four of those 10 documents pertain to a meeting on Dec. 8, and five others include the agenda for a meeting Dec. 9, which include a section entitled “‘GROUND GAME following Nov 4 Election Results,’ during which a sitting Member of Congress discussed a ‘[p]lan to challenge the electors in the House of Representatives,'” according to Carter’s order.

The 10th document contained the agenda for a Dec. 16 meeting.

“The select committee has a substantial interest in these three meetings because the presentations furthered a critical objective of the January 6 plan: to have contested states certify alternate slates of electors for President Trump,” Carter wrote, adding that in the weeks before the December meetings, Eastman sent memos to “high-level White House staff” about the plan to overturn the election results.

John Eastman speaks at a news conference outside of the University of Colorado Boulder on Thursday, April 29, 2021.

The conservative attorney also contacted “sympathetic state legislators” in Pennsylvania, Georgia and Arizona, key battleground states Trump lost, urging them to decertify presidential electors for President Biden and instead certify an alternate slate of pro-Trump electors, according to the court’s order.

“Dr. Eastman’s actions in these few weeks indicate that his and President Trump’s pressure campaign to stop the electoral count did not end with Vice President Pence — it targeted every tier of federal and state elected officials,” Carter said. “Convincing state legislatures to certify competing electors was essential to stop the count and ensure President Trump’s reelection.”

Carter also indicates in his order that Eastman’s documents confirm the plan for Vice President Mike Pence to reject or delay the counting of state electoral votes during the Jan. 6 joint session of Congress was established “well before” lawmakers convened to reaffirm Mr. Biden’s victory over Trump. Those proceedings were temporarily disrupted when the mob of Trump’s supporters breached the U.S. Capitol to stymie the counting of state electoral votes.

In one email from Dec. 22, an attorney with Trump’s legal team referenced the “January 6 strategy” as a plan known to eight others. Two days later, Eastman “explained that the worst case for the plan was receiving a court decision that constrained Vice President Pence’s authority to reject electors,” according to Carter’s order.

“Dr. Eastman and President Trump’s plan to stop the count was not only established by early December, it was the ultimate goal that the legal team was working to protect from that point forward,” he wrote.

In examining the trove of documents contested by Eastman, Carter found one email, dated Dec. 22, may have been in furtherance of a crime. In that message, an attorney “goes beyond strategizing litigation outcomes” and considers whether to bring a case to shed light on the interpretation of the Electoral Count Act and the Jan. 6 proceedings of Congress.

“Because the attorney concluded that a negative court ruling would ‘tank the January 6 strategy,’ he encouraged the legal team to avoid the courts,” Carter said. “This email cemented the direction of the January 6 plan. The Trump legal team chose not to seek recourse in court — instead, they forged ahead with a political campaign to disrupt the electoral count. Lawyers are free not to bring cases; they are not free to evade judicial review to overturn a democratic election.”

The decision from Carter is the latest in a long-running battle between the House select committee and Eastman, a former law professor, over communications using his Chapman University email account. The Jan. 6 panel issued a subpoena to the school in January for records related to the presidential contest or the Capitol assault, but Eastman sued to block their disclosure, arguing the documents included information protected under attorney-client privilege and attorney work-product privilege.

In a blockbuster decision in March, Carter ordered Eastman turn over 101 emails exchanged between Jan. 4 and Jan. 7, a more narrow batch involving a crucial period for House investigators. In his decision, the judge found it “more likely than not that President Trump corruptly attempted to obstruct” congressional proceedings on Jan. 6.

“Dr. Eastman and President Trump launched a campaign to overturn a democratic election, an action unprecedented in American history,” he wrote. “Their campaign was not confined to the ivory tower — it was a coup in search of a legal theory.”

Why ex-French colonies are joining the Commonwealth

Lebanon’s Mikati expresses hope of IMF accord in weeks...

Netflix’s ‘Squid Game’ is the first non-English series to...

City where George Floyd was killed struggles to recruit...

Google accused of anti-competitive behavior in $2.4B lawsuit

Sleeping with light linked to higher risk of diabetes,...

Several killed after two planes crash in midair while...

Eight Things to Watch for as Global Leaders Meet...

Disney+ expands into e-commerce with an exclusive merch shop...

Giuliani hit with ethics charge by DC bar over...

Eastward gas flows via Yamal and Russia-EU flows via...

Main stage at Glasgow’s Junction 1 to be removed...

China: Xi’an residents in lockdown barter for food amid...

Weinstein defense can use governor’s wife’s email at trial

Struggling to survive in cash-starved Afghanistan

Why one pro-Roe Democrat is still seeking bipartisanship on...

Pelosi says Boebert and Greene ‘should just shut up’