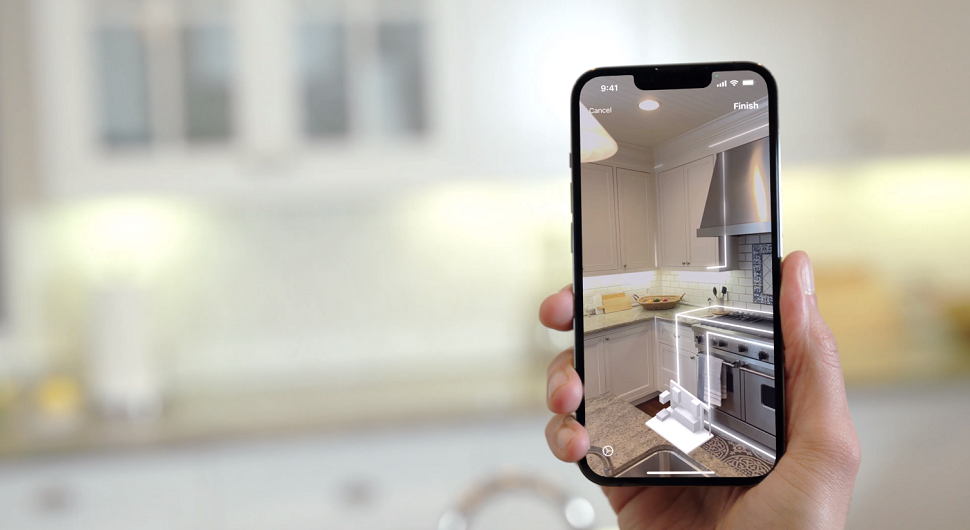 Apple has unveiled a new API for creating 3D floor plans of an interior room. .

Since 2020, top-end iPhones and iPads have been equipped with LiDAR scanners – Light Detection And Ranging technology capable of scanning and mapping out a user’s immediate surroundings.

event, the company has revealed RoomPlan

(opens in new tab), an augmented reality tool powered by Apple’s ARKit, that will let businesses use LiDAR inside their own apps. Aimed firmly at professionals in the real estate, hospitality, architecture, and interior design industries, Apple says RoomPlan will “help your app quickly create simplified parametric 3D scans of a room” to streamline conceptual planning.

Currently, RoomPlan is in beta, but Apple’s developer documentation

(opens in new tab) for adopting this API offers some clues.

Within the app, a user first scans the room with their device. According to Apple, “the framework inspects a device’s camera feed and LiDAR readings and identifies walls, windows, openings, and doors. RoomPlan also recognizes room features, furniture, and appliances, for example, a fireplace, bed, or refrigerator, and provides that information to the app.”

Once the scan is approved, the user can access RoomPlan’s readings. This includes estimated dimensions of a room, the option to add virtual furniture, or even include the room in a 3D game.

3D mapping on mobile devices isn’t new – some of the best interior design software have long-touted AR capabilities. It’s a way of accurately visualizing concepts in situ, allowing users to ‘see’ how completed projects may look in the very space they stand.

By opening up real-time scanning with LiDAR to third-party apps, though, Apple is making access even simpler for businesses keen to bring augmented reality visions to life for customers and clients. And it’s a way to create better experiences for app users. RoomPlan lets app developers “highlight physical structures and display text that guides a user to scan the shape of their physical environment.”

In addition to improved guidance comes better visual feedback during a scan, while the dollhouse view will display everything that’s been scanned in a room. Effectively, with this announcement, it’s possible for development teams to make their 3D home design software even more powerful. Public YouTube videos are now eligible to be ‘remixed’...

The bestselling books of 2022 on Amazon

Euro set for best week since May after ECB...

Pelosi leads Congressional delegation to meet with Zelenskyy in...

This Google Calendar update is a dream come true...

More than 200 sailors moved off aircraft carrier after...

Germany offers aid to businesses hit by war in...

Pret boosts pay to £10 per hour for thousands...

These cool new e-bikes use regenerative braking for a...

Tory leadership: Mordaunt out as Sunak and Truss into...

July 4 parade funerals to conclude with tribute to...

Rugby League World Cup: How to follow the tournament...

Official in one of four Russia-annexed regions in Ukraine...

Wordle is now integrated in The New York Times...

Sevilla win derby against Betis and keep pressure on...

Greener wants to help consumers and businesses be more...

Teenager gets five years for fatally stabbing man in...

Ukraine officials urge civilians in Donetsk to evacuate amid...

Take-Two to acquire mobile gaming giant Zynga for $12.7B...

Performers cancel shows in Russia amid its invasion of...

Laura Ingraham: The left’s control over Washington is getting...

Akhnaten Opera Star Is Offered an Egyptology Fellowship at...

Pennsylvania man arrested, charged after slapping Biden ‘I Did...

The Traitors: Wilfred and Kieran are rooted out in...

Kim Stanley Robinson Makes the Case for Counting Your...

Hurricane Blas heads out to sea off southern Mexico