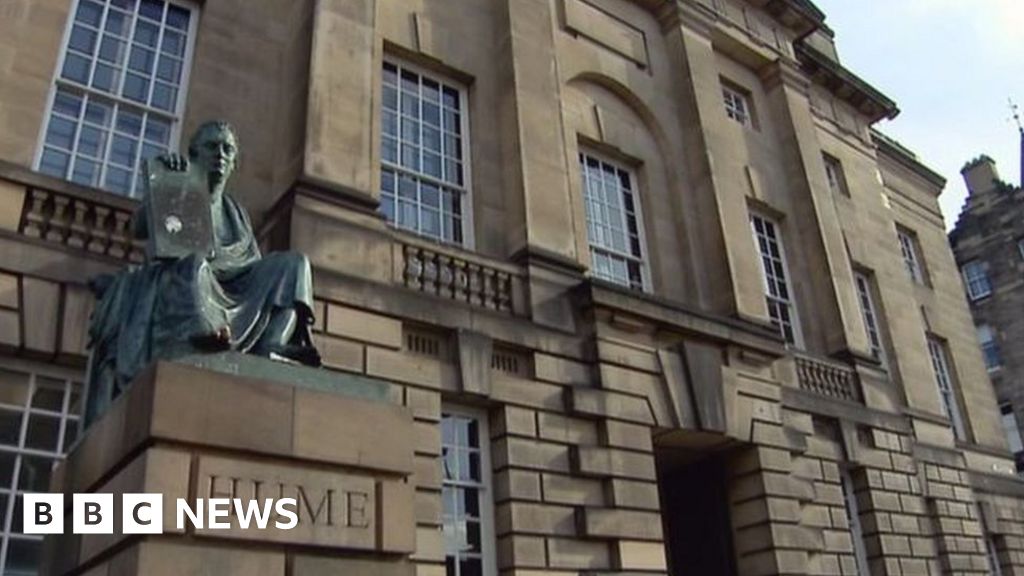 Image caption, Marsters had been jailed at the High Court in Edinburgh

A man who gave a woman drugs before sexually assaulting her has had his jail term cut.

Andrew Marsters, 48, from Peterhead, molested and performed sex acts on the woman at a house in the Aberdeenshire town.

in March, he was sentenced to seven years in prison.

However, judges at the Court of Criminal Appeal in Edinburgh quashed the original sentence and substituted it for a six-year prison term.

The High Court in Edinburgh had heard the former fisherman had an extensive criminal record, including nine convictions for drug offences.

Marsters admitted sexually assaulting the woman on 16 and 17 September 2019 while she was intoxicated through drugs and incapable of giving or withholding consent.

He also admitted being concerned in the supply of the Class C drug Etizolam to the woman on the same dates and possessing the drug on 17 September 2019.

Lord Boyd of Duncansby said Marsters had carried out a “dreadful sexual assault”.

Marsters appealed against the seven-year jail term imposed on the grounds it was excessive.

Lord Doherty, who heard the appeal with Lord Malcolm, said it was a very serious sexual assault and added: “The appellant took advantage of a vulnerable, intoxicated woman who was incapable of consenting.”

He said they were in no doubt that a lengthy sentence was justified but were persuaded that seven years was excessive for the offence.

Tim Scott suggests ‘The Inflation Acceleration Act’ is a...

Police: Suspect in slayings of 4 in Ohio arrested...

The FDA is proposing a move to annual COVID...

Is eco-vandalism an effective way to raise awareness about...

Bipolar disorder: The group changing attitudes about the condition

Shaq turns down boy’s handshake for something better

Mark Zuckerberg just won a big victory in a...

Bracing for cyber-spying at the Olympics

Carson Wentz vs. the NFC East: Where does QB...

Cathay Pacific cuts cash-burn target by half as Hong...

Dunloy out to stop Slaughtneil three-in-a-row

Over 80 percent of NFTs minted for free on...

Gazprom halts gas supply to Poland and Bulgaria as...

Abbott showing DC what it’s like to have people...

The writing was on the wall for the FTX...

Opinion: The Pope puts a crack in the Catholic...

Jared Goff comments on being shut down by Patriots...

‘Mate’ Wigglesworth easy to get behind – Potter

How often should you walk your dog? Best practices...

‘You Will Be Towed’: Driver’s Warning Note on Neighbor’s...

Polestar's electric SUV will drive itself on the highway… eventually