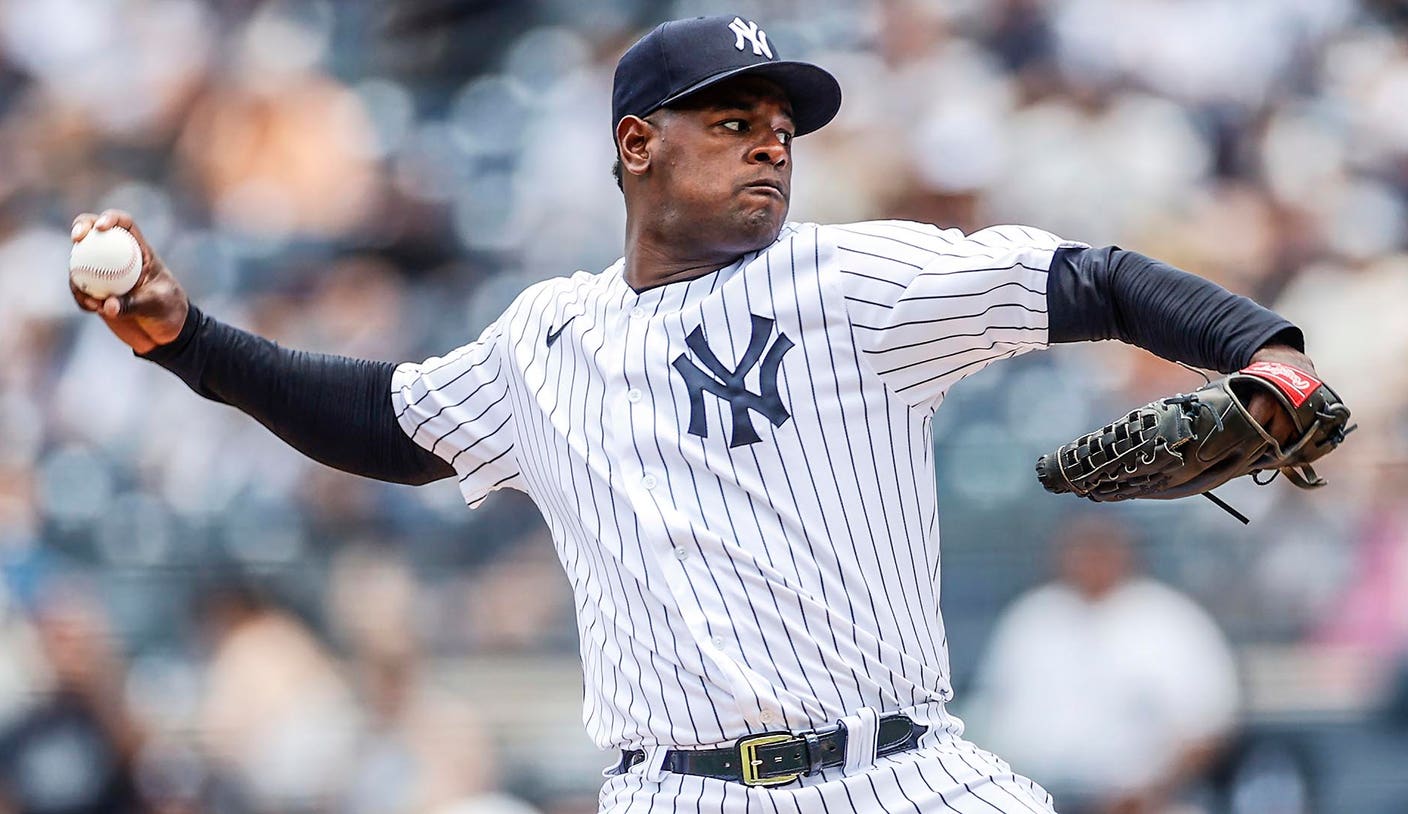 Luis Severino combined with two relievers on a one-hitter to continue New Yorks run of outstanding starting pitching performances as the Yankees beat the Detroit Tigers, 3-0, on Saturday.

Aaron Judge hit his MLB-best 21st homer on the first pitch in the bottom of the first inning. The Yankees won their fifth straight and for the ninth time in 11 games since their only three-game losing streak this year.

Anthony Rizzo also went deep and Josh Donaldson lifted a sacrifice fly for the Yankees, who have outscored opponents 33-3 in their winning streak.

“It was a really good pitch and Cabrera is Miguel Cabrera,” Severino said. “It was hit pretty hard.”

Cabrera singled when his sharp 109.6 mph liner glanced off the top of shortstop Isiah Kiner-Falefas glove and into left field for the sluggers fifth career hit off Severino. It was the only ball the Tigers hit over 100 mph.

“It was tough,” Kiner-Falefa said. “If I didnt move out of that, it would have hit me in the face, probably. It was a tough play. I moved to my left a little bit, and it took off like a slider right in my face. At that point, I was kind of just trying to save my face. I really wanted to come up with it, but it took a crazy turn.”

Severino struck out 10 in seven innings. His only walk came to Derek Hill in the third, and he was thrown out trying to steal second during an at-bat to Jonathan Schoop who ended Coles perfect game.

Detroit was blanked for the seventh time this year, two shy of its total from last season. The Tigers were also held to one hit for the second time this season. On May 8, Jake Odorizzi combined with two relievers on a one-hitter in Houston against the Tigers, whose only hit in that game was a double by Schoop in the second inning.

“He was very dominant,” Detroit manager A.J. Hinch said. “He got us to chase when he needed it. We didnt hit a ton of balls hard. He pitched a great game.”

Following Hills walk, Severino retired the final 13 hitters. He struck out the side in the sixth, getting the final out after Willi Castro pulled a ball foul to right field, and ended his outing by fanning Cabrera for the second time with his slider.

Severino posted his 11th career double-digit strikeout game and first since also getting 10 against Detroit on Aug. 31, 2018. Severinos outing marked the ninth straight time a Yankee starter pitched at least six innings, their longest since also doing it in nine straight starts May 18-27, 2016. It also was the MLB-best 13th time a New York starter finished at least seven innings, one ahead of San Diego.

“Its like a rewind of the day before,” Severino said of New Yorks dominant starting pitching.

Michael King breezed through the eighth. Clay Holmes notched his eighth save, extending his career-high scoreless streak to 26 innings.

“Its been special to watch them go at it,” manager Aaron Boone said. “We talk about passing the baton in the lineup, well, theyre doing it from the starting staff every day were getting that kind of outing.”

It was New Yorks 62nd one-hitter of at least nine innings. The last was April 13, 2019, when CC Sabathia allowed a third-inning single and combined with three relievers against the Chicago White Sox. This Wireless Surround System Is the Future of Home...

‘Claim to Fame’: X on Why Lying About Laverne...

National Religious Broadcasters Meeting at a Time of Heightened...

Labour’s Haigh tells Shapps on rail strikes: Do your...

The return of immigration politics

Social Security boost will help millions of kids, too

DeSantis to push through new Florida map that will...

How 2 common viruses may trigger Alzheimer’s

All Eyes Are on Ian, the Hurricane of the...

California is the first state to make electric cars...

Rangers could face Monaco or PSV Eindhoven in Champions...

See Rosie O’Donnell return in A League of Their...

How Diabetes Drug Became Talk of Hollywood, Tech and...

Crews locate bodies of 2 men who tried to...

Spotify will reportedly integrate live audio into its main...

Report by Brazil’s military on election count cites no...

Nearly one in three Americans say it may soon...

Nextdoor and Vote.org partner to increase voter turnout for...

A new Steam tool can check your library for...

Biden to continue FEMA virus aid for states through...

Celtics players wear T-shirts in support of Brittney Griner ahead of Game...