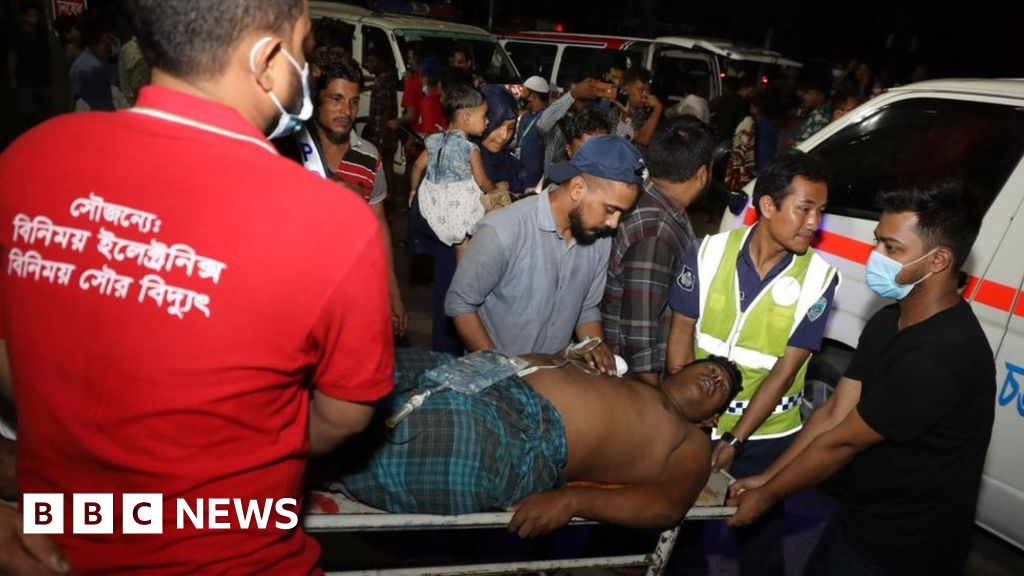 At least five people were killed and scores injured in an explosion at a depot in a south-eastern town in Bangladesh, officials say.

The explosion happened after firefighters were called to put out a fire at a container storage facility in the town of Sitakunda.

Twenty of the injured are in critical condition with burns covering 60% to 90% of their bodies, a doctor at a hospital treating the injured told AFP.

The cause of the fire remains unknown.

Some of the containers at the depot are believed to have stored chemicals, local media report.

The blast reportedly shattered the windows of several buildings nearby and was felt from areas as far as 4km (2.4 miles) away, according to local news outlet Prothomalo.

The town is only 40km (25 miles) from the country’s second-largest city, Chittagong, and one of the city’s hospitals has been inundated with victims. The injured include depot workers as well as fire-fighters and police, according to local media.

Several hours after the blast, fire-fighters were still attempting to extinguish the fire on Sunday morning.

About 600 people worked at the depot, the facility’s director, Mujibur Rahman, told AFP.

Fires are common in Bangladesh. Last year, at least 39 people were killed after a ferry caught fire in the south of the country. And earlier that same year, at least 52 people died in a factory fire in Rupganj near the capital, Dhaka.

Three workers were also killed in 2020 after an oil tank exploded in another container storage depot in Patenga, not far from Chittagong.

Full transcript of “Face the Nation” on February 20,...

Russia is spending big on VPN

Dave Landau: 95 Percent Of People Who Claim To...

Joe Moglia on his Career and the State of...

Who Is in the Cast of ‘High School Musical:...

Czechs ready to reach deal with Poland over disputed...

Calls for reckoning over online abuse of political journalist

Virginia’s Youngkin gets the DeSantis treatment from media

Stressed-Out Supply Chain Managers Are Throwing in the Towel

Becker concerned players may become ‘machines’ under beefed up...

Russia’s Rusal shares slip in Hong Kong, ahead of...

Garmin Forerunner 955: everything we know so far

U.S. economy adds 390,000 jobs in May amid volatile stock market