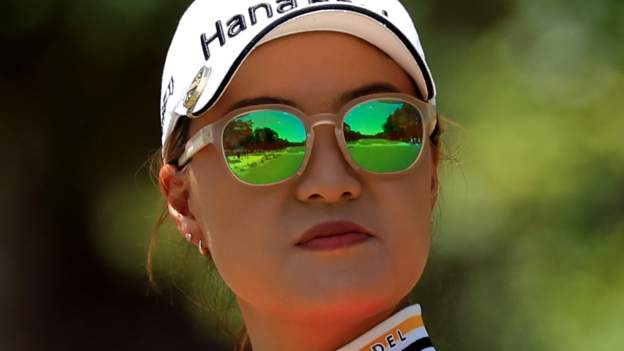 Lee is closing in on the biggest win of her career

Australia’s Minjee Lee opened up a three-shot lead at the top of the US Women’s Open leaderboard heading into the final day at Pine Needles.

The world number four strung together five birdies in seven holes either side of the turn to move to 13 under, three clear of American Mina Harigae.

England’s Bronte Law is third, on seven under, with New Zealand’s Lydia Ko a shot behind after a five-under 66.

Lee has only been under par in two of her eight previous US Open appearances.

But the 26-year-old, who won last year’s Evian Championship, now has an excellent shot at the second major of her career at the North Carolina course. Opinion: My brother is serving 20 years in a...

Who Are Our Rulers? Whom Do They Serve?

What Makes A Radical?

Woman Tried to ‘Shoo’ Coyote That Bit Her In...

How Walt Disney World Cast Members are Celebrating the...

Expensing and loopholes: Gaming out what’s next for the...

70% of Germans back Ukraine despite high energy prices...

The best DSLR cameras and mirrorless cameras on Amazon...

Ukraine, Poland and UK agree on accord to combat...

Experts worry about how US will see next COVID...

Egypt’s Hunt for Wheat Takes on New Urgency as...

Delaying National Insurance rise would be ‘no problem’

US and Russia hold talks amid Ukraine tensions