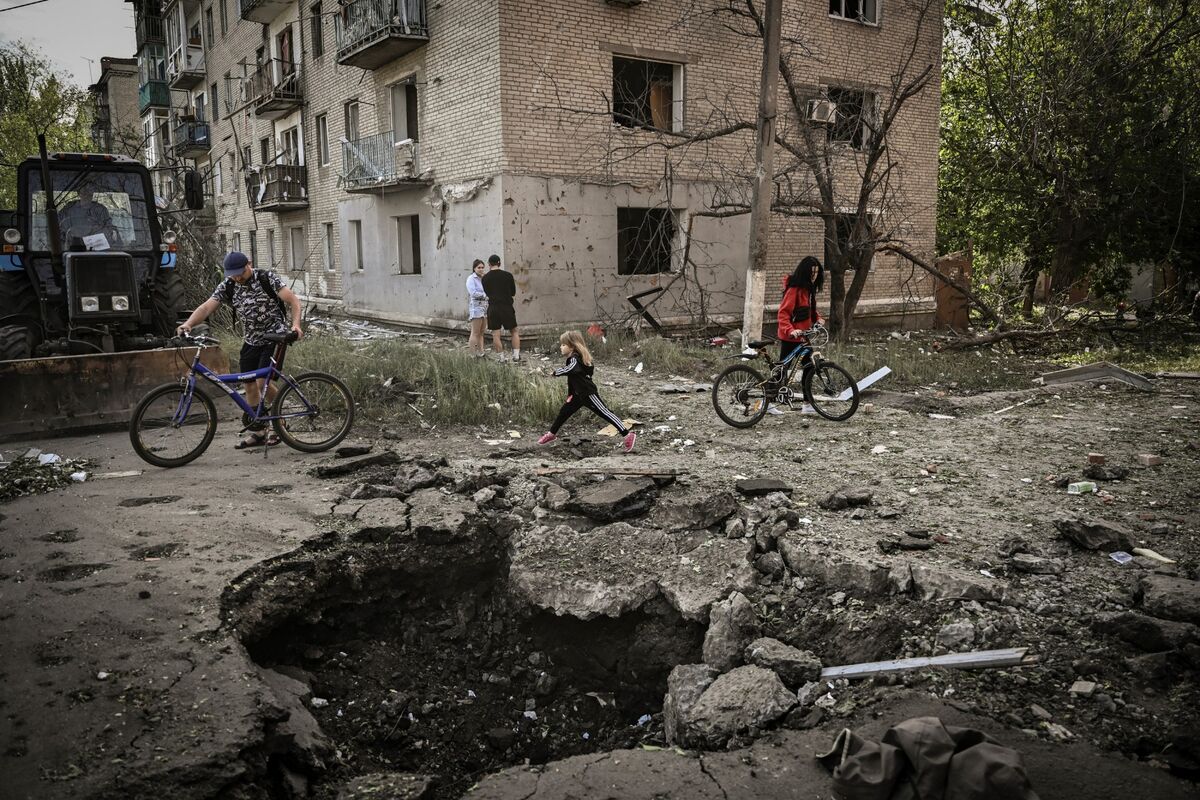 In the 100 days since President Vladimir Putin invaded Ukraine, he has caused immense death and destruction for few military gains and at huge economic cost. Yet he shows no sign of cracking even as Russias war aims have proved illusory.

Putin appealed to Ukraines army to immediately lay down arms and go home on the first day of the war, apparently convinced Russias neighbor would welcome his troops as liberators from a neo-Nazi junta.

Instead, fierce Ukrainian resistance broke Russian attempts to seize the capital, Kyiv, and has forced a retreat to focus on the eastern Donbas region. Ukrainian President Volodymyr Zelenskiy has emerged as a global symbol of democratic resistance to tyranny.

Putin declared the invasion was a response to NATOs unacceptable expansion. Yet Sweden and Finland are now poised to join, greatly increasing Russias border with the military alliance.

After vowing to demilitarize Ukraine, Putin has prompted the US and Europe to deliver massive quantities of modern weapons to help Ukrainians defend themselves all this while incurring unprecedented sanctions that may push Russia toward its deepest recession in decades as foreign investors flee.

The challenge facing the US and its allies now is how to ratchet up the pain for Putin while avoiding divisions that may let him claim a Pyrrhic victory if his army succeeds in taking the Donbas and absorbing it into Russia. Zelenskiy said yesterday Russia now occupies 20% of Ukraine.

Rising energy prices are already causing political difficulties for US President Joe Biden and in the European Union, where a partial ban on Russian oil was agreed yesterday after weeks of division. Russian blockades of Ukrainian grain exports threaten a global food crisis that may add to calls for concessions to end the war.

Ukraine confounded Russian expectations of a quick and easy victory. The question now is whether the West or Putin will have greater staying power.

A man inspects a destroyed Russian tank in Dmytrivka village near Kyiv.

Gun plea | Biden called for a ban on sales of assault weapons and high-capacity magazines, pleading with Congress to toughen laws following a spate of mass shootings. Still, he acknowledged that Congress is unlikely to restrict them, with Republican lawmakers, who can block the passage of bills in the Senate, vowing to prevent sweeping gun-control measures.

Jan. 6 hearings | The US Congressional committee investigating last years insurrection at the Capitol will lay out its findings in hearings starting next Thursday. The panel said it will detail how former President Donald Trump and allies attempted to overturn the 2020 election results. At issue is whether Trump and his associates organized and incited the mob, which he and his former top advisers deny.

Saudi nod | OPEC+ agreed to open its oil taps faster in the summer months, a gesture of reconciliation to the US that nevertheless keeps Russia at the heart of the cartel. The White House welcomed the deal, which came after months of diplomatic pressure on Saudi Arabia to mitigate the surge in energy prices thats battered the global economy since Russias invasion of Ukraine.

Spain and Italy have the EUs worst labor slack

Note: Labor slack is the sum of job-seekers, people who are available to work but do not look for work, and people who are looking for work but are not immediately available and part-time workers who want to work more.

The proportion of Italians who dont bother to seek work is among the highest in Europe. It poses a challenge for unlocking the jobs potential in the euro zones third-biggest economy, which is one of the few options available to fight the impact of a demographic decline so stark that the worlds richest man, Elon Musk, has warned the country risks having no people left.

Radical warning | Colombian voters will reject the socialist Venezuelan model when they vote in a runoff election in just over two weeks, outgoing President Ivan Duque said in an interview. Duque, who is term-limited and deeply unpopular in polls, didnt identify specific candidates, but left-wing senator Gustavo Petro, 62, is running against construction magnate Rodolfo Hernandez on a platform that centers on a radical shift in the economy.

Price rival | Turkish President Recep Tayyip Erdogan has no clear rival for elections next June, with the opposition yet to agree on a candidate to challenge him. But as Selcan Hacaoglu writes, runaway inflation is the most urgent threat to his nearly 20-year grip on power, and its a formidable one: A survey by MetroPoll shows public support for Erdogans Justice and Development Party has fallen close to the lowest level since it was established.

Bloomberg TV and Radio air Balance of Power with David Westin weekdays from 12 to 1 p.m. ET, with a second hour on Bloomberg Radio from 1 to 2 p.m. ET. You can watch and listen on Bloomberg channels and online here or check out prior episodes and guest clips here.

Pop quiz, readers (no cheating!). In which country has a 26-year-old woman become interim co-chair of a top political party and the inspiration for millions enraged by a rash of high-profile sexual harassment cases? Send your answers to [email protected]

And finally … After not broadcasting its location for almost two weeks, a $150 million luxury superyacht linked to Leonid Mikhelson a sanctioned billionaire and Russias second-richest person reappeared, transmitting that it was headed to the Bahamas and Barcelona. But its final destination was actually Turkey, a favored destination for superyachts connected to Russian tycoons facing scrutiny as countries look to step up sanctions for Putins war.

The superyacht Pacific at Cruise Port Harbour in Marmaris, Turkey, in 2020.

With assistance by Gordon Bell Realme’s next cheap phone has a weird color-changing back

Today is the Day! Lunar New Year Celebration is...

Lessons About Inflation from Brazil

Cyprus trial of UK man: Was it murder or...

Was moral campaigner Mary Whitehouse ahead of her time?

How living with a dog or large family may...

‘Our Media Need Not Be Dystopian’

We’ve got more clues for the prices of the...

Day 5 of the 2022 Beijing Winter Olympics

Business harvests the only substance legally applied to MLB...

Parallel parking may get a lot easier with this...

Beijing Olympics hit the heights — and the depths

Sergio Garcia to ‘hold off’ on quitting DP World...

U.S. Calling Russia Terrorism Sponsor Would Be ‘Point of...

Hospitals and health care workers in Ukraine under attack