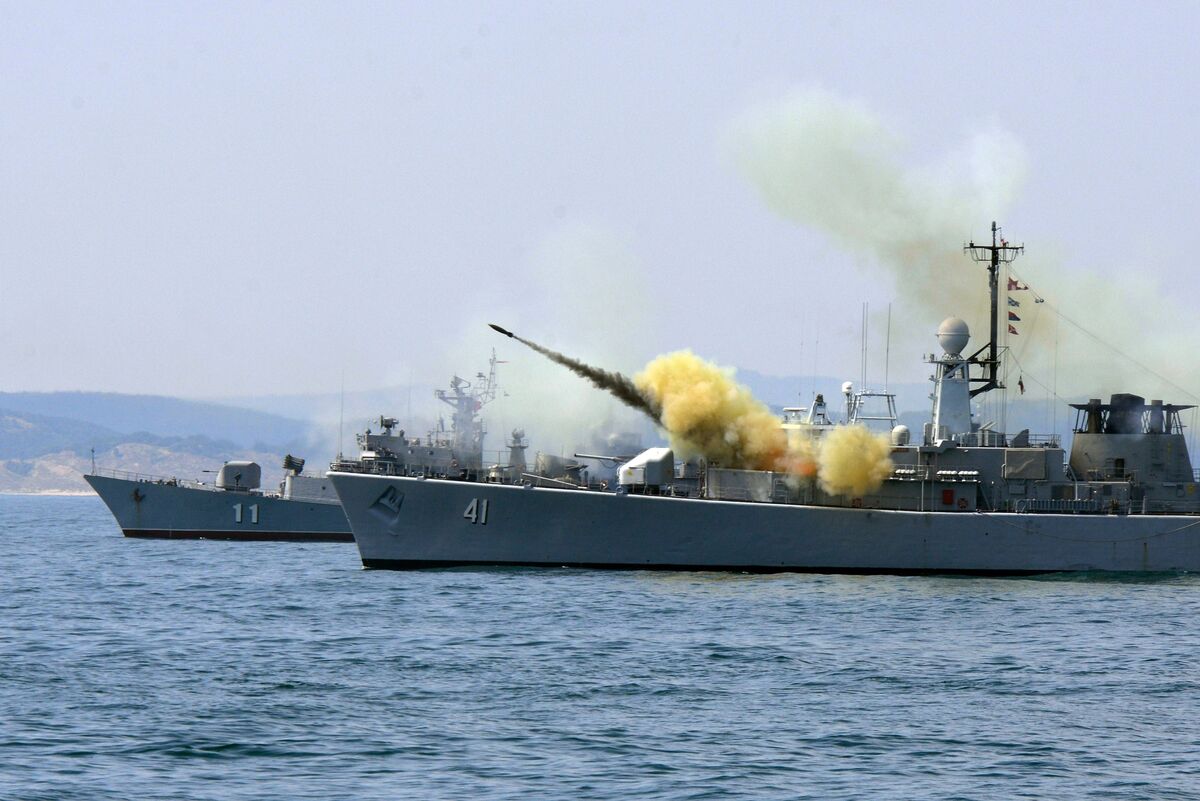 When I was operations officer on an Aegis guided-missile destroyer in the late 1980s, we were given a mission in the Arabian Gulf. The Iranians, amid the so-called Tanker War with Iraq, were trying to close off the vital Strait of Hormuz.

The rest of the world needed to keep oil flowing, and chose a fairly dramatic solution: escorting convoys of oil tankers, which were flagged by the US, in and out of the tight waterway. Called Operation Earnest Will, it was mostly successful, running from the hot summer of 1987 to the fall of 1988. (Admittedly, there was a great tragedy during this time, the downing of an Iranian jetliner with 290 people killed.)

Earnest Will kept the oil flowing and took away leverage from the Iranians. My cruiser, the Valley Forge, had a successful deployment, and the mission had an important impact on global geopolitics and energy supplies.

As the world faces food shortages due to the illegal blockade of Ukraine by Russia, the US and its allies should consider a similar response.

Ukraine supplies a significant portion of the worlds wheat (roughly 7% of global exports), sunflower oil and other critical agricultural products. Russias actions are not only illegal under international law but may well cause famine in the Middle East and North Africa ­ already unstable hotspots.

Russian President Vladimir Putin has maritime control of the northern Black Sea because his fleet, with more than two dozen significant combatant ships, is by far the most powerful in the region. With 25,000 mariners and around 40 surface warships and seven submarines, the fleet is formidable even after the loss of its massive Slava-class flagship, the Moskva, to a Ukrainian cruise missile strike in April.

While North Atlantic Treaty Organization allies Turkey, Romania and Bulgaria have capable forces in the Black Sea, Ukraine has virtually no navy left to challenge the Russian blockade. Russian forces are arrayed along its coast and are in position to choke off the economy, with the side-effect of preventing agricultural products from reaching their intended markets.

Moscow is using a strategy reminiscent of the one employed by the Union military against the agrarian South in the US Civil War. Called the Anaconda Plan, after the snake that chokes its victims to death, the seagoing portion deprived the Confederacy of hard currency by preventing the export of cotton. Several European countries challenged the maritime blockade, to little avail.

Putin is taking a page out of Lincolns playbook, and it is having an effect. The Russians have now proposed negotiations to allow the shipment of grain in return for a lifting of Western sanctions, which the US and its allies will not accept.

Which brings us to the idea of breaking the blockade by escorting merchant ships. The first challenge is the most obvious: Who will do the escorting? This could be done under the auspices of the United Nations, by NATO or by a coalition of nations willing to undertake what will be a provocative and dangerous mission.

The most likely approach would be the latter, led by the US and probably including the UK and France, and perhaps Black Sea nations Turkey, Romania and Bulgaria.

A second challenge will be clearing mines, because both the Ukrainians and Russians have used them to try and control the seas along the Ukrainian coast. NATO has a standing force of minesweepers for exactly this purpose. This flotilla is operating under the command of one of my successors as supreme allied commander, General Tod Wolters.

Third, the nations carrying out any blockade would need to work with the major shipping countries and the international merchants who carry and own the grain and other products. This could be organized by the International Maritime Organization, headquartered in London. Part of the UN, the IMO played a similar role in organizing international responses to piracy off the coast of Africa when I was NATO commander.

This will probably also require some of the merchant ships to be re-flagged to the nationality of the countries participating in the operation, as the US did in the Gulf.

Lastly, there is the task of informing Russia of the plan and ensuring that it understands that the coalition conducting the operation will tolerate no interference but also has no wish to enter combat with the Russian Black Sea fleet. Moscow will likely bluster, but the idea of it attacking NATO warships in international waters is low. If, against the odds, the Russians did something stupid, it would be met with a proportional use of force.

We have reached a pivotal point: Grain shipments are cut off, the Ukrainian economy is devastated, and the coming food crisis must be avoided. The democratic allies should explore an Operation Earnest Will-style approach. Simply allowing Putin to have his way on the high seas cannot continue. Ashley McBryde on CMAs, how she hasn’t spoken to...

Former Nazi Camp Secretary Found Guilty in What Could...

Behind the Scenes with FOX NFL crew: A trip...

Forget the metaverse, the Meetaverse is where your next...

Walmart Deals for Days: The best deals at the...

Roe v Wade: The world reacts to US abortion...

Ukraine: US could sanction Putin if Russia invades, Biden...

I’ve had PS Plus for eight years and it...

Sunday competitor Qlub emerges with $17M Seed round from...

Boots and balls made for men an injury risk...

House Dems still wrangling the votes for an assault...

England manager Southgate to stay on until Euro 2024

Why England’s meeting with Iran is a stage for...

NASA’s Plan to Get Ingenuity Through the Martian Winter

Review: Lonely souls at the cinema in ‘Empire of...

Man Backed for Calling Out Stranger Over ‘Weird’ Seat...

Hasbro sales slip as families tire of playing with...

Virginia on track to send first Black woman to...

Norfolk to Halt Bulk Rail Shipments From Thursday Ahead...

Greta Thunberg aims to drive change with ‘The Climate...

What Happens When the Third Rome Falls?

Kevin Garnett calls out Anthony Davis, wants him to...

How Fetterman drew Oprah into the race against Oz

Isabella Weber On a New Way to Think About...

Ford Fiesta car set to be discontinued as model...

Opinion: What this pilot knows about flying in mountainous...

Meet Mama Whistle: 'It's a red card if you don't wash your...