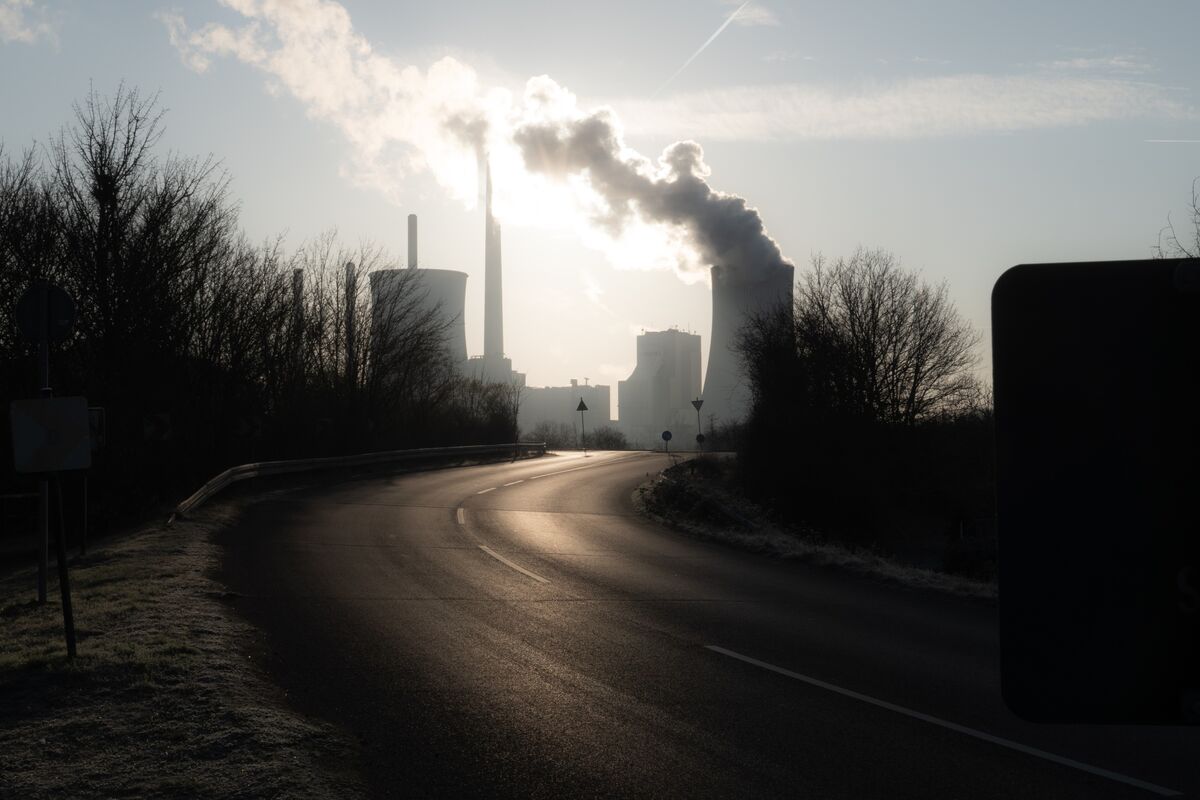 Germanys energy security hinges on a utility whose bets on Russian energy are backfiring in the geopolitical standoff over President Vladimir Putins invasion of Ukraine.

Amid volatility on gas markets, Uniper SE  created six years ago to run aging fossil-fuel assets has shown increasing signs of financial strain, raising the prospects that Chancellor Olaf Scholzs government and parent Fortum Oyj may have to extend the Dusseldorf-based company even more money.

downgraded Uniper to the lowest investment grade, with a negative outlook. The energy company had already warned that such a move could prompt lenders to restrict access to credit and peers to demand more collateral to back trades.

This war in Europe is a watershed also for Uniper, Chief Executive Officer Klaus-Dieter Maubach at the companys annual general meeting on May 18. No one can predict how the situation will develop in the coming weeks and months.

The utility, whose name is a mashup of unique and performance, has emerged as the weakest link in the network that powers Europes largest economy. If tensions with Moscow leads to a further squeeze on gas supplies, Uniper would suffer and the ripple effects would hit the industrial companies and local utilities it supplies.

Uniper epitomizes Germanys cozy relationship with Russia over energy, an issue that Berlin failed to see until tanks rolled toward Kyiv three months ago. Scholzs government is now trying to unwind decades of dependence, with plans to phase out Russian coal and oil imports by the end of the year. Gas though is trickier, and Uniper is at the center of that reliance.

The companys problems are tied to its creation in 2016. With Germany setting the wheels in motion to gradually shift to wind and solar energy, hulking power plants that burn coal and gas were no longer in vogue. To focus on operating renewable capacity, EON SE pooled these assets into Uniper and spun it off.

With its remit focused on milking these facilities until the end of the fossil-fuel era, Uniper had little incentive to do anything else than seek out the cheapest energy available.

The company continued to cultivate links to Russia, with huge supply contracts and an investment in Gazprom PJSCs controversial Nord Stream 2 pipeline  which would have bypassed Ukraine to send Russian gas directly to Germany if certification wasnt halted amid tensions over Ukraine. Uniper bought coal from Moscow and its gas purchases were 13 times more than those of larger German rival RWE AG before Russias invasion.

Uniper is facing real problems right now, said Patricio Alvarez, a Bloomberg Intelligence analyst. It is too exposed to the threat of Russia turning off the taps.

The gas receiving station of the Nord Stream 2 project in Lubmin, on April 5.

Germany can ill afford to let Uniper stumble. It sent that signal already in January when state-owned development bank KfW extended the company 2 billion euros ($2.1 billion) in loans to help cover margin calls as gas prices shot up, even before the war in Ukraine.

Since then, gas transit via Ukraine has already been curtailed after an important receiving point was put out of service amid the fighting. Russia, which cut off Poland, Bulgaria and Finland, has also curbed flows to Germany in retaliation over Berlin seizing local Gazprom units.

Germany Girds for Day of Reckoning in Russian Gas Showdown

While these cuts havent had a major impact on supplies to Europe, they roil energy markets and the volatility makes Unipers trading counterparts nervous as the company would have to cover any shortfalls as prices spike.

The market has been concerned that if Russian gas stops being delivered to western Europe, for whatever reason, Uniper would still be on the hook to deliver this gas to its customers, said Sam Arie, head of European utilities research at UBS.

German utility Uniper has been under pressure from Russian gas turmoil

The turmoil for Uniper is compounded by its Unipro unit, which operates five power plants in Russia and accounted for almost a fifth of the utilitys earnings last year. Sanctions, which block access to those profits, and international pressure prompted the company to restart a process to sell the unit.

Even if Uniper found a buyer for its Russian business, its unclear how or when it would be able to get the money outside of Russia, said Andrew Moulder, senior European utility analyst at CreditSights. The variation of margin payments in power hedges is also putting stress on the companys liquidity.

Unipers net-margin requirements were at 4.5 billion euros at the end of March, and liquidity will continue to be a challenge for the company, S&P said. The company has said its discussions with counterparties over additional collateral will determine its liquidity position.

Uniper shares have tumbled 27% since Russia invaded Ukraine, while Fortum has fallen 15% and former parent EON is down 19%. RWE has actually climbed 8%. Bonds issued by Fortum and due in 2029 have lost 12% of their value over the period and were quoted at around 89 cents on the euro on Friday, a value typically considered stressed territory.

Fortum owns about 75% of Uniper. The Finnish government in turn holds 50.8% in Fortum and cant reduce its stake to less than 50.1% without parliamentary approval. That means it would have to buy shares in any rights issue but state loans might be easier, if an influx of capital is needed.

How Europe Became So Dependent on Putin for Its Gas: QuickTake

Regardless of Fortums exposure, Germany has too much at stake to let Uniper fail. Aside from its market power, the company is playing a key role in helping the government set up infrastructure to import liquified natural gas to offset Russian deliveries via pipelines.

There is a very good and established contact and alignment with the German government, a Uniper spokesman said in a response to Bloomberg questions on whether its seeking more financial help.  As the countrys biggest gas import and storage company, Uniper is highly relevant for Germanys energy supply going forward.

Uniper says its more financially robust than it was in December, thanks in part to the financial headroom from the KfW and Fortum loans. And the low credit rating is familiar territory as Uniper started its journey at the same level and kept the rating until 2018. Also, the German government is putting legislation in place to allow gas companies to reset prices to customers in case of a supply emergency, which could give Uniper a release valve.

We will continue to strive for and are committed to take all necessary actions within our powers to protect our investment-grade rating, Chief Financial Officer Tiina Tuomela said.

With assistance by Irene Garcia Perez, and Kati Pohjanpalo Group trying to disbar lawyers who worked on Trump’s...

Covid: Hospitality ‘in peril’ without extra money after Christmas

Hawaii to require travelers have booster shots to be...

The best air fryer deals you can get right...

POLITICO Playbook: Pundits to Biden: Here’s how to fix...

US Open: Rory McIlroy ‘excited to be in the...

The ‘Scooby-Doo’ Mystery Machine was listed on Airbnb and...

Google, Meta and the rest will be forced to...

South America: More than 100 animals released back into...

Higher gas prices a factor for those considering hybrid/electric...

Target to Invest $300 Million to Boost Wages and...

Why more Americans are quitting their jobs than ever...

Rubio on failed cease-fire: ‘The Russians never keep their...

Where abortion stands in your state: A state-by-state breakdown...

Blinken: US not seeking regime change in Russia

Awkwafina issues statement addressing accusations that she has used...

Ukraine: Two sisters fled their home, but carried on their martial arts...