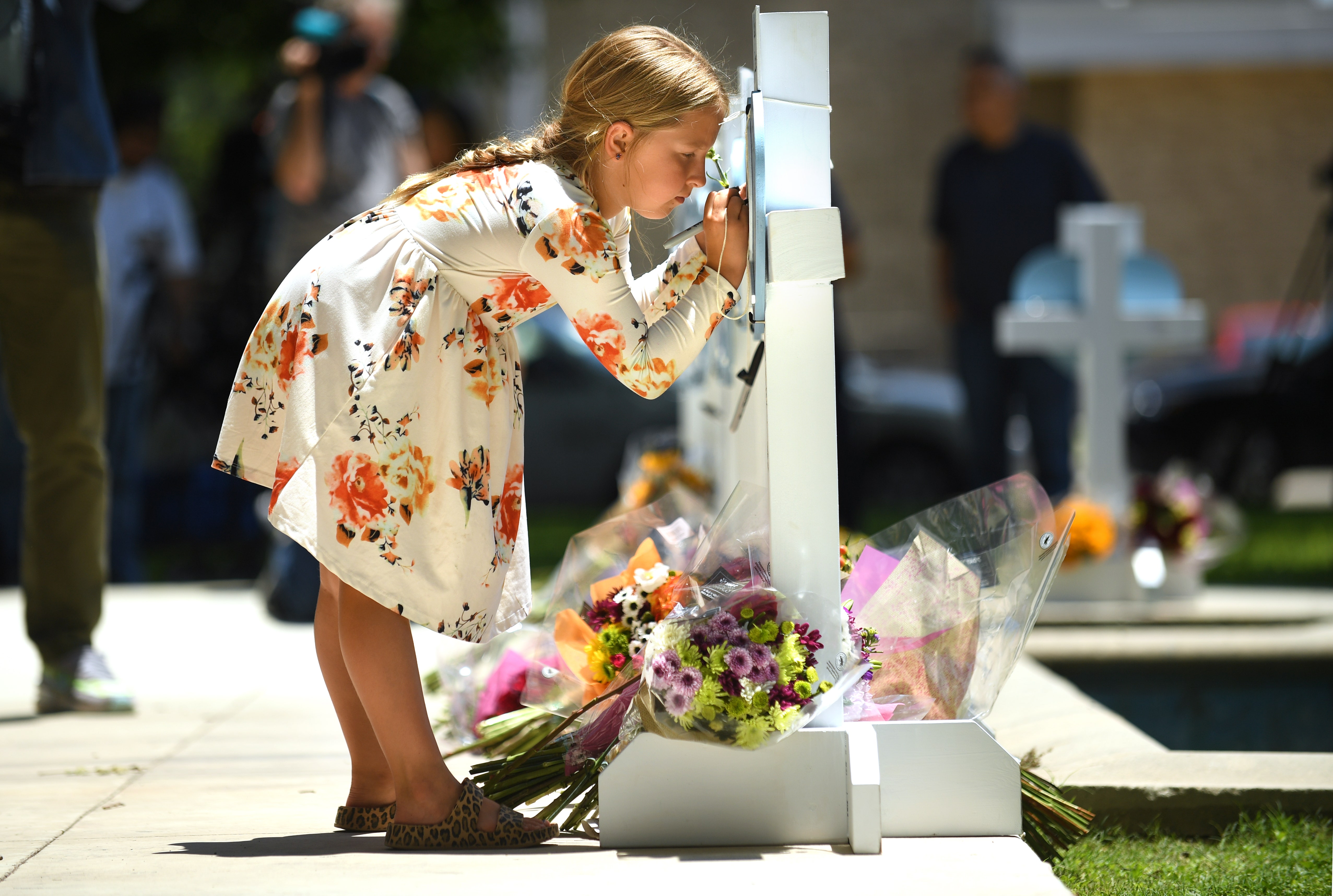 Former assistant bureau director Chris Swecker said the school district authorities should have shifted their tactics immediately upon hearing of the 911 calls.

He underlined that the blame should not fall on the Texas Department of Public Safety, which was not the responding agency, adding he personally knows its commanding officer, Col. Steve McCraw.

“A lot of things went wrong here. Right from the very beginning, the security at the school all kinds of different security flaws there. If they had their procedures in place, they certainly didn’t practice them,” he told “The Ingraham Angle.”

Kymber Guzman, 8, signs a memorial for the victims of a mass shooting in Uvalde, Texas.

He cited McCraw’s news conference explanation, that two Uvalde CISD officers went inside the building while 19 others gathered outside, before a decision came down to wait to engage the shooter.

“What we don’t know is whether they were in touch with dispatch; the 911 center, because if they were aware that the children were calling from inside that room, then there is absolutely no excuse,” he said.

“That should have been the Charge of the Light Brigade,” Swecker said, referring to the famed insurgency by British forces during the Crimean War.

“They should have just kept on going until they neutralized that shooter because, you know, there are survivors inside and [the shooter] is still in there.”

Swecker said McCraw “laid it on the line today” when he clarified conflicting reports that led to criticism of UCISD police actions.

“A lot of things went wrong here, but clearly they should have gone in,” he said.

Will Smith and more celebrate their SAG Award nominations

More Boosters Are Coming. But Who Should Get Them?

Japan, US hold navy drills off Koreas amid nuke...

Ncuti Gatwa: The Scottish-Rwandan roots of the 14th Doctor...

‘Our Father’ on Netflix: What Is the Quiverfull Movement?

EXPLAINER: What is behind Turkey’s Syria incursion threats?

‘Young people may have 10-plus careers in their lifetime’

At Long Last, Covid Vaccines for the Youngest Kids

Russia’s Debt Payments Confront US Treasury With a Tough...

US tells UN Russia has list of Ukrainians ‘to...

Labour would use private providers to cut NHS waiting...

Pte Joseph Berry death ‘could not have been prevented’

The Post-Liberals’ Fight for the Weekend

The Latest Sign of Dairy Inflation Is Tanking Sales...

The heavy losses of an elite Russian regiment in...

‘Aladdin on Broadway’ Grants a ‘Disney Wish’ to Sail...

The question the GOP must answer about January 6

Week in Review: Try telling Netflix that sharing is...

Ohio State University granted trademark for ‘THE’ on merchandise