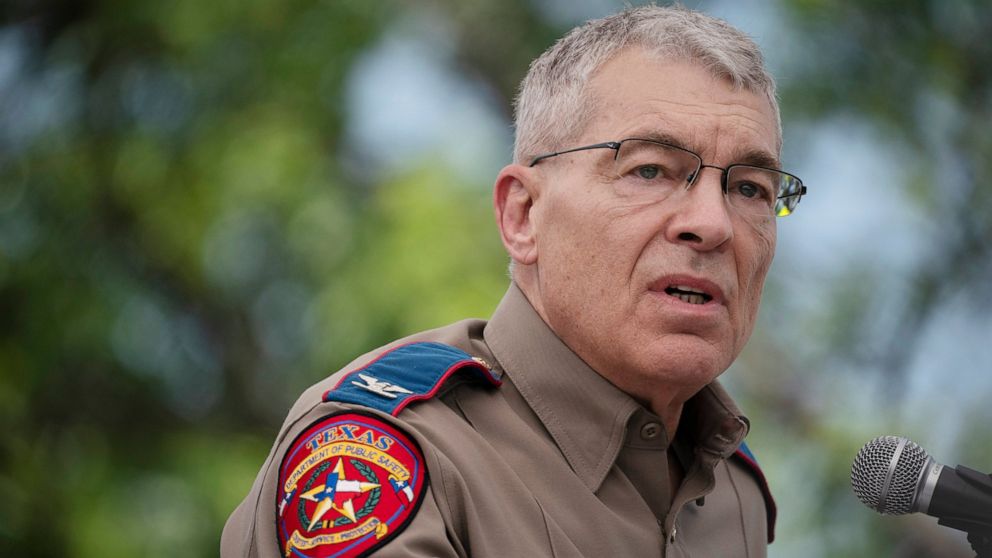 The police official blamed for not sending officers in more quickly to stop the Uvalde, Texas, school shooting is the chief of the school system’s small police force, a unit dedicated ordinarily to building relationships with students and responding to the occasional fight.

Preparing for mass shootings is a small part of what school police officers do, but local experts say the preparation for officers assigned to schools in Texas including mandatory active shooter training provides them with as solid a foundation as any.

The tactical, conceptual mindset is definitely there in Texas, said Joe McKenna, deputy superintendent for the Comal school district in Texas and a former assistant director at the state’s school safety center.

A gunman killed 19 students and two teachers at Robb Elementary School on Tuesday. As students called 911, officers waited more than an hour to breach the classroom after following the gunman into the building. The district’s police chief, Pete Arredondo, decided officers should wait to confront the gunman on the belief he was barricaded inside adjoining classrooms and children were no longer at risk, officials said Friday.

It was the wrong decision, Steven McCraw, the head of the Texas Department of Public Safety, said at a news conference Friday.

A group of Border Patrol tactical officers would later engage in a shootout with the gunman and kill him, officials said. Arredondo could not immediately be reached for comment Friday by the AP.

Across the country, police officers who work in schools are tasked with keeping tabs on whos coming and going, working on building trust so students feel comfortable coming to them with problems, teaching anti-substance abuse programs and, occasionally, making arrests.

The police department for the Uvalde Consolidated Independent School District says on its website that its primary goal is to maintain a safe and secure environment for our future leaders to learn and our current leaders to educate while forming partnerships with students, teachers, parents, and the community while enforcing laws and reducing fears.

The active shooter training was mandated by state lawmakers in 2019 in response to school shootings. Under state law, school districts also are required to have plans to respond to active shooters in their emergency response procedures.

Security can sometimes become lax because school officials and officers may not believe a shooting will ever happen in their building, said Lynelle Sparks, a school police officer in Hillsboro, Texas, and executive director of the Texas Association of School Resource Officers.

Its always making sure that you are prepared, she said. People get relaxed. It happens in every district. You cant say that it doesnt. It happens everywhere. We get to the point, Oh my gosh. This is horrific. Safety Safety Safety. The school year goes by, Oh, why do I have to lock my door everyday, you know? I wish that every teacher would teach behind a locked door. It doesnt make it a prison system. Its about saving lives.

Under the incident command approach that was widely adopted after 9/11, it is unsurprising that the school police chief would be considered the commander, even following the arrival of officers from other agencies, McKenna said. The designated person would be considered the commander until relieved by a higher-ranking officer, but that doesn’t necessarily happen immediately when efforts to save lives are continuing, he said.

Obviously its still an ongoing investigation, but it would make sense that a police chief of a school district would be the initial incident commander,” McKenna said.

While many schools around the country host school resource officers who report to their municipal police departments, it is not uncommon especially in some Southern states and large cities for school districts to have their own police forces, like Uvalde.

McKenna said his research on school policing indicated that training and other factors mattered more than which agency was managing the officers.

It doesn’t matter if you’re in a school police department or an SRO, its more about the components of any good officer, he said.

The Associated Press education team receives support from the Carnegie Corporation of New York. The AP is solely responsible for all content.

More on the school shooting in Uvalde, Texas: https://apnews.com/hub/uvalde-school-shooting

Dad Looking for Toy That Child Threw Out Window...

#DisneyCreators: Dreams Do Come True Aboard the Disney Wonder

Despite risk of death, Thailand sends Myanmar refugees back

The Black Keys still raw, fast and loose on...

Your pictures on the theme of ‘on two wheels’

A roadmap to the 2022 midterm elections

Coinbase’s (COIN) NFT Marketplace Opens to All, But IS...

If Democrats have their way, gas prices will surge...

War in Ukraine: We are holding on, say Mykolaiv...

UK government sets out plans to rein in Big...

What we know about the DHS investigation into extremism

Kilmeade: Refund the police and live ‘our full lives...

The 5G-airline snafu: Everything we know

Plans for almost 250 new homes near Portree on...

Biden’s historic Supreme Court pick will be a come-from-behind...

Keir Starmer on Wakefield by-election: ‘Tories out of touch,...