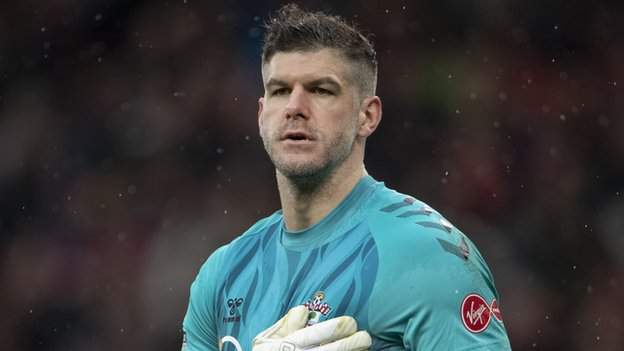 Forster has made 134 appearances for the Saints since joining from Celtic in 2014.

The England international’s contract expires at the end of next month, which allows him to move clubs as a free agent.

BBC Sport understand that the 34-year-old has already undergone a medical and the deal will be announced soon.

Lloris’ current deputy Pierluigi Gollini is on loan from Serie A side Atalanta, but his future is unclear. Spurs have the option to buy him, but in recent days he revealed he would be happy to return to Italy.

Former Newcastle and Celtic keeper Forster joined Southampton in 2014 and made 156 appearances for the south coast club. He has been capped six times by his country.

Dinosaur tracks from 113m years ago exposed by severe...

How and where the Seoul stampede happened

Philippines martial law: The fight to remember a decade...

UN chief: ‘We are on a highway to climate...

‘I Would Rather Die Than Kill Anyone’: 7 Russian...

Henry Cavill: British actor will not return as Superman

Hydra aims to be the open cloud data warehouse...

McCarthy is being consumed by the MAGA politics he...

Perceptron: Robots that feel pain and AI that predicts...

Playing Baldur’s Gate on Nintendo Switch has revolutionized the...

You can now join a video call straight from...

The Business Tax That Could Save US Child Care...

Ukraine Latest: US, UK and France Warn Russia Not...

Angelina Jolie ‘Rushed to a Bomb Shelter’ in Ukraine,...

Russia Says It Has Taken Complete Control of Mariupol...

Sonos Ray review: A soundbar that nails the basics