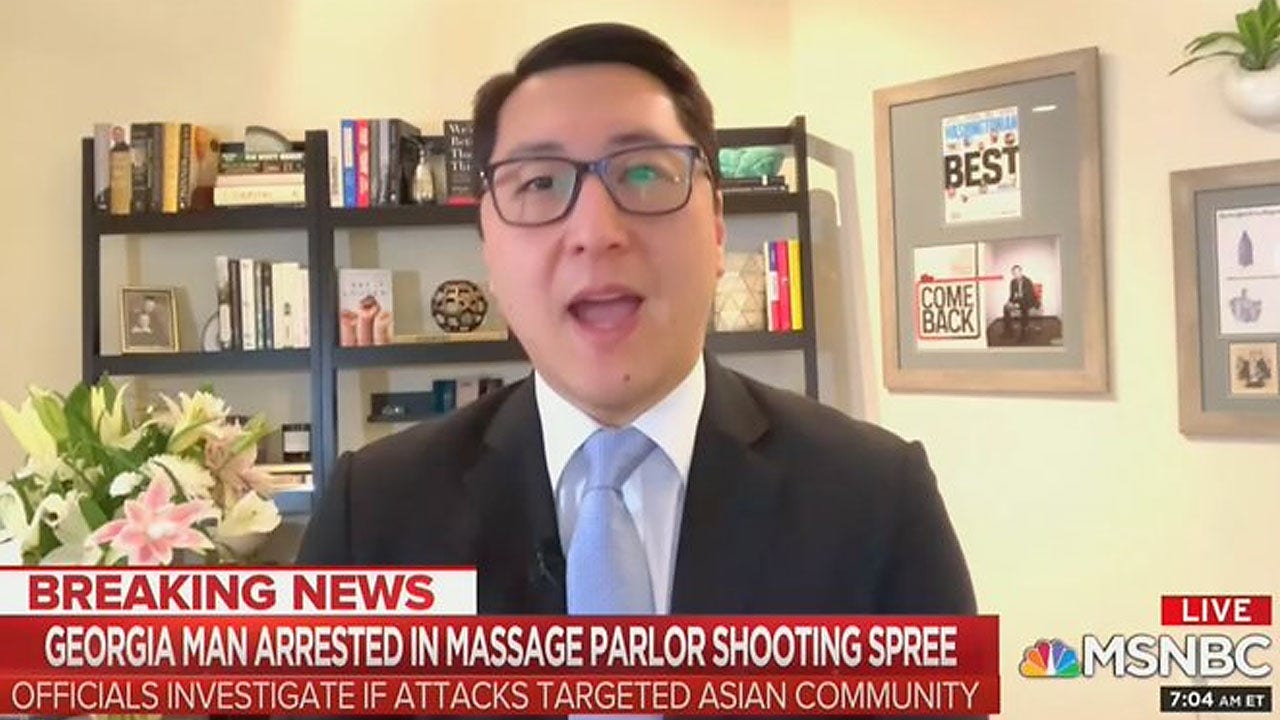 Democrat advisor Kurt Bardella claimed that Republicans swiftly passed the Patriot Act of 2001 only after a minority committed a crime.

Appearing on MSNBCs “The ReidOut” Thursday, Bardella called out what he saw as reprehensible behavior by Republicans who oppose new gun control measures following the mass shooting at Uvlade, Texas.

While criticizing conservatives, he claimed that Republicans only pass swift measures after minorities commit crimes and cited the Patriot Act as one of them.

“Were at a point here where, how many lives need to be lost? Whats the threshold for the pro-life party to finally decide that enough is enough. Its interesting that when anyone that has a dark shade of skin commits a crime Republicans are willing to move at warp speed to do anything whether its build a wall, pass the Patriot Act, theyre willing to go to extreme measures anytime someone with a darker shade of skin commits a crime. But God forbid another gun crime happens in America, theyre nowhere to be found,” Bardella said.

The Patriot Act passed in 2001 after the September 11 terror attacks, with overwhelming bipartisan support after a 357-66 vote in the House and a 98-1 vote in the Senate. President Biden voted in favor of the bill when he was senator.

However, Bardella continued to insist that Republicans are beholden to the National Rifle Association and do not care about child victims.

“Theyre in the pocket of the NRA. Theyre celebrating,” the Democratic Congressional Campaign Committee advisor said.

The chamber of the House of Representatives is seen at the Capitol in Washington, Feb. 28, 2022.

He also mocked the idea of Republicans defending gun rights, suggesting that protecting gun rights comes only out of an idea of a “sickening fantasy world.”

“Its very clear that at the end of the day, the Republican Party made a conscious decision, it is a design, that the lives that are lost by the guns in America dont matter to them, that theyre acceptable losses Because its more important for them to be able to walk around with their AR-15s and feel tough and live out their goofy and sickening fantasy world where they get to walk around and showcase their bravado and strength and might while their kids die,” Bardella said.

Law enforcement work the scene after a mass shooting at Robb Elementary School in Uvalde, Texas, on Tuesday, May 25.

Although Bardella accused the Republicans of only acting after a minority commits a crime, he also denounced their inaction following the Texas school shooting committed by 18-year-old Salvador Ramos.

Cannabis use has risen with legalization and COVID lockdowns...

North Korea Says Pandemic Situation Being Controlled and Is...

Second wave of stifling heat in US could bring...

‘Mature’ Alcaraz says he is ready for the big...

Serena Williams Retires From Tennis to Expand Her Family,...

Prince Andrew to give evidence in deposition in March

“We trust the COVID vaccine,” heads of top medical...

Biden gets praise, criticism for calling Russia’s actions in...

Disney+ ad-free subscription cost to rise by 38% in...

Ukraine conflict: Thousands of people try to force their...

Assam: The India couple in ‘one pizza a month’...

Drug dealers are hacking into pharmacy accounts to steal...

Sainsbury Sales Drop on Cost of Living Crisis: The...

Amazon warehouse workers in NYC get OK to vote...

China FM visits Kiribati where fishing ground is at stake