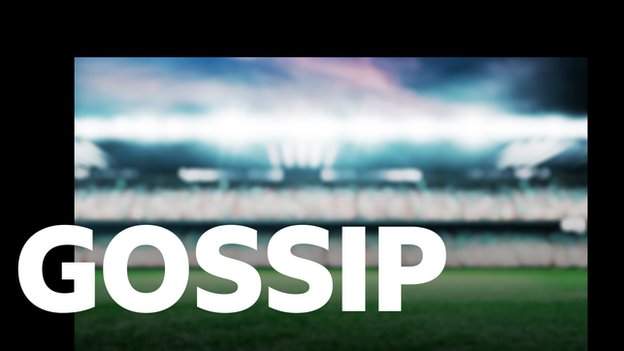 Rangers have made contact in an attempt to sign 25-year-old Colombia forward Mateo Cassierra, who has scored 14 goals in 22 appearances as Sochi finished runners-up in the Russian Premier League, according to Russian TV commentator Roman Naguchev. (Sport24)external-link

Celtic are monitoring Manchester City defenders Ko Itakura and Taylor Harwood-Bellis. The 20-year-old Harwood-Bellis spent last year in the Championship with Stoke City, while Schalke 04 are struggling to pay an agreed £6m option to buy for 25-year-old Itakura, who Celtic looked at last summer before heading on loan to the German Bundesliga. (Sky Sports)external-link

Celtic are in line to spend a record £30m in the summer transfer market but also generate a highest-ever revenue of £100m-plus. (The Scotsman)external-link

While new Hibernian manager Lee Johnson is poised to complete the signing of Aiden McGeady after the winger’s exit from former club Sunderland, the 36-year-old’s arrival is the second summer transfer to have been initiated by previous boss Shaun Maloney along with goalkeeper David Marshall from Queen’s Park Rangers. (Edinburgh Evening News)external-link

Shaun Maloney, recently sacked by Hibs, is now the clear front runner for the Dundee manager’s job after fellow former Easter Road boss Jack Ross dropped out of the reckoning. (The Courier)external-link

New Hibs manager Lee Johnson is optimistic about his chances of holding on to left-back Josh Doig, who Sheffield United are keeping tabs on, and centre-half Ryan Porteous, who has been the subject of interest from other clubs in the English Championship. (Scottish Daily Express)external-link

Lee Johnson is unlikely to make wholesale changes to the Hibs squad, with the new manager likely looking to bring in a select number of players – perhaps in the region of five to six – who can improve the squad. (Edinburgh Evening News)external-link

Former Hearts of Midlothian and Rangers winger David Templeton has come out of retirement to join Drumchapel United in the West of Scotland Football League, the 33-year-old having last year quit football after a series of injury problems while with Hamilton Academical. (The Herald)external-link

Hearts are planning a new training ground that will cost upwards of £20m and have begun exploring and researching what would be a five-year project. (Edinburgh Evening News)external-link

What the ‘beginner’s mind’ can teach us about politics...

This robot toy nibbles my finger – and I’m...

No fluke but first of many at Wimbledon, says...

I’m a new mom and the baby formula shortage...

Past toxics cases set the stage for PFAS lawsuits

More than 98 million under heat alerts across U.S.

Which prices are going up the most as inflation...

Microsoft OneDrive will soon let you take out your...

Many won’t rely on virtual options after COVID: AP-NORC...

Six Out of 10 Americans Believe They Can Be...

The 38 Best Kitchen and Home Deals for Prime...

Mercedes-Benz to assemble its EQS electric luxury sedan in...

Where bipartisan efforts on mental health legislation stand after...

What we know about the victims of the Texas...

Katie Kenyon: Man in court charged with murder of...

Ryusuke Hamaguchi is as surprised as anyone by the...

Biden says Putin is ‘producing the exact opposite effect...

Scotland’s papers: Indyref2 legal argument and ‘one nurse per...

V Rising bites at Valheim, staking count at a million sales in...