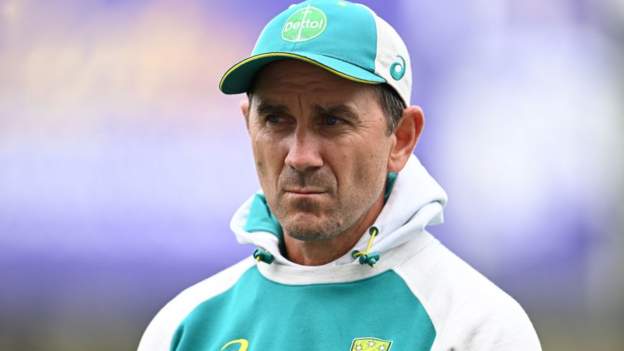 Langer (right) had been in charge of the Australia side since 2018.

Justin Langer says internal politics at Cricket Australia are the reason he left as head coach of the men’s side.

“Ironically, the last six months of my coaching career were the most enjoyable period of 12 years,” he said.

“Not only did we win everything, but I had energy, and I had focus, and I was happy – besides the politics.”

Langer has spoken for the first time about leaving the role, and criticised then-acting chairman of Cricket Australia, Richard Freudenstein.

He told a chamber of commerce event in Perth about a meeting he had with Freudenstein the day after his acrimonious split.

“The first thing he said to me was, ‘It must make you feel so good that all your mates are supporting you in the media’,” Langer said, according to Cricket Australia’s websiteexternal-link

Former team-mates of Langer, including Ricky Ponting, Matthew Hayden and the late Shane Warne, had been vocal about the way he was being treated by CA.

Cricket Australia admitted at the time of his departure there had been some “challenging, robust and direct” conversations around the “evolving” head coach role.

Reports in Australia had suggested some players were unhappy with Langer’s leadership style.

The 51-year-old was linked with the then-vacant England coaching job after quitting Australia. But he said it was never in his mind to take the role and leading his former rivals. Dutch coaster sinks off Denmark, no reports of injuries

EU members in a joint statement ‘firmly reject and...

After 90 years, German bakery to close as energy...

Breakthrough Cases Of The Truth

The AP Interview: Candidate vows to listen to Sri...

Nathan Chen back on game, soars to short program...

Donald Trump Accuses FBI Agents of Not Taking Off...

NHS prescription charges in England to be frozen

DHS warns of Russian cyberattack on US if it...

Watching the lying-in-state – ‘The queue has a meditative...

Match of the Day 2: Micah Richards on Saint-Maximin’s...

DOJ to evaluate providing safe havens for drug use

How Democrats alienated the woman who helped them win...