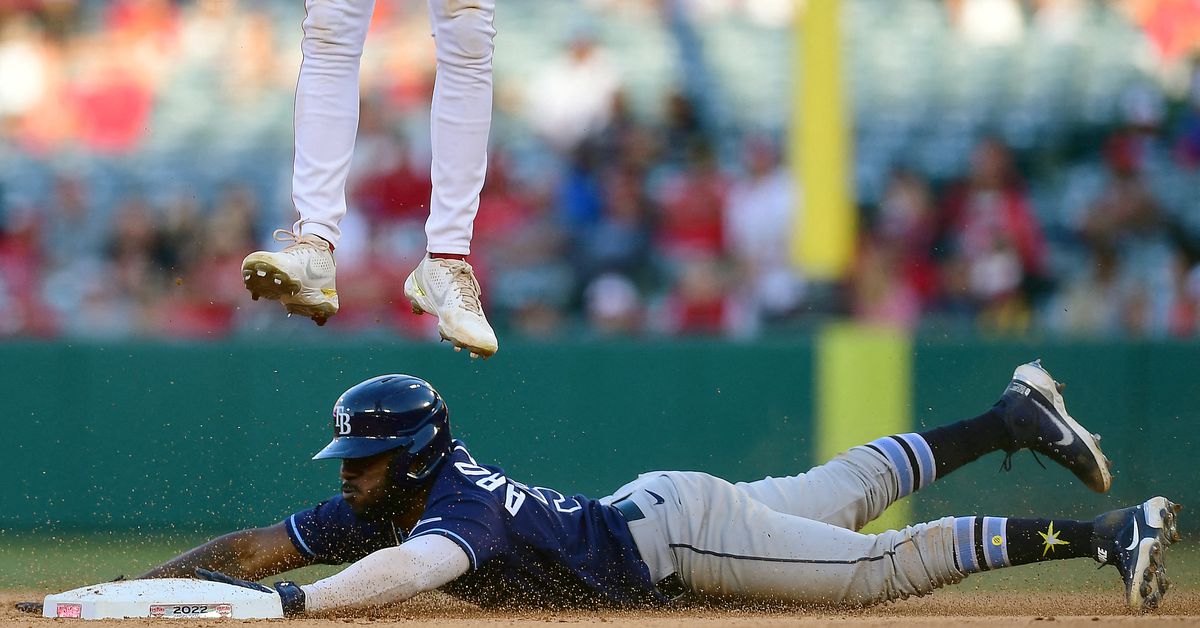 Kevin Kiermaier also homered as the Rays bounced back from a 13-inning loss from a night earlier.

It was the first game for Rutschman, who was the overall No. 1 draft selection in 2019 and called up from Triple-A Norfolk. He struck out and walked before lacing a triple down the right-field line with one out in the seventh inning off reliever Ralph Garza Jr.

Arozarena posted the fifth two-homer game of his career, with three of them coming against Baltimore.

LeMahieu hit his second career grand slam to cap a five-run second off Chicago lefty Dallas Keuchel (2-4). After LeMahieu’s 341-foot drive to the short porch in right, Donaldson and Anderson barked at each other at the end of the third and in the fifth. Isiah Kiner-Falefa hit an RBI single and Donaldson produced a run-scoring groundout in the third before his first incident with Anderson. Anthony Rizzo added a sacrifice fly as the Yankees won for the 24th time in 29 games.

Daulton Varsho delivered a two-run double in the 10th, and scored on the same play, as visiting Arizona overcame a four-run deficit to beat Chicago for a third consecutive day.

Arizona’s Madison Bumgarner gave up back-to-back homers to Frank Schwindel and Patrick Wisdom in the second, then an RBI double to Suzuki and a run-scoring single to Yan Gomes in the third. However, Bumgarner lasted seven innings, and struck out seven without a walk for Arizona, which entered this four-game set losers of six straight.

Chicago has lost four in a row after winning four straight. Each defeat has come at home, where the Cubs are 6-15.

Paul Goldschmidt was 4-for-5 with a two-run double and Edmundo Sosa added an RBI single for the Cardinals, who have won two straight. St. Louis starter Matthew Liberatore, 22, gave up four runs and seven hits in 4 2/3 innings, with three strikeouts and two walks in his major league debut.

Bryan Reynolds hit a two-run inside-the-park homer and Yoshi Tsutsugo had an RBI double for the Pirates, who have lost four of five.

Bichette’s second home run of the game was a two-run blast against Luis Cessa (2-1) in the seventh inning to break a 1-1 tie. Manoah (5-1) allowed one run and seven hits with no walks and four strikeouts.

Cincinnati right-hander Hunter Greene allowed one run, four hits and two walks in six innings. He struck out six in his first start since pitching 7 1/3 innings last Sunday and combined to hold Pittsburgh without a hit, only to lose 1-0 to the Pirates. Cincinnati scored its only run in the fourth inning on Joey Votto’s RBI double to score Tyler Naquin.

The Sox came back from a 5-0 deficit to win their fourth consecutive game and third straight in the four-game series after tying the game with one run in the third and four in the fifth. Vazquez finished a 2-for-4 day by driving home Franchy Cordero — who hit a one-out triple — with the deciding run.

Rafael Devers drove in Boston’s first three runs on a pair of home runs and finished 3-for-4. Xander Bogaerts also had multiple hits. Julio Rodriguez went 3-for-4 with a run scored while J.P. Crawford, Eugenio Suarez and Mike Ford all went 2-for-4 and scored a run for Seattle.

Manny Machado hit a 425-foot home run off a 99-mph fastball from Carlos Rodon for the Padres’ first run, but it was Luke Voit scoring on a safety squeeze bunt by Trent Grisham in the sixth inning that was ultimately the difference.

Musgrove improved to 5-0 and lowered his ERA to 1.90 with an eighth straight quality start to open the season. The right-hander gave up four hits and three walks with four strikeouts.

Miami scored an unearned run in the eighth to pull within 4-2 before Garrett Cooper delivered a run-scoring double off Kenley Jansen in the ninth. The Marlins had two runners on and two outs before Jansen struck out Jorge Soler for his 10th save.

It was Contreras’ second multi-homer game of the season for the Braves, who have won three of their last four. Cooper had three hits for the Marlins, who lost their third straight.

The Royals issued three leadoff walks and all three scored. The Twins have won the first two games of the three-game series.

Justin Verlander produced his third consecutive scoreless start and Houston bounced back from a shutout loss to defeat visiting Texas.

Verlander (6-1) has won six consecutive decisions. He allowed six hits, all singles, and matched his season high of eight strikeouts. He did not issue a walk and threw 95 pitches, 67 for strikes.

Texas managed a threat in the eighth off Astros reliever Hector Neris, with Garcia following a one-out double from Corey Seager with an opposite-field, run-scoring single. But after moving into scoring position on a balk, Garcia was erased by Castro attempting to swipe third base. Neris followed with a strikeout of Calhoun and closer Ryan Pressly followed with his fifth save.

Starling Marte homered and singled, Luis Guillorme had three hits, and New York beat Colorado in Denver in the first game of a split doubleheader.

Pete Alonso and Jeff McNeil had two hits each and Carlos Carrasco (4-1) allowed a run and struck out four in 5 1/3 innings for New York.

C.J. Cron had three hits for Colorado, which has dropped nine of its last 11 games.

Brian Serven hit two home runs and host Colorado scored seven runs in the sixth inning to beat New York in the second game of a doubleheader in Denver.

Serven’s two homers were the first two hits of his major league career. He had four RBIs. Connor Joe had three hits, Randal Grichuk added two, and C.J. Cron also homered for the Rockies. Ashton Goudeau (1-0) tossed 2 2/3 innings of relief for the Rockies, who earned a split of the doubleheader.

Will Smith and Austin Barnes each homered and Justin Turner added three hits for the Dodgers, who won their seventh in a row. Cody Bellinger had two hits.

Bryce Harper (1-for-4) returned to the lineup after missing the previous five games while recovering from a PRP injection in his right elbow. Phillies starter Aaron Nola tossed 5 1/3 innings and gave up five hits and four runs. He struck out nine and walked one.

Washington got two singles off Hoby Milner in the ninth, but Josh Hader came on with two outs and retired pinch-hitter Riley Adams on a fly out to right for his 15th save in 15 opportunities.

Los Angeles got six scoreless innings from Michael Lorenzen and home runs from the unlikeliest of sources in a win over visiting Oakland in Anaheim, Calif.

Luis Rengifo entered the game with 14 career homers over four major league seasons, and Andrew Velazquez had a total of two homers in five seasons, but both connected to help the Angels end a four-game losing streak.

Lorenzen (5-2) allowed three hits and two walks while striking out five on 84 pitches. Lorenzen allowed only two A’s baserunners to get into scoring position. The A’s were able to push across three runs against Angels reliever Aaron Loup in the eighth inning and had the potential tying runs at second and third with two out. But reliever Oliver Ortega struck out Luis Barrera to end the inning. Elderly woman says she was raped by Russian soldier

A Lost Hour And Lost Cause

Mike Trout on the verge of MLB record after...

Is Steph Curry the best point guard of all...

How the global tech stock rout sunk a startup...

Psychologists warn against believing TikTok videos on how to...

Crohn’s disease, rheumatoid arthritis and lupus: You might have...

Cowboys vs. Eagles: Who’s had the more impressive start?

Wall Street: The U.S. housing market to see the...

Simon Coveney bomb hoax: Man due in court over...

U.S. to evacuate embassy from Ukraine amid fears of...

What’s in the government spending bill

Will the star power of William and Kate be...

Nintendo will host a ‘Xenoblade Chronicles 3’ Direct on...

Peloton Will Stop Making Its Own Bikes and Treadmills

The Oklahoma City Zoo is asking for help naming...

10 most shocking moments from Amber Heard’s testimony against...

Warren leads bill to ban mergers worth more than...

January 6 committee is testing whether Americans can still...