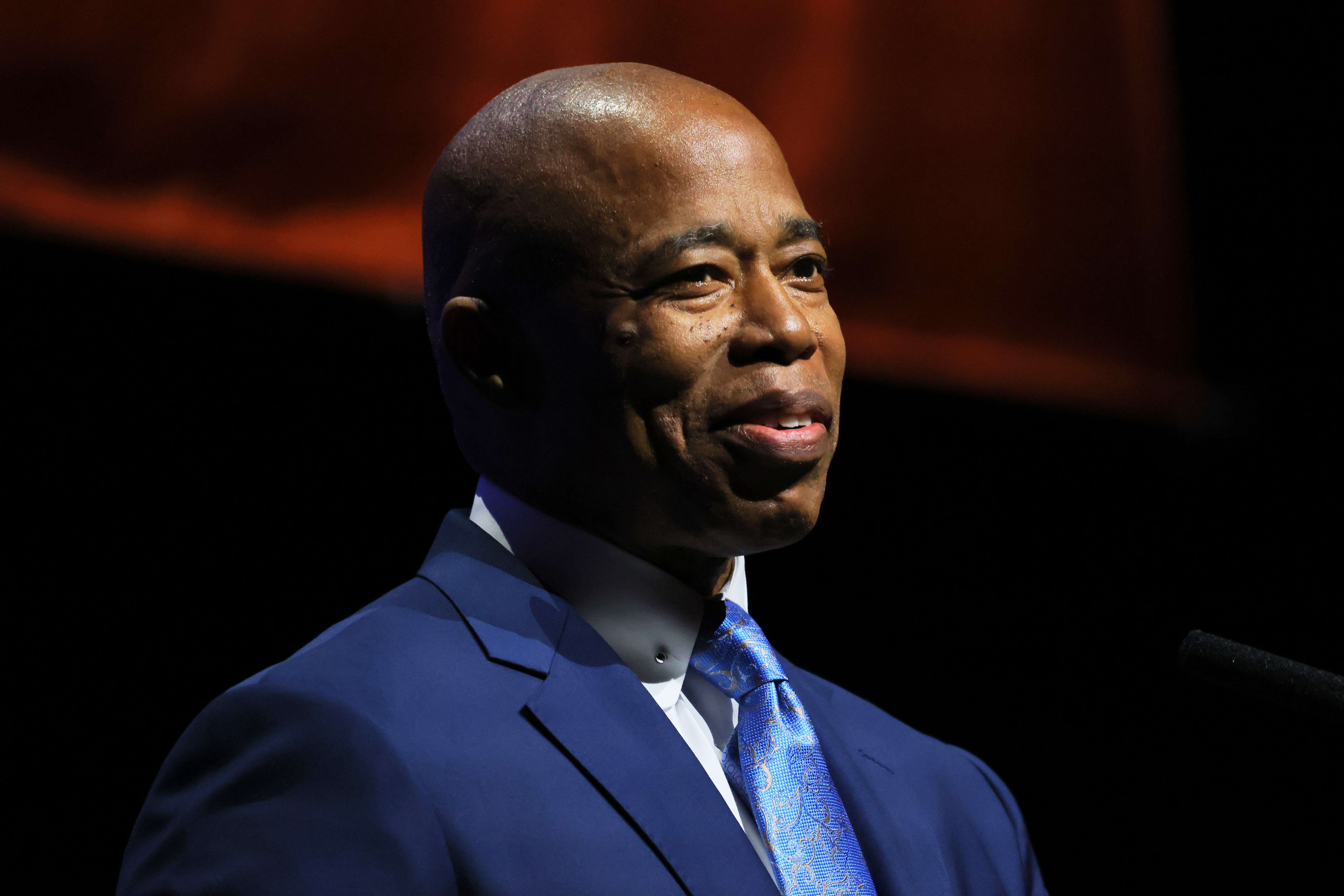 Mayors dont have the luxury of talking about problems they have to go fix them, Maloney said in a statement to POLITICO. Eric Adams is a guy who has taken action while a lot of politicians are still talking. He brings a valuable perspective to our party and shows how Democrats can tackle all the important challenges and issues without falling victim to the false choices.

Last weekends DCCC conference was very much about helping the Democrats get control of their messaging challenges, according to one person who attended the event. That they would turn to Adams a moderate Democrat and retired NYPD captain who was a registered Republican from 1995 through 2002 to do that says as much about the partys direction as any of the competitive primaries playing out this year.

Adams told the audience of 200, composed of DCCC supporters from across the country, that Democrats must be better storytellers, according to a copy of the remarks obtained by POLITICO. His role at the conference has not previously been reported.

The mayor urged the assembled party faithful to go on the offensive against the GOP on an issue theyve been hammered on for years: public safety.

Lets highlight how the Republicans are failing on crime, Adams said.

He suggested the following talking points to attack the GOP:

He also reinforced a moderate path for the party in rebuke of the more progressive actors whove supported the movement to defund the police and attack corporations.If we do not have the courage to admit public safety needs police, prosperity needs the private sector, and this country needs big changes, then we will not have the credibility to lead, Adams said.

He finished his speech by looking to the midterm elections.

If you truly love this country, you love your neighbor and you fight for their freedoms, for their livelihood, for their families. That is who we are. That is why we fight. And that must be our message this fall.

While his recent fundraising trips to Los Angeles, Chicago and Miami are ostensibly geared toward a second mayoral term, theyre really about building an infrastructure for a White House run, according to a political strategist close to the mayors orbit.

Hes laying the groundwork, the strategist, who spoke on condition of anonymity to freely discuss the mayor, said in an interview. I dont know if hes actually going to do it for 2024 or 2028, but hes meeting national donors and national people and its to build a donor network and an apparatus.

And Adams confidantes are trying to figure out how to broaden his appeal.

They have asked whether there are people in different large cities he should meet with if hes traveling to those cities, a local Democratic insider told POLITICO, also speaking on condition of anonymity.

The inquiry came shortly before Adams, who discovered he was dyslexic in college, joked Monday at a press conference about dyslexia screening in schools that, had he discovered his learning disability earlier in life, We would not be saying just Mr. Mayor, youd probably be saying, Mr. President.

Adams adviser Evan Thies said the mayors new national political role has nothing to do with a prospective White House bid. Hes getting involved to help Democrats so that Democrats can help New York, Thies said.

But Lis Smith, a Democratic strategist who helped take Pete Buttigieg from the mayor of a mid-sized Indiana town to the presidential campaign stage, said Adams would be a strong White House contender.

Eric Adams is a Democrat who can appeal to voters across different racial, economic and educational demographics, Smith said in an interview. And thats a voice we really need in the Democratic Party right now especially when we are at risk of becoming a party that only appeals to people with college degrees.

Liel Abada: Is Celtic’s Israeli winger the signing of...

With his conviction tossed, man freed after serving 18...

Brian Brenberg: Why Biden Does Not Get A Passing...

Russia Has Killed Twice as Many in Mariupol Than...

Layoffs at Better.com, Twitter, and Meta could spread to...

‘My son’s life depends on this’: A desperate search...

Wimbledon: Nick Kyrgios and Stefanos Tsitsipas both fined over...

Five middling teams that should re-emerge as contenders

Disney+ to add IMAX signature sound by DTS to...

Sean McVay wishes he had ‘better in-person communication’ with...

EU to remove Sberbank, two other Russian banks from...

Xbox gamers won’t have to put up with toxic...

A.J. Green unlikely to play Sunday for Cardinals vs....

Doubt Tom Brady at your own peril

Trial begins over whether Georgia’s 6-week abortion ban can...

Japan to Restore Visa-Free Travel From Oct. 11 as...

65 children in Germany freed in investigation of sexual...

Biden wants voters to judge his energy level, not...

CBD has too many safety unknowns to be regulated,...

Preseason No. 1 North Carolina drops out of AP...