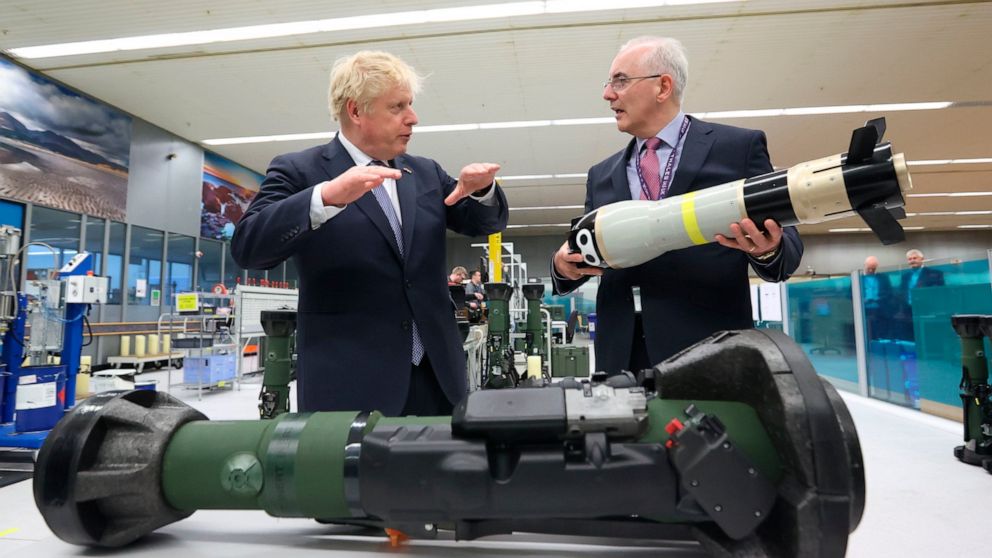 The trans-Atlantic sparring follows British Prime Minister Boris Johnsons government announcing its intention to introduce legislation that would allow it to unilaterally suspend the so-called Northern Ireland Protocol, an international agreement between Britain and the European Union.

Northen Ireland is the only part of the U.K. that shares a land border with an EU member country – the Republic of Ireland – and required special attention when the U.K. withdrew from the EU.

The protocol is designed to preserve the Northern Ireland peace process, but unionists complain it has created a trade barrier between the province and the rest of the U.K.

Pelosi said Thursday that Britains actions threatened to undermine the 1998 Good Friday Accords that ended decades of violence in Northern Ireland. She called for good-faith negotiations to resolve any differences over the protocol.

As I have stated in my conversations with the prime minister, the foreign secretary and members of the House of Commons, if the United Kingdom chooses to undermine the Good Friday Accords, the Congress cannot and will not support a bilateral free trade agreement with the United Kingdom, Pelosi said.

Jeffrey Donaldson, a member of Parliament and leader of Northern Irelands Democratic Unionist Party, said the protocol itself is undermining the peace process because it threatens the key principles of the Good Friday Accords, also known as the Belfast Agreement.

The agreement created a power-sharing arrangement in Northern Ireland that operates on the basis of consensus between nationalist parties that seek closer ties with the Republic of Ireland and unionist parties that want to maintain historic links with the United Kingdom. That consensus no longer exists because unionists in the Northern Ireland Assembly oppose the protocol.

If Nancy Pelosi wants to see the agreement protected, then she needs to recognize that it is the protocol that is harming and undermining the agreement, Donaldson said. And that is why we need to deal with it.

The DUP has refused to take part in a new power-sharing government until differences over the protocol are resolved. The party finished second behind the nationalist party Sinn Fein in elections for the Northern Ireland Assembly this month.

Micheal Martin, the Republic of Ireland’s prime minister, is due to to hold talks with party leaders on Friday in Belfast.

Martin said the EU took decisive action in October to resolve concerns over the protocol, but the British government has failed to respond.

This idea that somehow the European Union is being inflexible on this is just not the truth, it doesnt stack up, Martin told the BBC, What has happened now is a certain unilateralism on behalf of the British government saying our way or no way, and you dont negotiate with the European Union on that basis, particularly when you have signed off on the agreement that you now dont like. Ugo Humbert arrives on court without his racquets but...

The World May Slow, Not Stop

Timed Teaser: Why did Elon Musk drop his Twitter...

Hillicon Valley — Presented by Nokia — US partners with...

Ukraine war: First lady in US for high-level meetings

Want to switch from iOS to an Android phone?...

Women’s Super League: How is the title race shaping...

An Election Day Dispatch from Budapest

One in eight pupils out of school as Covid...

Broad bowls most expensive over in tests after Bumrah...

Man pleads not guilty to federal charges in shooting...

Don’t expect a battery boost on the Samsung Galaxy...