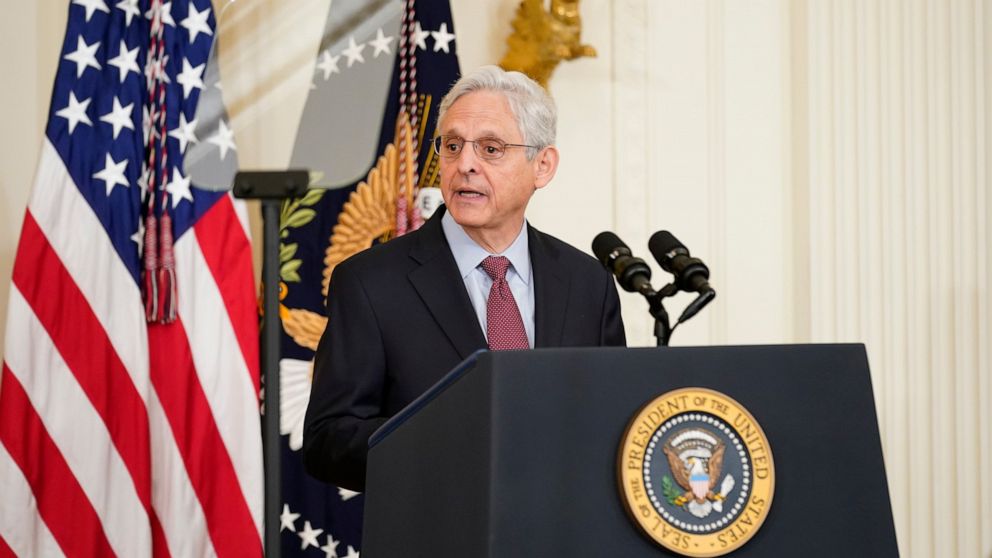 WASHINGTON — The House panel investigating the Jan. 6 insurrection at the U.S. Capitol is rejecting a request from the Justice Department for access to the committees interviews, for now.

Rep. Bennie Thompson, D-Miss., the committees chairman, said Tuesday that the Justice Department had made the request as part of its ongoing criminal investigation into the attack. But he said it was premature for the committee to share its work at this point because the panels probe is ongoing.

The Justice Departments request comes as prosecutors have been issuing subpoenas and seeking interviews with people who had been involved in planning events leading up to the attack on the Capitol last year. The request to the House panel which has conducted more than 1,000 interviews so far exemplifies the breadth of the Justice investigation into one of the largest attacks on democracy in American history.

The Justice Department and Attorney General Merrick Garland have faced mounting pressure to prosecute former President Donald Trump since the Jan. 6 House committee laid out an argument for what its members believe could be a viable criminal case against the former president.

The Justice investigation the largest criminal investigation in U.S. history has largely focused on prosecuting those who stormed the Capitol, pushing past and beating overwhelmed police officers until they were bloodied and bruised, in an attempt to stop the certification of Joe Bidens presidential win. In the 16 months since the insurrection, more than 800 people have been arrested and around 280 of them have pleaded guilty to a variety of federal charges.

Garland has given no public indication about whether prosecutors might be considering a case against Trump. He has vowed, though, to hold accountable all January 6th perpetrators, at any level and said that would include those who wete present that day or were otherwise criminally responsible for the assault on our democracy.

Thompson said the panel had shared some information with federal, state and local agencies but they could only review it in a specified location a common government practice with sensitive documents known as an in-camera review. Its unclear which specific interviews or documents the Justice Department had sought.

They made a request, and we told them that as a committee, the product was ours, and were not giving anyone access to the work product, Thompson told reporters Tuesday.

We cant share it, the document, with them, Thompson said. Big difference … we cant give them unilateral access.

The Senate intelligence committee had rejected a similar request as part of its investigation into Russian interference in the 2016 presidential election. Yandex shifts focus to ya.ru as it heads for...

Australia talks down prospect of having nuclear subs by...

A Vermonter who secretly lowered the fluoride in his...

China accuses US of ‘Cold War thinking’ in security...

Uvalde officer passed up chance to shoot gunman for...

Germany Weighs Intervention in Energy Markets to Bring Back...

Amazon is expanding the Astro’s abilities for both home...

Foreign investors are ditching China. Russia’s war is the...

Uber sued by more than 500 women over sexual...

How to Use Your Smartphone to Cope With Hearing...

Trippier has to start for England – Shearer

Artemis I launch attempt set for Tuesday, but possible...

After beating Bills, it’s clear these are not the...

Canelo Alvarez says goal is to knock out rival...

‘Unvarnished’ bio of Ray Dalio scheduled for next fall

McMaster breaks with Trump: Putin ‘certainly not someone to...

Missouri man convicted at 14 of killing mom gets...

Boris Johnson thought he could survive anything. That’s partly...

Mark Jackson would be the wrong coach for the...