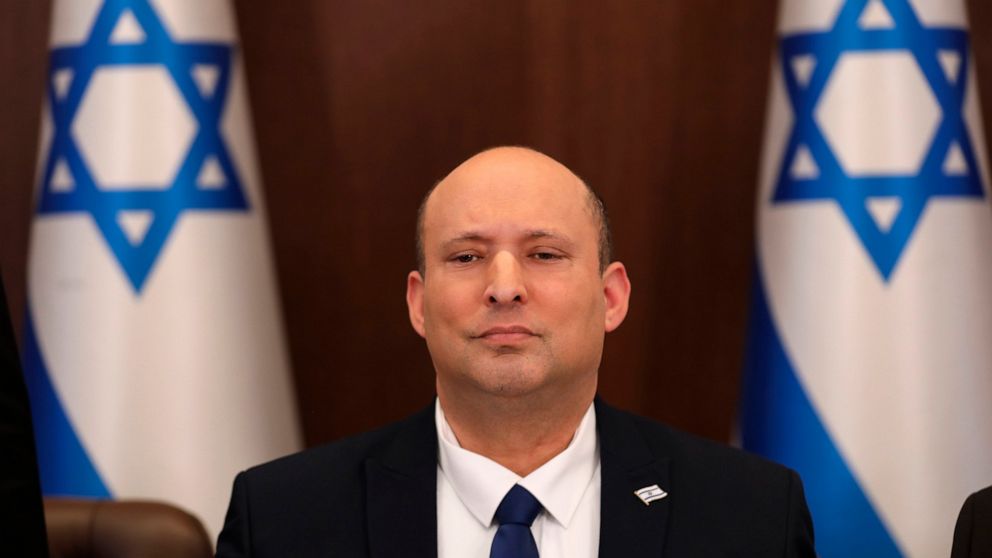 JERUSALEM — Israeli Prime Minister Naftali Bennett on Tuesday welcomed a recent decision to expand Jewish settlements in the occupied West Bank that the Palestinians and most of the international community view as illegal.

During a visit to the settlement of Elkana, he cast the expansion of settlements as a response to recent Palestinian violence. The Palestinians view settlement construction as the main obstacle to peace because it further undermines their hopes for an independent state on lands Israel seized through war.

In the face of enemy violence, the Zionist answer has always been settlement, security and immigration,” Bennett said. Last week we approved here in Elkana, to my understanding, the largest volume of construction at once, since the establishment of the town.

He appeared to be referring to the approval of more than 4,000 settler homes by a military planning body. That decision came a week after Israel’s Supreme Court upheld an order to expel at least 1,000 Palestinians from a region in the West Bank declared a military firing zone.

Israel captured the West Bank in the 1967 Mideast war and the Palestinians want it to form the main part of their future state. Israel has already built more than 130 settlements that today are home to nearly 500,000 settlers. Nearly 3 million Palestinians live in the West Bank under Israeli military rule.

Most of the international community, including the Biden administration, view the settlements as an obstacle to peace because they shrink and divide up the territory where an independent Palestinian state would be established. But global powers have given Israel no incentive to stop building them, despite calling for a two-state solution.

Bennett, a longtime supporter of settlements who once led the main settler council, is opposed to Palestinian statehood. He leads a government that includes parties from across Israel’s political spectrum, including some opposed to settlements.

In the interest of keeping the coalition together, they have ruled out any major peace initiatives or outright annexation, while continuing to expand settlements and taking some steps to help the Palestinians economically.

There have been no serious or substantive peace talks in more than a decade. Many Palestinians view attacks on Israel as an inevitable response to nearly 55 years of military occupation with no end in sight. Some civilians escape from Mariupol; Russia introducing the ruble...

Hacker claims to have private data of 400 million...

Afcon 2021: Pierre-Emerick Aubameyang will return to Arsenal for...

The education of Adam Kinzinger

WHO says monkeypox is not an international public health...

Norman Lear, one of television’s most iconic producers, turns...

Charles III is proclaimed king in in TV first

US to host top officials from 30 countries in...

Grass cutting is getting an IoT makeover like never...

What will Silicon Valley learn from Holmes’ conviction?

Why rising mortgage rates could boost some homebuyers

Bus on school trip in Poland crashes into ditch;...

Google says Chrome on macOS is now faster than...

Three dead after falling through ice on Arizona lake

Trump Republicans and Brexiteers Are in a Race Toward...

Earth’s inner core may have started spinning the other...

In some blue states, masks are coming off —...

Anti-strikes bill to be introduced to Parliament

West Yorkshire and Devon by-elections to be held in June