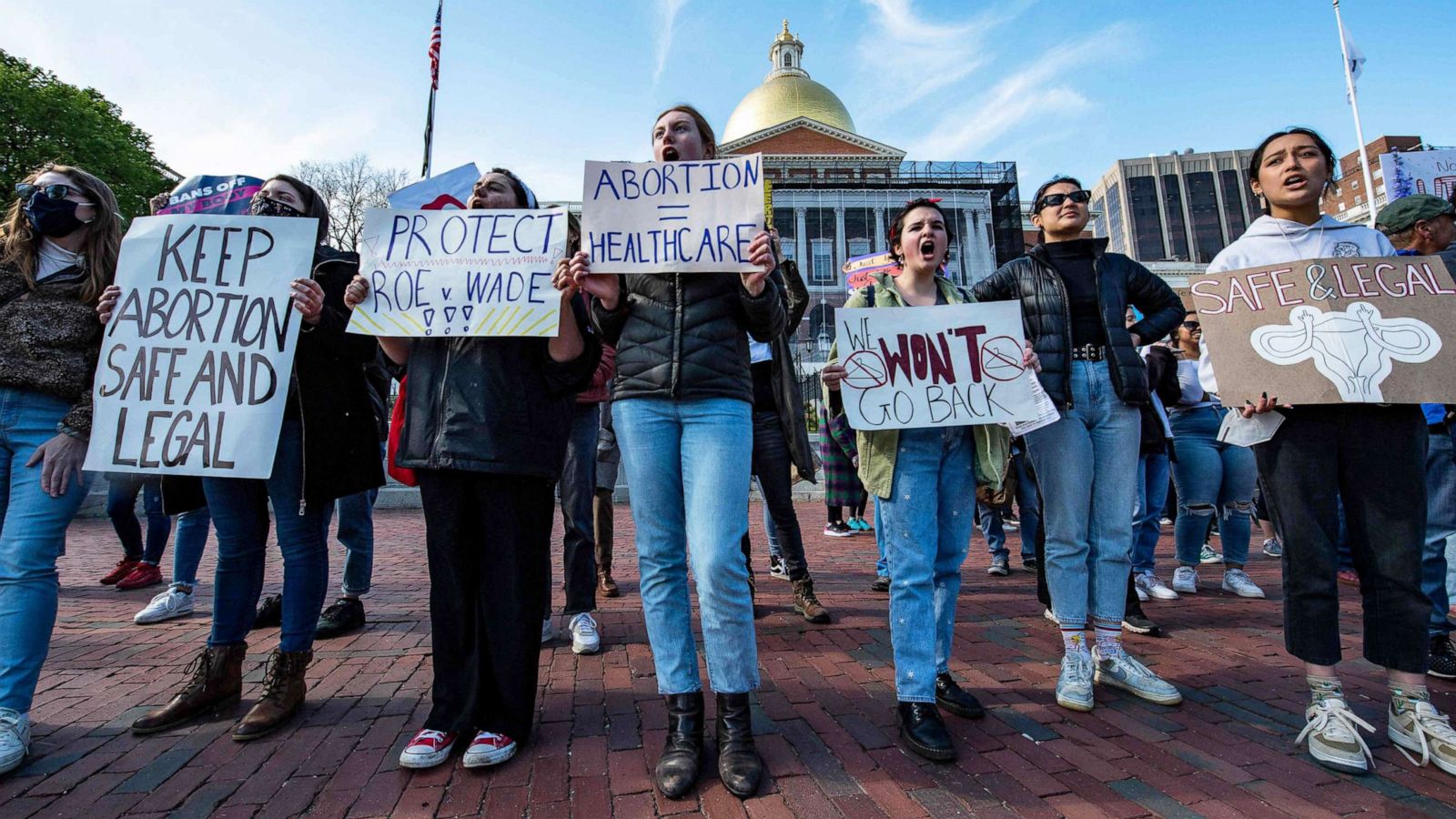 Hundreds of pro-abortion rights protests are planned nationwide Saturday in the wake of a bombshell leak of a U.S. Supreme Court draft opinion that indicated the court’s conservative majority could soon overturn Roe v. Wade.

Women’s March and Planned Parenthood are among the organizations behind more than 450 demonstrations nationwide, which are anticipated to draw hundreds of thousands of people.

Washington, D.C., is expected to be the site of the largest turnout, with 17,000 people anticipated to gather on the grounds of the Washington Monument, according to a permit issued by the National Park Service to Women’s March.

“Losing the right to abortion has consequences. Women will pay the price,” Women’s March executive director Rachel OLeary Carmona said in a statement. “We can stop this tragedy, and the time is now.”

The “Bans Off Our Bodies” rally is scheduled to start at 12:30 p.m., followed by a march to the U.S. Supreme Court at 2 p.m. Massachusetts Sen. Elizabeth Warren will be among the rally’s speakers, according to the permit. There will also be a performance from musician Toshi Reagon, organizers said.

A counter-protest is also being organized by Students for Life that is scheduled to begin at noon Saturday at the Washington Monument and also march to the Supreme Court.

New York, Los Angeles, Chicago and Austin are also expected to have large turnouts for “Bans Off Our Bodies” demonstrations.

A rally organized by the Womens March Foundation at the Los Angeles City Hall will feature speakers including Los Angeles Mayor Eric Garcetti, U.S. Rep. Karen Bass and the attorney and women’s rights advocate Gloria Allred, according to organizers.

The demonstrations join recent protests by abortion rights activists — and some anti-abortion protesters — following the leak of the draft SCOTUS decision on the Mississippi case that challenges Roe, the landmark decision that has guaranteed a woman’s right to abortion for nearly 50 years.

Amid the demonstrations, an eight-foot-high fence was erected at the Supreme Court last week.

The high court is expected to rule publicly on the case in question — Dobbs v. Jackson Womens Health Organization — by the end of June.

A majority of Americans believe Roe should be upheld, according to a recent ABC News/Washington Post poll. But if Roe is overturned, at least 26 states would either ban abortion or severely restrict access to it, according to the Guttmacher Institute, a reproductive rights organization.

This week, Senate Republicans blocked a bill that would have enshrined abortion rights into federal law. The legislation failed in the Senate 49-51, lacking the 60 votes needed to overcome a GOP-led filibuster.

President Joe Biden condemned Senate Republicans for failing to act “at a time when womens constitutional rights are under unprecedented attack — and it runs counter to the will of the majority of American people.”

Ahead of the planned protests, House Democrats led by Speaker Nancy Pelosi gathered Friday to call on the justices to defend abortion access.

“Americans are marching and making their voices heard,” Pelosi said. “Public sentiment is everything. We will never stop fighting for patients and their health care.”

The Best Ebook Subscription Services for Your Literary Needs

Here’s Halo Infinite and GTA 3 running on an...

China says US hyped sailing of Navy warship in...

Drinking Wine With Meals May Reduce the Risk of...

Mariupol: no sign of evacuation from Azovstal steel plant

US court grants Apple and Broadcom new trial in...

Forbes on student debt forgiveness: ‘Where does the president...

Simon Reeve: ‘I feel a hypocrite over my carbon...

Ukraine President Has Tough Message for Nation’s Allies: Do...

Bitcoin in 401(k) becomes reality for more, despite warnings

Travel industry looks to get in on any additional...