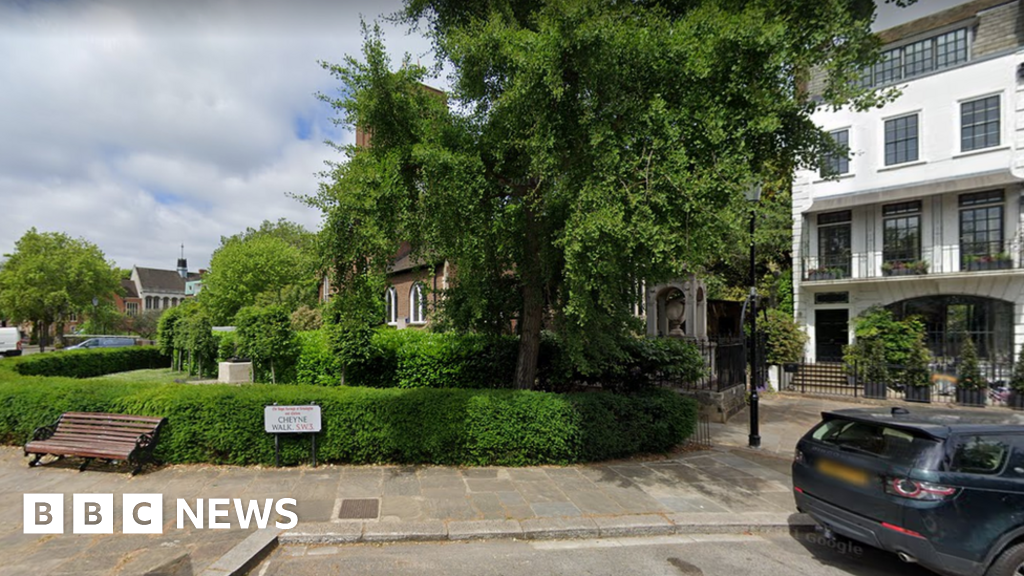 Image caption, The woman was found dead after officers and paramedics were called to Cheyne Walk, the Met said

A woman and three dogs have died after being hit by a car in London.

The Metropolitan Police said officers and paramedics were called to Cheyne Walk in Chelsea at about 06:20 BST.

A 41-year-old woman was found dead at the scene and the three dogs “died as a result of injuries suffered in the collision”, the force said.

A 26-year-old man who was driving an Audi involved in the incident has been arrested on suspicion of causing death by dangerous driving.

A crime scene has been put in place and police advised motorists to avoid the area.

The force has appealed for anyone with information or dashcam footage to contact officers. Xbox Series S has outsold the PS5 in Japan,...

Somalia’s new president to be elected by parliament behind...

Whoopi Goldberg suspended from ‘The View’ over Holocaust comments

German business confidence picks up after plunging on war

EPA presses USPS to halt purchase of up to...

‘A Skull and Bones-type vibe’: Spy agencies grapple with...

‘Havana syndrome’ suspected in attacks on US diplomats in...

The Rise and Fall of the Star White House...

Scammers are using a whole load of tricks to...

Sean Hannity: Jen Psaki will fit in at MSNBC...

Key report into Johnson’s ‘partygate’ to be published

How Africa is bearing the brunt of palm oil’s...

Brentford end run of defeats in dull stalemate with...

Thailand to give out a million cannabis plants to...

Media, economic experts react to April inflation: ‘Not a...

Many Mississippi Inmates Too Poor to Pay Bail, Lack...

Book lovers across America need to know 'the story' of these 5...