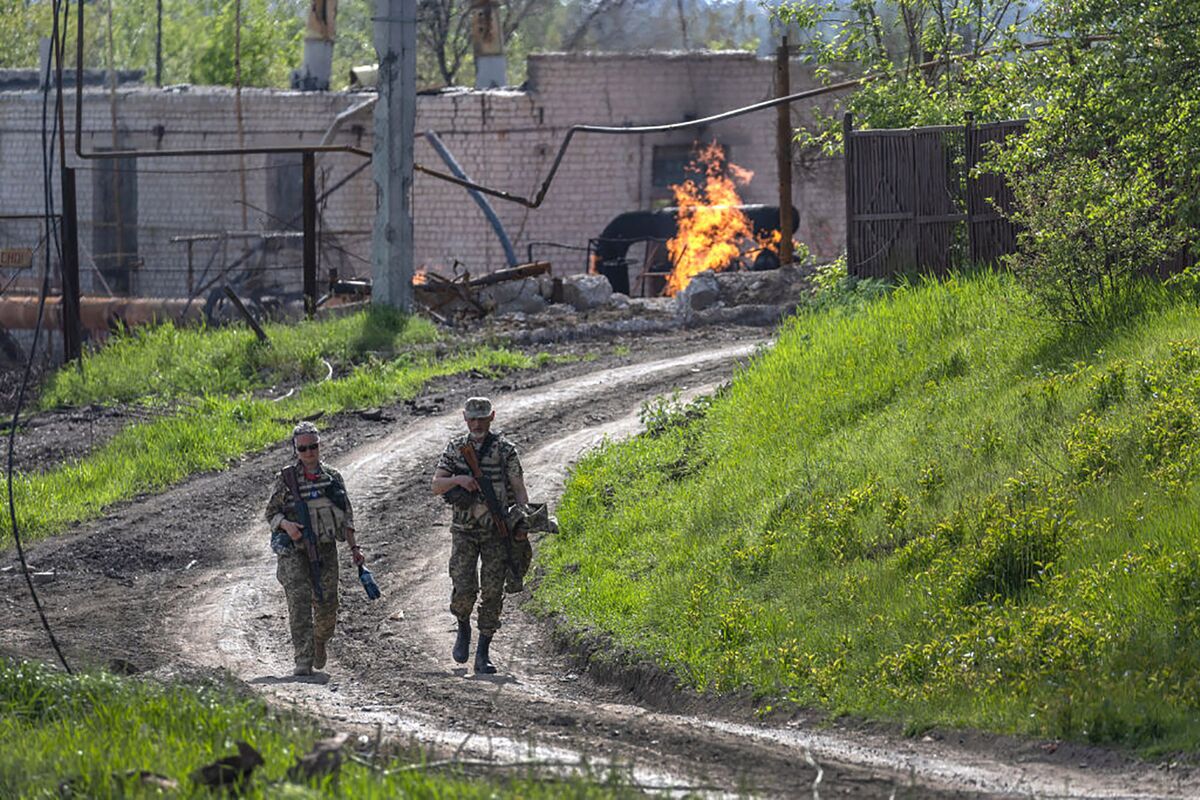 Ukraines president says Kyivs forces are steadily pushing Russian troops away from Kharkiv, the nations second largest city. India prohibited most wheat exports that the world was counting on to alleviate supply constraints sparked by the war in Ukraine.

Sweden has received no indication that Turkey would oppose it joining NATO, and will raise the issue at a meeting this weekend in Germany, Foreign Minister Ann Linde said. Earlier Friday, President Recep Tayyip Erdogan expressed concern about Sweden and Finland potentially becoming members of the military alliance. NATO foreign ministers are set to meet on Saturday, when the issue of enlargement is likely to dominate.

The US and Russian defense chiefs had their first call since the invasion of Ukraine began. A US defense official said the call lasted about an hour and the tone was professional.

(See RSAN on the Bloomberg Terminal for the Russian Sanctions Dashboard.)

While much of the focus of deteriorating east-west relations has been on Germanys new military plans, the

expected accession of Finland and Sweden to the 30-member transatlantic alliance is part of the biggest shift in European foreign policy to emerge since Russias invasion of Ukraine.

After waging war in part to stop NATOs expansion, Putin is now confronted with the opposite.

Ukraine has retaken a total of over 1,015 villages and towns, including six in the previous 24 hours, as its army is gradually pushes Russian soldiers out of the Kharkiv region, President Volodymyr Zelenskiy said Friday in his night video address. He urged businesses to re-open in safe territories to add jobs.

Talks on the evacuation of wounded Ukrainian wounded soldiers from Mariupols Azovstal steel plant are very complex, Zelenskiy said, adding that Kyiv has involved all possible influential intermediaries in the effort.

Azovstals holdouts have criticized the government in Kyiv for failing to defend southern Ukraine, where Russia made much faster progress, and said it had abandoned Mariupols garrison. Russia continues airstrikes in the area.

Ukraine appears to have won the Battle of Kharkiv, according to the Institute for the Study of War.

Russia has likely decided to withdraw fully from its positions around Kharkiv in the face of Ukrainian counteroffensives and the limited availability of reinforcements, the U.S.-based defence think tank said in a daily bulletin.

Theres evidence that Moscow is focused on conducting an orderly withdrawal and prioritizing getting Russians back home before allowing proxy forces to enter Russia, rather than trying to hold its positions near the city, ISW said.

India prohibited most wheat exports that the world was counting on to alleviate supply constraints sparked by the war in Ukraine, which has largely halted Kyivs ability to ship.

Exports will still be allowed to countries that require wheat for food security needs and will be based on the requests of their governments, India said.

Laborers load up wheat sacks on a truck at the grain market in Punjab, earlier in April.

summit with Southeast Asian leaders organized and hosted by Biden concluded with a group statement that omitted any condemnation of Russias invasion of Ukraine. They called for the immediate cessation of hostilities in Ukraine and the countries said they reaffirm our respect for sovereignty, political independence and territorial integrity.

But the statement did not use the words Russia, war or invasion. The Southeast Asian region includes nations that are wary of directly criticizing Russia. Indonesia, which will host the Group of 20 summit later this year, has refused to exclude Putin from the gathering and is instead extending invitations to both the Russian leader and Zelenskiy. Much of the summit was conducted behind closed doors, so it wasnt clear to what extent the Ukraine portion of the joint statement was debated.

Deputy Treasury Secretary Wally Wally Adeyemo warned representatives from several foreign banks Friday about risks to their institutions should they assist Russia in evading sanctions imposed by the US and its allies after the invasion of Ukraine.

Adeyemo met with representatives from several foreign financial institutions and conveyed the risks of facilitating sanctions evasions, including the risk of falling under US sanctions if the banks provided material support to a person or entity that the US has already penalized, according to a Treasury Department press release about the meeting.

Biden told the leaders of Sweden and Finland that he supports their right to decide whether to join the North Atlantic Treaty Organization and underscored his support for the alliances open door policy, the White House said in a statement.

The White House stopped short of saying that Biden urged the countries to join the military alliance. In their Friday morning phone conversation, the leaders also discussed continuing support for Ukraine against Russias invasion, according to the statement.

White House Press Secretary Jen Psaki told reporters that we are working to clarify Turkeys position toward expanding NATO to include Sweden and Finland. She said there is broad support from NATO member countries for the idea.

The artillery battle for Ukraines eastern Donbas region is fully under way, a U.S. defense official told reporters, estimating that Ukraine has managed to push back planned Russian advances by at least two weeks.

All but one of the 90 M777 howitzers the U.S. has given Ukraine are now in the country and most are engaged in battle, the official said.

US Defense Secretary Lloyd Austin spoke with his Russian counterpart, Sergei Shoigu, for first time since Feb. 18, according to Pentagon spokesman John Kirby.

Pentagon officials have complained that requests for a conversation have gone unanswered. Austin urged an immediate cease-fire in Ukraine and emphasized the importance of maintaining lines of communications, according to Kirby.

Sweden Says No Previous Sign of Concern from Turkey on NATO (4:42 p.m.)

The Turkish government hasnt conveyed any message of this sort directly to us, and it hasnt done so in the North Atlantic Council, Foreign Minister Ann Linde said in emailed comments. She said shed address the issue at an informal meeting of NATO foreign ministers that starts Saturday.

The aim would be to prevent Russia selling it in international markets or gaining goodwill through international aid donations, US Agriculture Secretary Tom Vilsack said.

We need to do everything we can to make sure Russia cannot shop or ship this stolen grain. Vilsack said by phone after G-7 agriculture ministers met. The US and EU will keep an eye on Russian grain sales to see if they are disproportionate for the time of year or Russia makes a rather generous contribution to a developing nation, Vilsack said.

The first war crimes trial since Russias invasion opened on Friday, with a soldier accusing of killing a Ukrainian civilian appearing in a packed courtroom in Kyiv, the Associated Press reported.

Sergeant Vadim Shyshimarin, 21, allegedly shot a man in the head in a northeastern village five days into the conflict. In a video posted by the Security Service of Ukraine, Shyshimarin said he was ordered to shoot the 62-year-old. He faces as long as life in prison if convicted, the AP said.

With assistance by Ros Krasny ‘Car-ma’: Woman Loses Car After Getting Out to Yell...

New Jersey drivers may have to learn to pump...

Closing tabs in Chrome is getting much better on...

Queen Elizabeth says she wants Camilla to be named...

Artist and storyteller Laurie Anderson doesn’t like to be...

A Cold Winter for Europe? (Audio)

Netflix on the right track for making games, says...

HRT drug to be reconsidered for use in Scotland

Ed Sheeran talks to BBC Newsnight about Shape Of...

The simmering love story of Pritzker and the unions

The history of Super Sunday and the Mardi Gras...

Ohio pauses preparations for May 3 primary amid map...

US and allies urge North Korea to abandon nukes...

Dr Adam Towler would meet teenager who tried to...

Lili Reinhart criticizes Kim Kardashian for ‘starving’ herself to...

Nvidia Is Said to Quietly Prepare to Abandon Takeover...

Indiana police are still working to identify boy found dead in a...