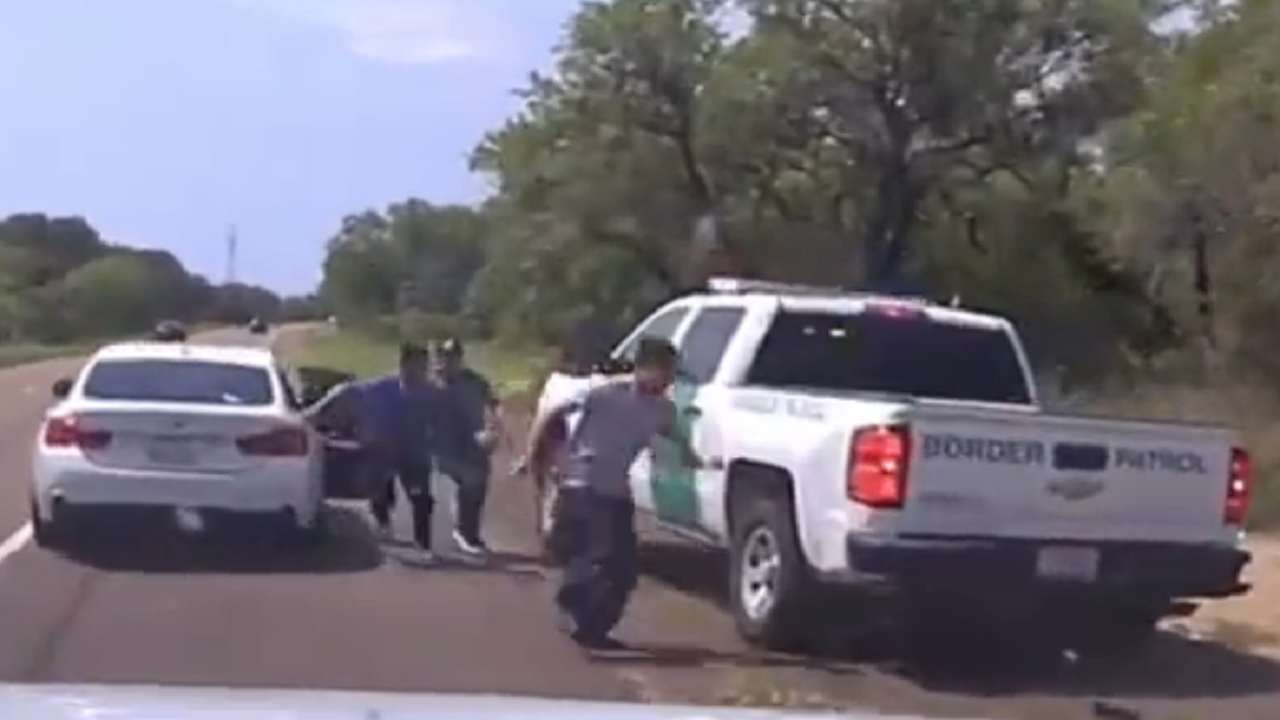 A wild video has emerged showing a suspected human smuggler leading authorities on a high-speed chase in Texas after five illegal migrants bail from his vehicle.

Footage of the incident, which began Tuesday in Brooks County, has been obtained by Fox News.

The video begins with three migrants running out of a white car after a Border Patrol truck approaches it on the side of the road.

As the car starts to pull away, two more migrants stumble out of the vehicle and race toward the brush.

Migrants are seen escaping from a suspected human smuggler’s vehicle before a high-speed pursuit.

The driver of the car then leads the Border Patrol and Texas Department of Public Safety vehicles on a high-speed pursuit through multiple counties before being swarmed and taken into custody, the video shows.

The suspect is being seen taken into custody.

The individual has since been charged with human smuggling and evading.

Meanwhile, the five migrants seen escaping his vehicle were not caught, the Texas Department of Public Safety tells Fox News. Countdown to the MLB Playoffs: MIL, PHI battling for...

9 people are hospitalized after a shooting outside a...

All Aboard! Red Car Trolley Returns to Disney California...

Shohei Ohtani hit a one-handed home run on a...

The number of CFOs promoted to CEOs hits an...

Chiefs vs Bengals live stream: how to watch NFL...

Qatar Exports Surge as Demand for Gas Climbs on...

Israel holding more than 600 without charge, most since...

Next China: Who’s Got the Power?

Facebook-owner Meta to cut 13% of its workforce

Whoopi Goldberg suspended from “The View” over Holocaust comments

Sure why not: Wordle is becoming a board game

The Envoy Gateway project wants to bring Envoy to...

Amazon promises to fix Comixology after making the service...

Can Biden save democracy one US factory job at...