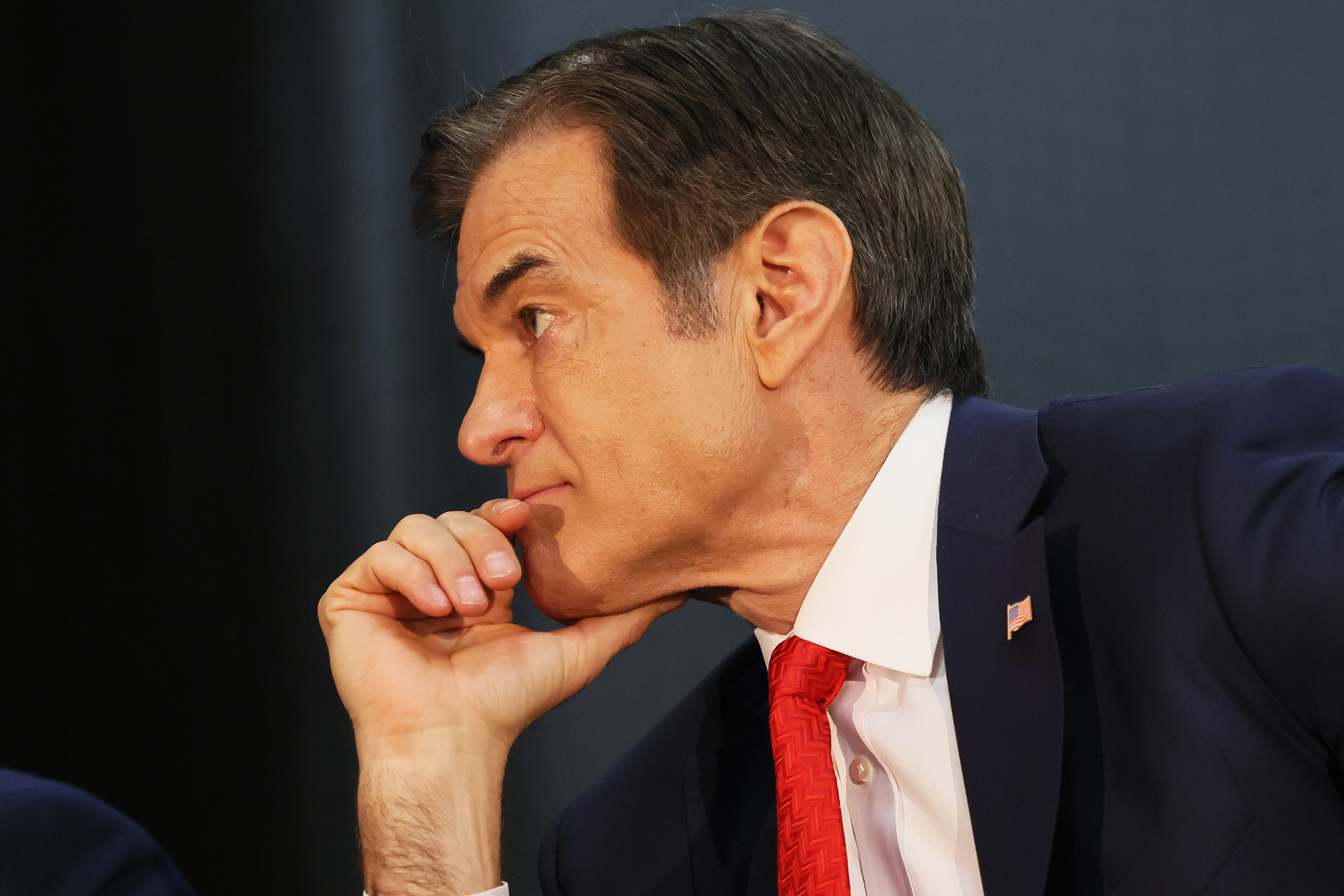 GOP Senate candidate Mehmet Oz was accused of “defiantly” refusing to renounce his Turkish citizenship in an ad released by the group Really American PAC on Thursday. Oz is pictured during an event in Newtown, Pennsylvania, on May 11, 2022.Michael M. Santiago/Getty

Critics of GOP Senate candidate Dr. Mehmet Oz have accused him of posing a “clear and present danger to the United States” due to his ties to Turkey.

An ad released Thursday by the liberal activist group Really American PAC warned that Oz had “defiantly” refused to renounce his Turkish citizenship and could not be “trusted” to serve in the Senate. Oz, who has been endorsed by former President Donald Trump, has faced fierce criticism from both ends of the political spectrum during his quest to secure his party’s nomination and ultimately replace outgoing Republican Pennsylvania U.S. Senator Pat Toomey.

“Pennsylvania Senate candidate Mehmet Oz defiantly refuses to give up his Turkish citizenship,” a narrator says during the ad, as images of Oz and marching Turkish soldiers are shown. “He spent years serving in Turkey’s military, he votes in Turkey’s elections. He’s paid millions of dollars by Turkish Airlines. And he’s cozy with Turkey’s theocratic dictator, Recep Erdoğan.”

“Even more alarming, Oz has adopted the Turkish regime’s official line of denying the Armenian Genocide,” the ad continues. “Not only can Oz not be trusted to faithfully represent the United States and the Constitution, his election would represent a clear and present danger to the United States. Pennsylvania, stop Mehmet Oz before it’s too late.”

Newsweek reached out to the Oz campaign for comment.

VIDEO: Mehmet Oz refuses to give up his Turkish citizenship. He served in their military, is paid millions by Turkish airlines, votes in their elections, is cozy with their dictator, and even adopts the regimes line of denying the Armenian genocide.

RT if we must #RejectOzpic.twitter.com/dw0ZvpZkl1

Although Oz was born in Ohio to Turkish parents, he has maintained ties to Turkey. Oz, 61, served in the Turkish military when he was younger, which is a requirement for male citizens of Turkey ages 20 to 41.

In March, the celebrity doctor and former television star vowed to renounce his Turkish citizenship if his Senate bid is successful, although dual citizenship does not disqualify candidates from holding office in the Senate.

Despite having previously said that he had “never been politically involved in Turkey in any capacity,” Oz also voted in the 2018 Turkish election. He received backlash earlier this month after an image of him casting his ballot emerged online.

The advocacy group Armenian National Committee of America has accused Oz of working as a “foreign agent” without properly registering over his work advertising for Turkish Airlines, due to the Turkish government owning just under 50 percent of the airline.

Oz has also been accused of denying the Armenian genocide, which resulted in over 1 million Armenians dying during the last days of the Ottoman Empire.

Oz campaign spokesperson Brittany Yanick toldNBC News that the candidate “opposes genocide and the murder of innocent people in all forms” when asked about the issue last month, while not specifically using the term “Armenian genocide.”

Some supporters of Trump have also been hesitant to back Oz despite Trump’s endorsement. A significant number of attendees at a Trump rally in Pennsylvania this month booed when Oz was introduced.

Last week, Trump-appointed former Secretary of State Mike Pompeoargued that Oz had “time and energy to vote in a Turkish election but not in an American election” while speaking in support of Oz’s GOP primary opponent David McCormick.

“You stack that up with some of the work he’s done, some of the political involvement he’s had with Turkey, and I think the campaign owes the people of Pennsylvania … an explanation for this,” Pompeo said.

Yanick called the assessment “pathetic and xenophobic” in an email to Newsweek, without directly mentioning Pompeo in her response and instead blaming McCormick. Report: Apple bringing USB-C to the iPhone but not...

What the Mormon Church Has Said About ‘Under the...

Most Democrats in new poll say its too early...

Jan. 6, in their own words: Members of Congress...

Airlines aim to shift blame for flight problems to...

BBB update — and a new take on retail consolidation

Here’s everything from Hisense’s 2022 TV lineup coming to...

Scientists seek to develop hybrid coral reef off of...

Forgotten co-defendant of Central Park 5 to be exonerated

We absolutely are on the move towards a referendum...

Mass protests break out in Kazakhstan over fuel price...

Late Sen. Harry Reid to lie in state in...

Colts vs Jaguars live stream: how to watch NFL...

Universal workers must be vaccinated or get weekly testing