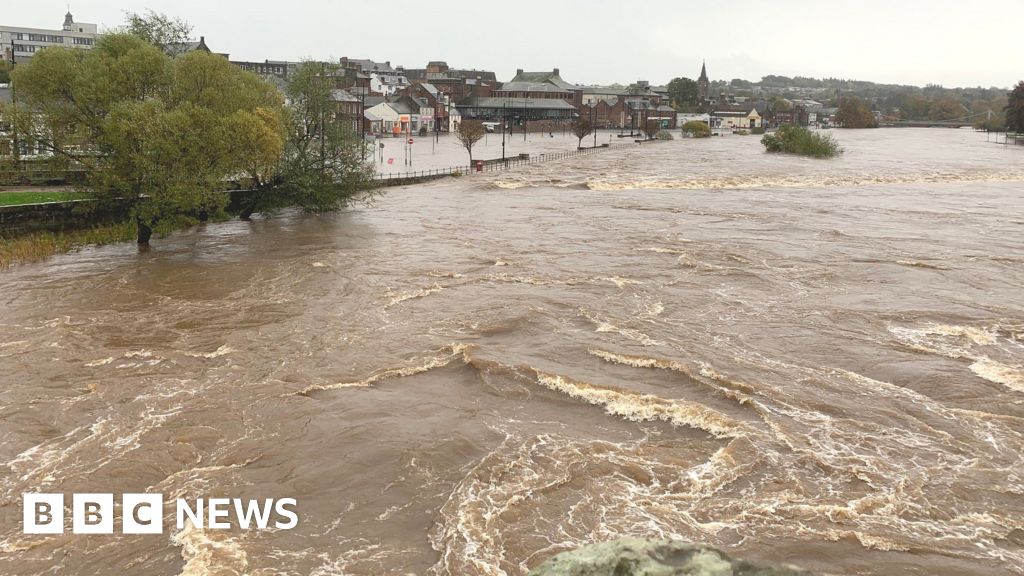 A new three-day flood forecast system is going on trial across Scotland.

The Scottish Environment Protection Agency (Sepa) said it was the biggest change to its flood warning service since it started in 2011.

The colour-coded map hopes to help communities affected by flooding cut the risk of damage and disruption.

The new service is available online and Sepa is seeking feedback in order to develop and refine it before it is fully launched later this year.

The current Floodline service issues shorter notice regional alerts and warnings to those signed up 24 hours a day, seven days a week.

Image caption, Communities badly affected by flooding are being asked to give feedback

The new system is intended to run alongside it.

It will be produced every morning, 365 days a year and show potential flood risks for the three days following its publication.

It will describe the potential impacts of flooding and link to advice and information on what protective action people can take if required.

The map also hopes to provide reassurance to communities when significant flooding is not expected.

Sepa said research had shown the need for information to be provided earlier in a “simple and clear” way.

Pascal Lardet, flood warning unit manager at Sepa, said: “More extreme weather and rising sea levels due to climate change mean we have to learn to live with flooding.

“It’s vital communities are supported to safely prepare for the potential impacts as early as possible.

“Thanks to this new product and the extra notice it offers, they’ll have the best chance to reduce the risk of damage and disruption.”

Mark Gibbs, head of environment and energy at the Met Office, said it had worked in partnership with Sepa to develop the system.

He said The Met Office was “continually working” on improvements to forecasting to feed into the service.

“During this pilot period we look forward to hearing the views and opinions from communities throughout Scotland to create an improved final version,” he added.

U.S. FAA Clears Way for Some Airliners to Fly...

Covid: Rules on masks and self-isolation to end in...

Nick Saban and other sports figures urge Manchin to...

Sakkari struggles against Zidansek but reaches Adelaide second round...

Deutsche Bank Looks Back to 1780s for Parallel to...

Tucker Carlson: Restoring democracy is the only way to...

Andrew Yang tweets Joe Rogan is ‘not racist,’ before...

Sibanye Faces Strike Over Wages at Gold Mines as...

Is the UK getting hotter, and what causes heatwaves?

31 people arrested for conspiracy to riot near a...

The Threat of Polish Involvement in Ukraine

“West Side Story” actress Rachel Zegler invited to the...

Winter snowstorm forecast to move over Plains, much of...

A look at acts of public violence in NYC...

Bali Reopens to All Tourists From Feb. 4, Cuts...

Fence around U.S. Capitol going back up ahead of...

Biden ‘does not care’ about small-town America, South Dakotans...

Trading in over 30 Hong Kong-listed firms halted on...