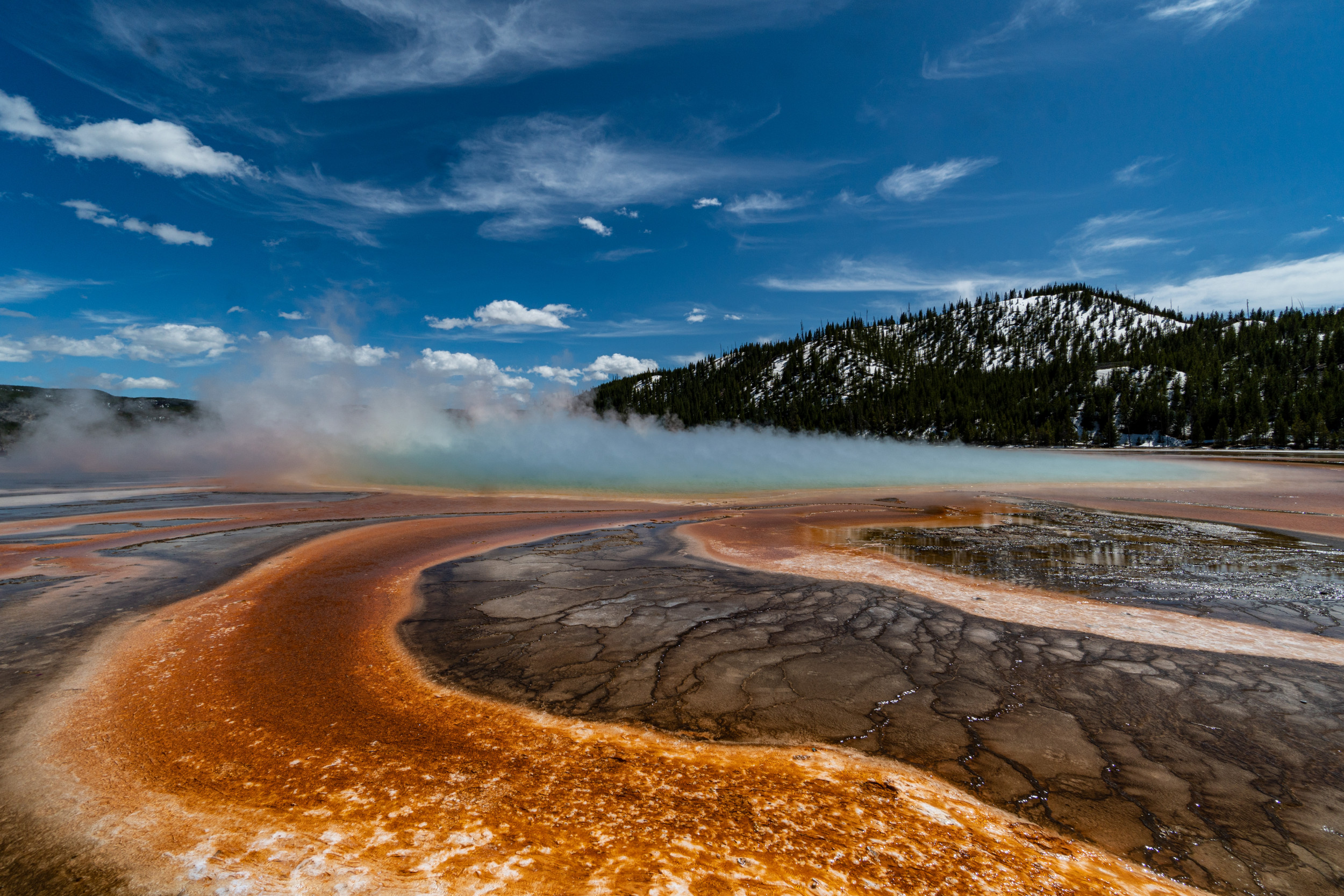 The area around Yellowstone volcano has been hit by a 4.2 magnitude earthquake—the biggest to hit the region since 2017, when a 4.5 earthquake struck during a huge earthquake swarm at the national park.

A statement from the University of Utah, which monitors seismic activity in the Yellowstone region, said the earthquake hit on May 11 at 8:35 a.m. local time. The epicenter of the earthquake was 23 miles northeast of the eastern entrance to Yellowstone National Park.

“A total of five earthquakes of magnitude 3.0 or greater have occurred within 16 mi of the epicenter of this event since 1962,” the statement said. “The largest of these events was a magnitude 4.2 on March 25, 2008, 20 mi [northeast] of Fishing Bridge, [Wyoming].”

Stock image showing a spring at Yellowstone National Park. The region was hit by a 4.2 magnitude earthquake on May 11.Getty Images

The Yellowstone region is one of the most seismically active areas in the U.S., with earthquakes recorded in the area all the time. In April, the region was hit by 141 earthquakes, the largest of which being a magnitude 2.5 event on April 30.

An annual report published by the U.S. Geological Survey (USGS) showed the total seismic activity at the park in 2021 included 2,773 earthquakes—1,000 more than how many hit the park in 2020.

At time of writing, 42 people had reported they felt the 4.2 magnitude earthquake. A statement from Yellowstone Volcano Observatory (YVO) said most reports described shaking as being “weak” or “light.” The YVO said over 30 earthquakes of magnitude 4.0 or above had hit Yellowstone since 1973.

“Today’s earthquake, which took place at a depth of 14 km (8.7 miles), is the largest to occur in Yellowstone National Park since a M4.5 event on June 15, 2017 (part of a long-lived swarm of small earthquakes in the area between Hebgen Lake and Norris Geyser Basin, northeast of West Yellowstone, [Montana],” the statement said.

In 2018, David Shelly, a seismologist with the USGS, examined the cause of the swarm, saying it appeared to have been driven by water moving through small cracks in the subsurface.

“Because this water is under great pressure in the deep crust where it is released, it tends to migrate upward and sometimes laterally,” he wrote in a blog post. “When it interacts with cooler, more brittle rocks stressed by tectonic and volcanic processes, this water may trigger earthquakes. In fact, earthquakes themselves may allow the fluid to migrate more efficiently, through faults in the rock.” ‘No safe place’ from Russian artillery as offensive underway...

Cuba protesters jailed for up to 25 years

The Papers: Johnson ‘did know about Pincher’ and UK...

The cloud computing market may finally be set to...

‘I Make 10 Times My Previous Salary—Using My Body...

Has the Time Come for a Supersized Fed Shift?

Google wants to help businesses make sure your package...

Review: In ‘After Yang,’ an android’s death opens new...

Why the stock market slumped and what comes next,...

EXPLAINER: What happens to Europe’s energy if Russia acts?

Advocates call for US immigration reform to help support...

Star Wars: Rogue Squadron might be getting a remake