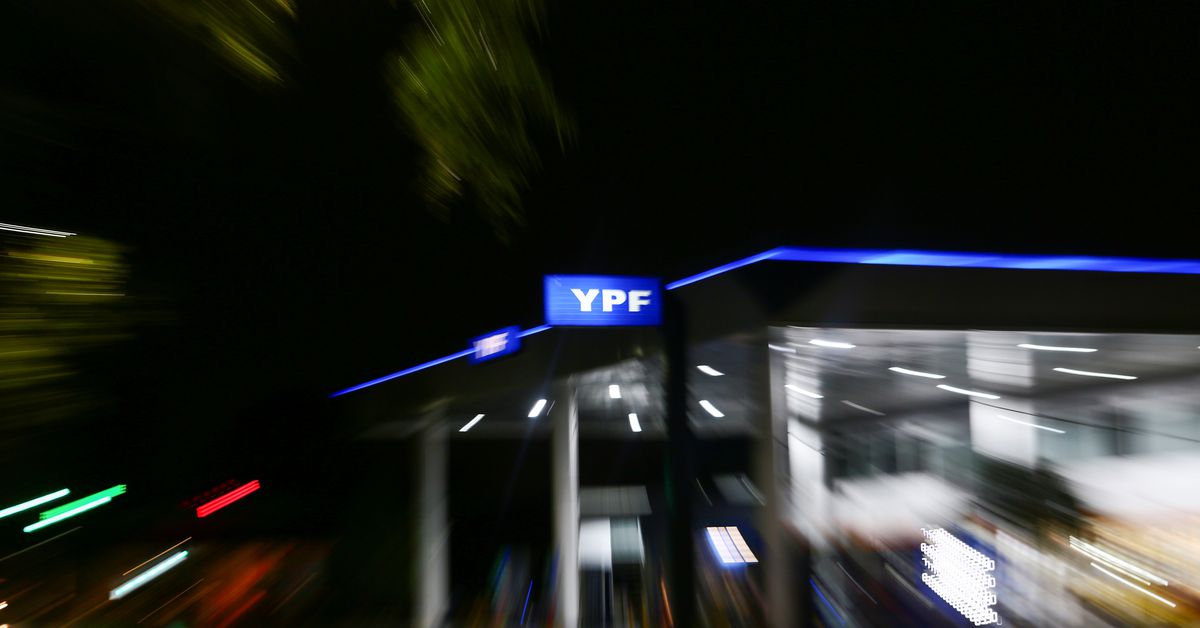 Hydrocarbons production reached 506,000 barrels of oil equivalent per day, a 16% increase from the year before.

The state-run producer’s revenue totaled $3.6 billion in the quarter, a 37.3% increase from the year-ago period, boosted by a hike in oil prices.

Argentina’s leading oil company said in early April it had boosted supply of a type of diesel, called gasoil. Shortages of oil and gas have broken out worldwide following the Russian invasion of Ukraine. read more

YPF relies on massive shale deposits at a site known as Vaca Muerte, the world’s second-largest shale gas reserve and fourth-largest shale oil reserve, to pump a large percentage of its output. Vigil to end gun violence held near site of...

In wars cold and hot, the Moskva has sailed...

Retail sales up just 0.3 percent in February as...

Pope Francis: ‘In Ukraine, rivers of blood and tears...

How a Sonic fanfic writer ended up leading Sonic...

The Firewalla Purple Helps Control and Secure Your Home...

Live Updates | US moves to end exports to...

Biden talks infrastructure and the economy in New Hampshire

Entrepreneurs protect the economy; governments should invest in them

Singapore Sets Sights on Opening to All Vaccinated Travelers

Parents of boy who fatally shot sister charged with...

Analysis: When it comes to oil, the global economy...

China’s Winter Olympics moment is being overshadowed by its...

Chloe Stokes on the Markets (Radio)

What does egg freezing have to do with your...

Microsoft is releasing the .NET update you’ve all been...

Sleeping with light linked to higher risk of diabetes,...

No return of the Mack