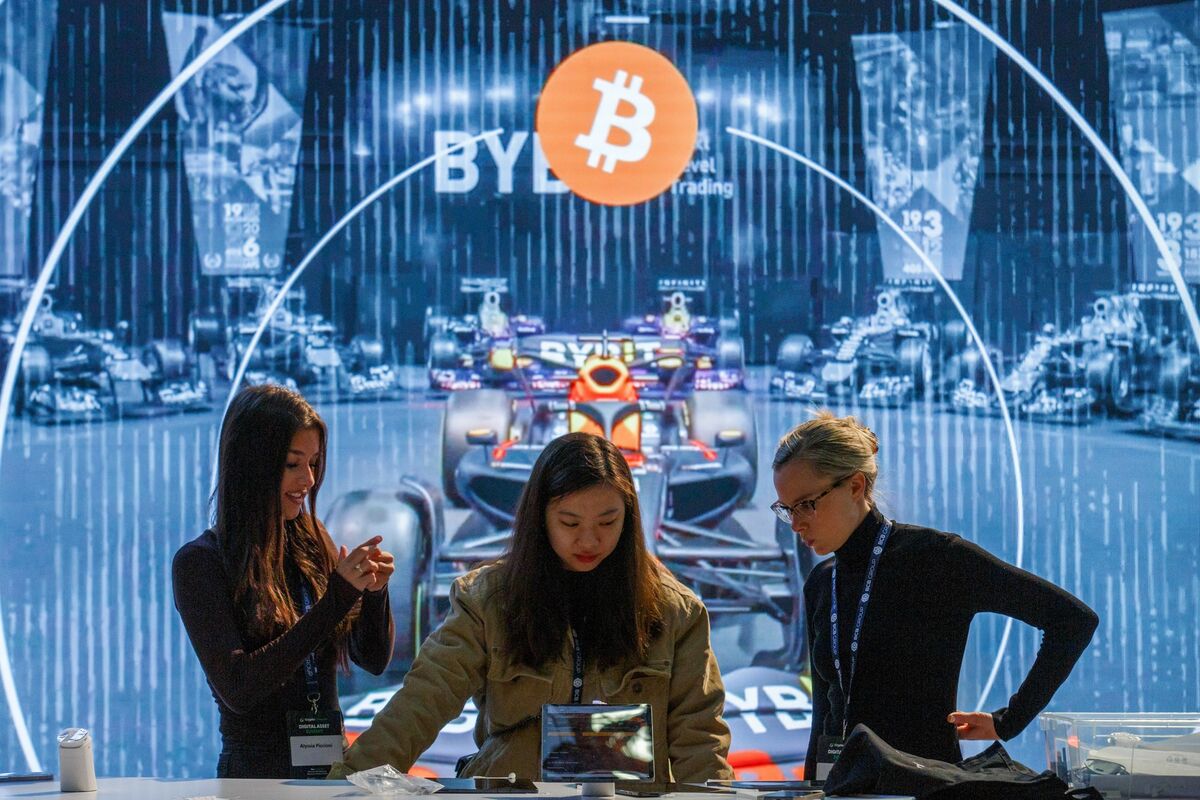 Brexit hamstrung the UKs efforts to create a thriving crypto industry. Now, it just might be the countrys ticket to regaining lost ground.

Thats the view of more than half a dozen digital-asset executives, who expressed cautious optimism in interviews about the UKs prospects, after a string of recent government initiatives intended to stem an exodus of crypto companies.

Theres a real opportunity, for the first time post-Brexit in particular, for crypto to have legislation that will enable all of its key ambitions, said Blair Halliday, UK head of cryptocurrency exchange Gemini.

The messy divorce from the European Union in 2016 created a regulatory overload that pushed the fledgling digital-assets industry to the bottom of the UKs priority list. When officials finally set their sights on crypto, the result was a regime that sought to regulate it in the same way as traditional financial services, with a framework that threatened to stifle innovation. Unable to meet the strict standards, entrepreneurs started moving their companies abroad.

But Brexit also offered Britain a chance to chart its own path on crypto, and officials have recently moved to seize on that freedom by seeking to assuage some of the sectors concerns. At the same time, the EU has riled the industry with tougher regulations governing crypto transfers.

Whatever you thought about Brexit, were now seizing the opportunity that comes from it, said Economic Secretary to the Treasury John Glen in an interview. This regulatory freedom is critical.

Glen, the governments de facto crypto czar, embarked on a world tour to meet executives and policy makers in San Francisco, Washington, Brussels, Madrid and Luxembourg in recent months. In June, hes set to spend time in Switzerlands Crypto Valley of Zug, an area that itself has benefited from the countrys regulatory independence from the bloc.

The Treasury announced its intention for the UK to become a global crypto hub last month, responding to inroads by other financial centers from Switzerland to Dubai. Among the initiatives unveiled were new powers for the Financial Conduct Authority to establish clearer rules for cryptoassets, as well as regulation for issuers of stablecoins digital tokens pegged to an asset like the US dollar.

John Glen speaks at a German Economic Council event in Berlin in April.

Even with the about-face, there are areas of the digital assets beat where Britain might struggle to catch up.

The FCAs 2021 ban on UK retail investors accessing cryptocurrency derivatives has hurt the wider industry, said Bradley Duke, chief executive of ETC Group, a crypto exchange-traded product provider. London clearing houses have been reluctant to offer crypto derivatives even to professional investors for fears of a regulatory backlash, he said, without giving examples.

In January, the FCA said it would impose tougher rules on crypto marketing, rattling the industry. Its temporary registration regime for digital-asset firms saw more than 80% of applicants either withdraw their bids or be rejected.

Dan Moczulski, head of cryptocurrency exchange and derivatives provider eToro in the UK, said that while the Treasurys sudden outpouring of support for the industry is positive, it doesnt quite feel like its mirrored by the FCA at the moment.

That said, the EUs recent actions may have provided an opening for Britain. More than 40 companies signed a letter to EU finance ministers last month to protest against proposed changes to the blocs transfer of funds regulations, which would require exchanges to obtain, hold and submit information on all crypto transfers, regardless of the sums being sent.

Meanwhile, an earlier version of the blocs Markets in Cryptoassets (MiCA) framework that sought to effectively ban mining of energy-intensive tokens like Bitcoin was vetoed after fierce resistance from the industry.

A lot of these companies are quite global, and they can relocate to wherever is the most preferable location, said Diana Biggs, chief strategy officer at crypto ETP provider DeFi Technologies Ltd. and a co-organizer of the letter.

Britain is taking tentative steps to ensure that it remains in contention. The FCA held its first crypto sprint this week a two-day event where officials listened to feedback from executives, academics and stakeholders on how to better regulate the sector.

Geminis Halliday said that while UK crypto companies earlier looked fondly at Europe, the British government is now in a better place than ever to reverse that trend.

Theyre at a point where theyre not stymied or held back by having to consider these transitional agreements and arrangements, he said. The foundation is there. Now theyre able to assess what the landscape is in financial services, and really push on.

With assistance by Lyubov Pronina 3 deaths at Bahamas resort under investigation

Man’s Failure to Tip Bartender Leads to His Arrest...

Google could give free G Suite users a way...

Toll now at 53 in San Antonio as families...

Police searching for suspects after man stabbed in Times...

Woman charged with posing as sick Marine vet to...

The killing of a Black transgender woman in Milwaukee...

What to expect from Tuesday’s January 6 committee hearing

Uncle Slammed for Sticking Unruly Son with Sister: ‘No...

Hospitalizations skyrocket in kids too young for COVID shots

Police probe after peacock tortured and killed in Fife

One dead, 30 injured after vehicle hits crowd near...

Brembo’s Electric Brake System Will Change the Way You...

Every iPhone and Android user should know these genius...

Not Returning to the Office? Try a Desk at Your Local Tesco