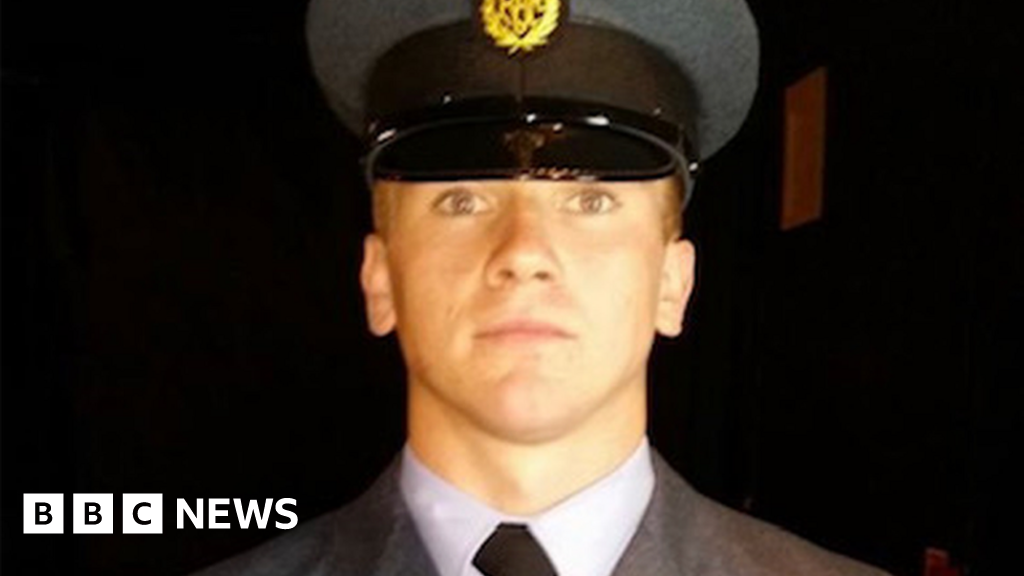 Image caption, Corrie Mckeague was based at RAF Honington in Suffolk

The RAF is working with the family of airman Corrie Mckeague on a memorial to honour him.

Corrie Mckeague, from Dunfermline in Fife, was 23 when he disappeared in September 2016 after a night out in Bury St Edmunds, Suffolk.

His mother Nicola Urquhart said she was meeting with representatives from RAF Honington, where he worked, this week.

An inquest in March concluded he died after getting into a commercial bin which was tipped into a waste lorry.

Image caption, Nicola Urquhart, Corrie Mckeague’s mother, said she was speaking to the RAF to organise a memorial

In a video on Facebook posted on Saturday Mrs Urquhart said she would like to a hold a memorial at RAF Honington.

She said: “We feel it’s only appropriate it is held at RAF Honington, it was the proudest thing Corrie ever achieved in his life”.

She added that she hoped the memorial would be open to some members of the public who had supported her family in their search for her son.

The RAF is also planning to create a memorial stone to be laid at the National Memorial Arboretum in Staffordshire, she said.

She added: “It fills us with immense pride that Corrie will be recognised as a serving airman.”

A spokesman for RAF Honington said: “The thoughts of all of us at RAF Honington remain with Corrie’s family, friends and colleagues.

“We are working closely with Mrs Urquhart and the details of a memorial for Corrie will be confirmed in due course.” SWPL: Glasgow City and Rangers both hit six as...

Infectious disease expert on why U.S. needs a different...

With U.S. help, Japan aims to go from player...

Hospitals begin to limp out of the latest COVID-19...

The Causes of the War

Can video calls ease the pressure on Scotland’s A&Es?

Michigan driver deliberately struck, killed retiree so he could...

Over 100 NYC streets will be car-free for Earth...

Woman With Nonverbal Autism Defies Detractors to Graduate at...

IBM Banks on Lingering Relevance of Mainframes With New...

Ukraine’s Volunteer ‘IT Army’ Is Hacking in Uncharted Territory

Here's what we know about American guests found dead at resort in...