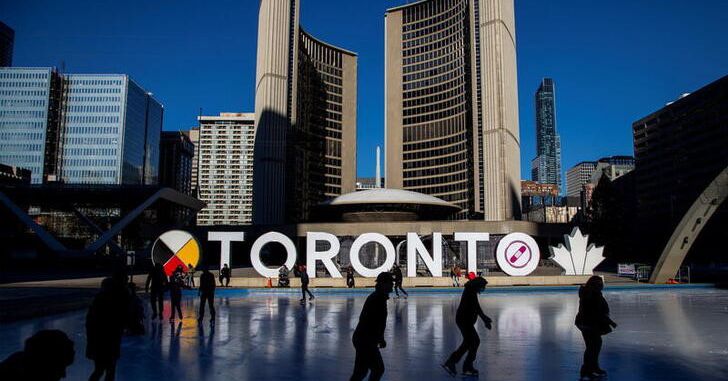 The company and law firm names shown above are generated automatically based on the text of the article. We are improving this feature as we continue to test and develop in beta. We welcome feedback, which you can provide using the feedback tab on the right of the page.

TORONTO, May 9 (Reuters Breakingviews) – Toronto has some lessons for would-be technology hubs. Favorable immigration rules and cheaper labor costs are among the factors that lured Silicon Valley tech behemoths to the Canadian city. Search engine Google (GOOGL.O) has doubled its employee base in Canada to more than 3,000 full-time staff in two years, while Facebook owner Meta Platforms (FB.O)announced in March it was creating a Toronto engineering hub and up to 2,500 jobs in the country over several years. While some advantages might fade, that may not matter for now.

Canadas most populous city lacks the balmy climate of rival tech wannabes like Austin or Singapore, but boasts advantages like looser immigration policies. While Trump-era restrictions made it harder for U.S. companies to hire foreign employees, Canada is more welcoming. Immigrants made up nearly 38% of the countrys tech workers in 2016, according to a study by Brookfield Institute.

Torontos proximity to New York and access to public healthcare are added bonuses, while the government promotes technology through tax incentives for research and development. Toronto benefits from a brain gain of incoming workers: it added nearly 55,000 more tech talent jobs than it produced graduates, according to a 2021 study by CBRE. The city’s modest wages, which are just 65% of the U.S. average according to CBRE, also appeal to employers.

These factors trump features often touted by prospective tech hubs, like plentiful supplies of capital. With a market capitalization of roughly C$4 trillion ($3 trillion) as of the end of March, the Toronto Stock Exchange is dwarfed by bourses south of the border. And while the amount invested in Canadian startups reached almost $14 billion last year according to PitchBook data, more than double the 2019 high, its a fraction of what venture capitalists put to work elsewhere. Though Toronto has spawned unicorns like fintech firm WealthSimple and password management company 1Password, it lacks a broad base of homegrown tech firms.

Some of Torontos advantages could erode over time. Housing is getting costlier: The city ranked as the fourth least-affordable market of 30 North American metropolitan areas, according to a January analysis by Oxford Economics. The tech influx may push up wages. For now, though, Toronto remains attractive. Collision, an upcoming tech conference held in the city in June, has attracted over 33,000 attendees and more than 1,250 startups. Other aspiring tech hubs should take note.

– Toronto-based password management company 1Password said on Jan 19 that it had closed a $620 million funding round, bringing the companys valuation to $6.8 billion. Financial technology startup Wealthsimple said in May 2021 that it had raised a C$750 million ($585 million) financing round at a post-money valuation of C$5 billion.

– Meta Platforms said on March 29 that it was creating a new engineering hub in Toronto with plans to create up to 2,500 new jobs in Canada over the next several years. It also announced an additional C$510,000 in unrestricted grants to 17 Canadian research labs working on research related to the metaverse.

– Venture capital investment in Canadian startups was close to $14 billion in 2021, more than double the previous high of $5.8 billion in 2019, according to PitchBook data. Taiwan to extend military conscription to one year, citing...

The shameful legacy of the Lennox Castle hospital

Google is embedding cloud gaming right into its search...

Crunchbase looks to grow its database of startups with...

UK PM Johnson vows to “get on with the...

New Orleans and other major cities at risk for...

Ravens LB named to NFL All Under 25 defensive...

Samsung’s next QD-OLED TVs will fix the two big...

Officer once charged in Freddie Gray case gets promoted

I had to travel 60 miles for maternity care

Blinken: US has seen no pullback of Russian forces

Welcome to the United States of Mayorkas

The US military is going all-in on zero-trust

Anatomy of an ethics case

Microsoft profits down 14% as Windows hit by weak...

In the Philippines, grass-roots campaign takes on the Marcos...

Meta and Sama face legal action in Kenya for...

Netflix just released footage of the Harry and Meghan...

Obi-Wan’s Disney Plus success may be bad news for...

Drawn to Life Presented by Cirque du Soleil and...

Apple (AAPL) Pauses Hiring for Roles Outside of R&D...

Stitch raises $21M for its API infrastructure and embedded...

8-year-old boy who was missing for days found alive...

The Weather Channel is coming to YouTube TV later...