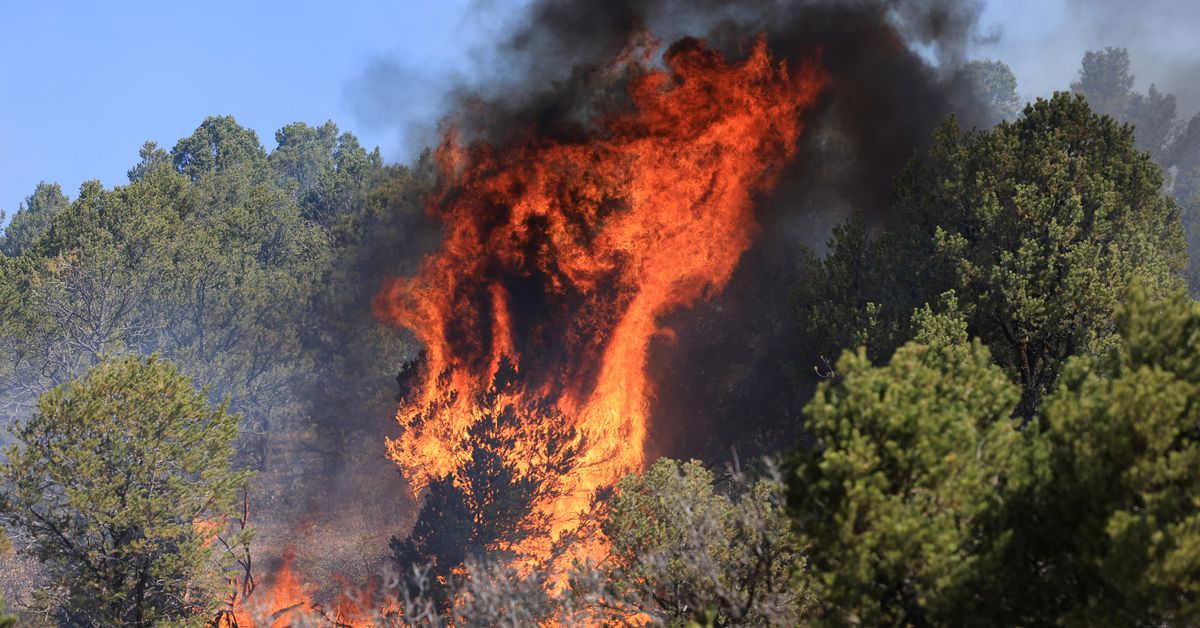 TAOS, N.M., May 8 (Reuters) – Miguel Gandert does not know whether his family’s 19th-century log home has been burned by a New Mexico wildfire, but he fears the blaze could destroy an Indo-Hispano mountain culture far older than the United States.

The wildfire is the largest now in the United States and threatens a string of villages high in the Sangre de Cristo Mountains where Gandert can trace roots to European and Mexican settlers as well as Native Americans.

The blaze has burned an untold number of homes in the Mora valley, and violent winds on Sunday threatened adobe mud-brick ranch houses, churches, chapels and water mills dating as far back as the early 19th century. read more

“It’s almost a form of cultural genocide that’s going on and the fire is the enemy,” said Gandert, a retired University of New Mexico professor who spent childhood summers fishing and helping on his family farm in the village of Mora.

Some residents’ families have been in New Mexico since the late 17th century, and more than half of Mora County, population 4,500, has stayed to defend homes, police said.

Working-class families in the communities of Holman and Cleveland used their own bulldozers and machinery to scrape fire breaks alongside firefighters, said Gabriel Melendez, who was born in Mora.

They are driven by “querencia,” or love of place, grounded in a religious sensibility for land they pray for at Catholic churches and chapels known as “moradas,” said Melendez.

“You’re losing inheritance, you’re losing the value of these homes,” said Melendez, a 69-year-old retired American studies professor whose nephew stayed in Holman. “People will rebuild, and they’ll work to retie the fabric of this torn culture, but it’s a big challenge.”

“Three hundred years of ancestry is there in my family,” said Perea, adjunct professor in Chicana and Chicano studies at the University of New Mexico. “All of that makes it hard, if not impossible to leave.” Oil Soars Past $100 as Russia Attacks Targets Across...

Elon Musk is a wild card who could make...

US Contractor Released by Taliban After Swap for Trafficker

Warren Buffett’s Berkshire all-day meeting to kick off in...

Most Japanese Back Nuclear Power for First Time Since...

NatWest profit rises even as threat from inflation mounts...

Where Every Infection Is Scrutinized Down to the Last...

Biden Says US Would Defend Taiwan From a China...

Judge to rule if Michigan school shooter stays in...

Europe wants to speed up power grid link with...

Finland Leaves It Up to People to Test and...

AI can now play Minecraft just as well as...

How to Work Offline and Still Be Productive

Extreme temperatures will challenge the Texas power grid this...

You might soon be able to sneak into a...

Why Planned Parenthood is bolstering its news division

Connecticut reports its first case of tick-borne Powassan virus in 2022: What...