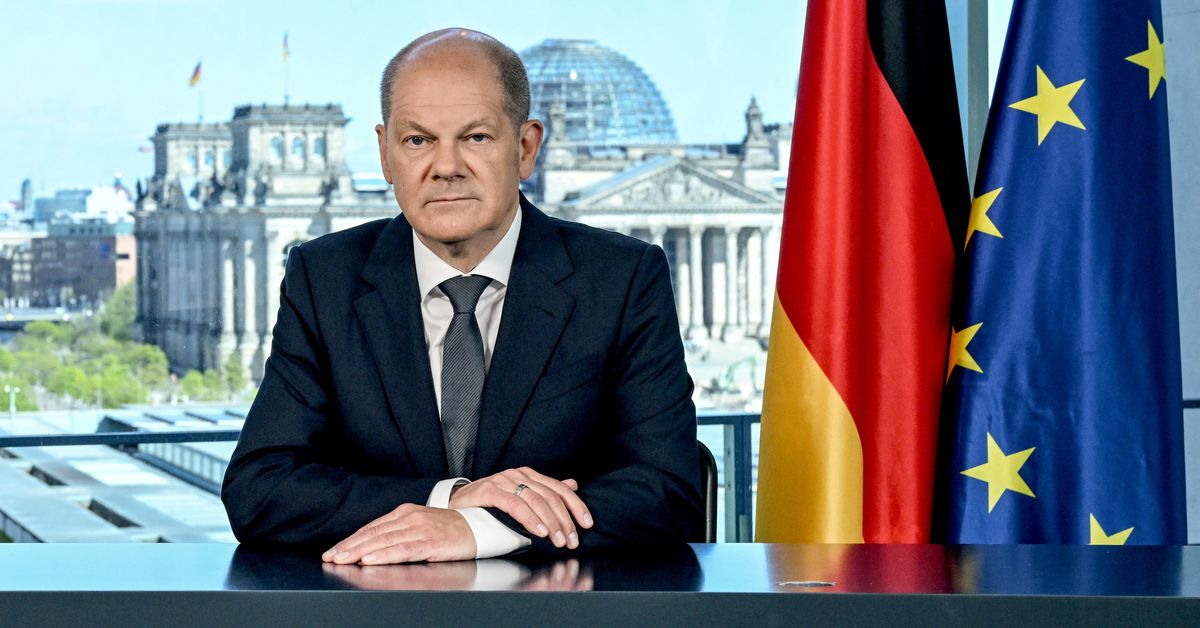 FRANKFURT, May 8 (Reuters) – German Chancellor Olaf Scholz in a televised address to the nation on Sunday May 8, marking the anniversary of the end of World War Two, assured Ukraine of solidarity in its fight against Russia’s invasion.

“Putin will not win this war. Ukraine will persevere,” said Scholz.

The date takes on special meaning this year as two countries that were once victims of Nazi Germany – Ukraine and Russia – are now at war because Russia unleashed it, he said.

There would be no peace dictated by Russia, he said, echoing remarks also made by the president of the German parliament, Baerbel Bas, earlier on Sunday. read more Your Evening Briefing: Russia Says It Will Focus On...

Germany to Stop Russian Oil Imports Regardless of EU...

What to know about digital privacy if abortions are...

US swimmer Alvarez saved from drowning by coach –...

US immigration arrests drop amid focus on most dangerous

Terra Was Too Big to Fail, and It Failed:...

Biden offers bipartisan “Unity Agenda” in State of the...

NBC’s Tirico coming back from Beijing earlier than planned

Bitcoin Miners Are Selling Tokens as Prices Linger Near...

US Courts Are Coming After Crypto Exchanges That Skirt...

2 men sentenced to prison for attack in Beverly...

A New Zealand parrot stole a GoPro and filmed...

US moves to choke off exports to 3 Russian...

How to survive an alligator attack — or better...