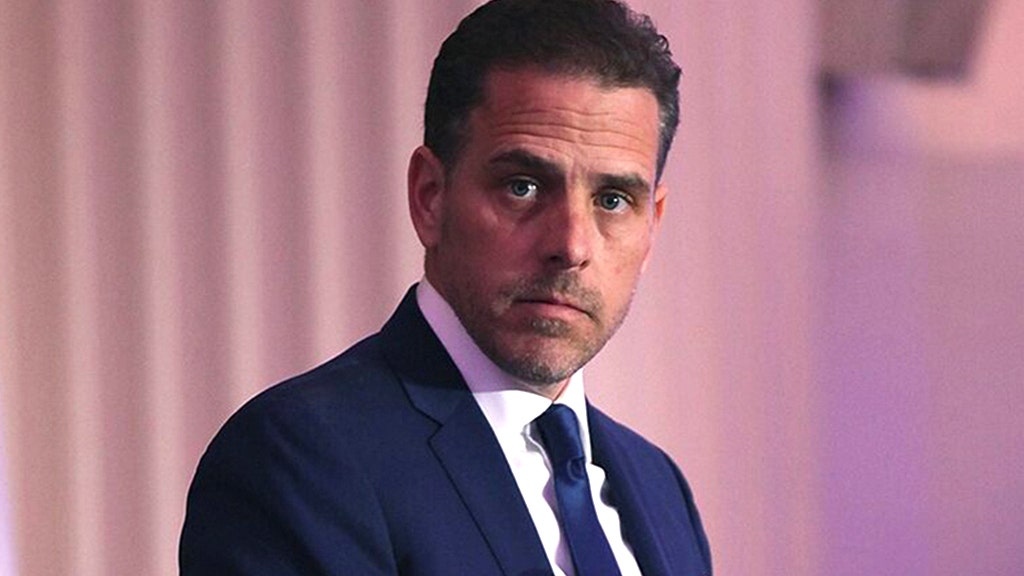 The man who recovered and turned over Hunter Biden’s laptop to authorities penned an essay describing the night he met the president’s son.

John Paul Mac Isaac, a laptop repair shop owner, was given a laptop for repair by Hunter Biden in April 2019. The president’s son never returned to collect the computer. The contents of the laptop sparked a political firestorm after data including naked photos, graphic video and compromising emails were released to the public.

The computer repairman’s account of his first encounter with Hunter Biden was published Friday in the New York Post.

Isaac described Hunter Biden entering his shop just ahead of closing time. According to Isaac, Biden had brought the computer to him due to water damage, and he smelled of alcohol when he entered the shop.

Hunter Biden, left, arrives in the Crypt of the U.S. Capitol for President-elect Joe Biden’s inauguration Jan. 20, 2021 in Washington.

Isaac claims he did not recognize Hunter Biden until he asked for his name so he could enter it into the store system. He inspected two laptops a 15-inch Mac and a 13-inch Macbook Pro. While the 15-inch was damaged beyond repair, Isaac was able to work on the 13-inch computer if Hunter Biden logged himself in.

Hunter Biden’s password for the computer was “‘analf**k69’ or something to that extent,” according to Isaac.

After giving Hunter Biden an external keyboard to transfer his data from the 13-inch computer at home, Issac says he began the process for the Mac. With the files transferring, document file names and thumbnails of photos were visible.

After brushing off the sight of embarrassing photos of his customer, Isaac became increasingly concerned with the files he was transferring, including financial statements.

Isaac has been the subject of intense speculation and discussion since coming forward with the computer. He has been accused of being a Russian asset, a political operative and more.

Suits were filed against Democratic Rep. Adam Schiff, CNN, The Daily Beast and Politico, each charged with defamation after accusing Isaac of distributing Russian misinformation.

“After fighting to reveal the truth, all I want now is for the rest of the country to know that there was a collective and orchestrated effort by social and mainstream media to block a real story with real consequences for the nation,” Isaac told The New York Post ‘House of the Dragon’: Release Date, Cast, Trailer and...

iPhone apps still track you even when you tell...

Wimbledon Fashion: What the Royals, Actors Wear to the...

McMaster pushes back on RNC, calls events of Jan....

Trump is sitting on a fortune. Republicans want it...

Lego is discontinuing its Mindstorms robotics kits by the...

Another top VPN company just pulled its servers out...

Pentagon spending stuck in neutral even as lawmakers back...

100 US troops arrive in Romania

Kindergarten caught in the crossfire of shell attack in...

Rumors that Apple is working on a foldable MacBook...

New service makes it easier than ever for rookies...

Morning Bid: We are not there yet – Reuters.com

German energy company RWE to end coal use by...

What is the wolf moon?

Putting your Covid diagnosis on blast is no longer...

NHS Forth Valley under government control due to leadership...

The ‘Big Short’ Michael Burry now only owns this...

Russia warns West over risk of conflict with NATO...

This Is How Twitter’s Edit Button Can Actually Work

California lawmaker proposes bill to help kids who have lost a parent...