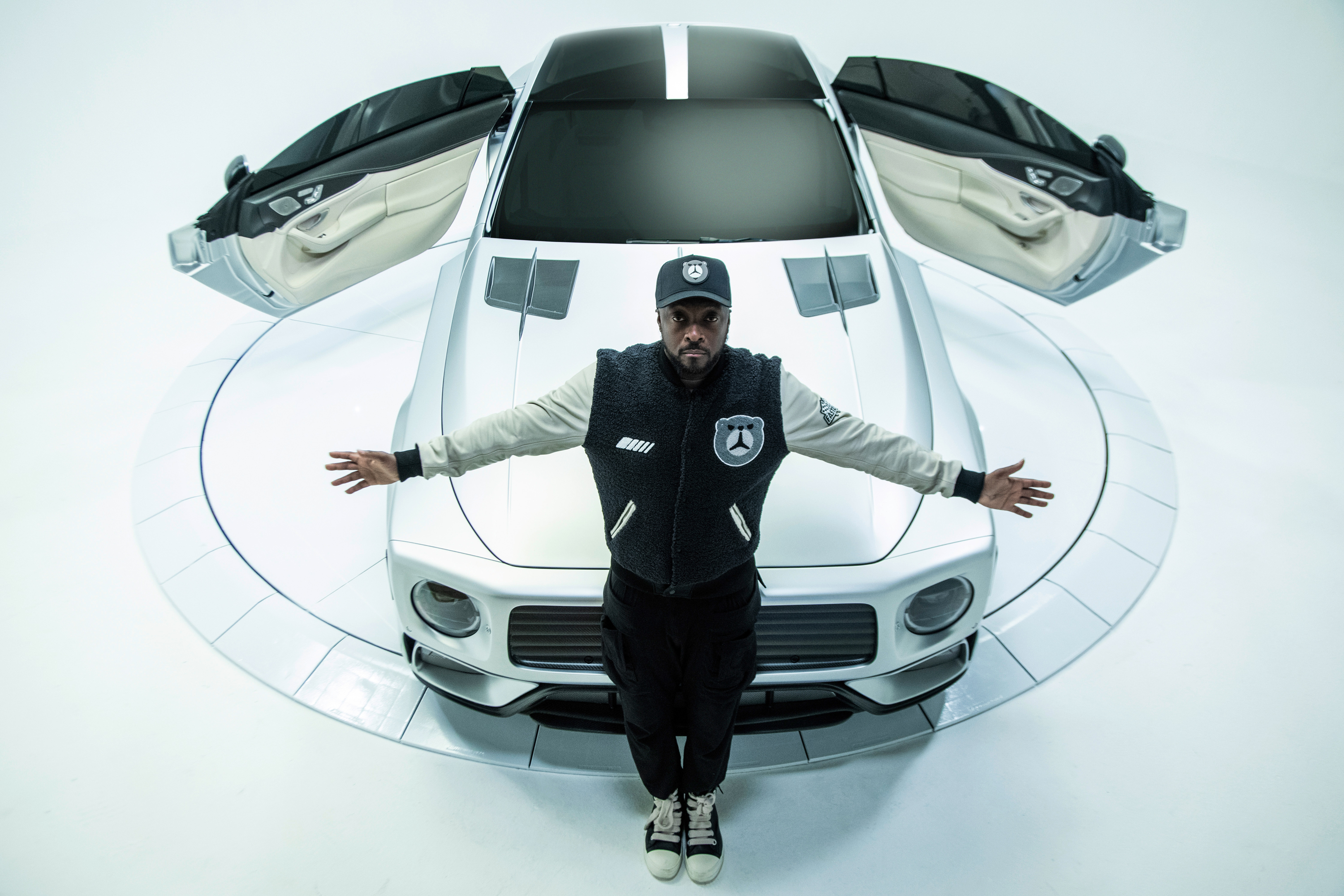 Will.i.am is probably best known as the front man for the Black Eyed Peas, but in the background he’s been a car guy and technologist for years. On Thursday Will.i.am (born William James Adams Jr.), in a partnership with Mercedes-AMG, revealed a concept car that’s part AMG GT coupe and part G-Class SUV. It will debut officially at the Formula One race in Miami this weekend.

The vehicle is cheekily called WILL.I.AMG and is based on the Mercedes-AMG 4-Door Coupe. Besides the obvious body graft of the G-Class SUV’s front end, Will also jettisoned a pair of doors and reinstalled the remaining ones “suicide-style” meaning they hinge in the back. The wheels are made to look like the iconic AMG Hammer rolling stock and the roof has glass panels like a t-top.

The vehicle was created with West Coast Customs of MTV fame and will be presented by will.i.am alongside seven-time F1 champion Lewis Hamilton on Sunday.

The Flip program’s mission is to give students from disadvantaged communities access to STEAM education (science, technology, engineering, arts and math) to prepare them for future jobs. It’s one of many initiatives from the rapper’s i.am/Angel Foundation, which has raised millions of dollars over more than a decade.

He appeared at the inaugural FIRST Robotics Competition in 2011 and produced a TV show about it. In 2016 he acquired the Tel Aviv machine-learning start-up Sensiya. He was also the chief creative officer for German company Deutsche Telekom and in 2017 he received an award from the Institution of Engineering and Technology for his contribution to the profession of engineering.

This isn’t the first time Will.i.am has designed a car. In 2013 he introduced the world to iAMauto, an automotive company that produced at least one coupe, again with help from West Coast Customs. More recently he redesigned a Tesla Model S to questionable results.

“I grew up in a ghetto. I grew up with hip-hop. I watched legendary hip-hop artists rap about Mercedes, so it was always a dream to own a Mercedes. For a lot of inner-city kids, owning a Mercedes is a symbol of progress and advancing out of struggle,” said Will.i.am in a statement.

“Now I’ve reached my goal and pushed even higher by reimagining and creating my own vision of an AMG model. But I didn’t touch the engine, because AMG really does make the best engines. The story of the founders of AMG truly inspires me and it is energizing to collaborate with like-minded people who also seek continuous improvement.”

That engine he’s noting is the 4.0-liter twin-turbocharged V8 that Mercedes puts in all its bigger or faster vehicles. In the Mercedes-AMG GT 4-Door it makes 630 horsepower and 663 pound-feet of torque.

“Our cooperation with will.i.am has reached a new peak with ‘The Flip’. We have inspired and motivated each other in the realization of this holistic concept, which is far more than an exceptional automotive one-off. We take our responsibility to society seriously,” said Philipp Schiemer, Chairman of the Board of Management of Mercedes-AMG GmbH in a press release.

“The success of Mercedes-AMG as a Performance Luxury brand also depends to a large extent on inspiring the next generation and giving them easy access to the latest technologies and digital progress. It is part of our tradition to always be pioneers and to dare to do something new.” 46 migrants found dead in back of tractor trailer...

Hospitals begin to limp out of the latest COVID-19...

What to expect for entertainment in the metaverse

Here’s What Happened in the City of London This...

WHO’s Tedros acted as tie-breaker to break disagreement over...

Opinion | It’s Time to Pivot Back to Europe

Miscarriage: ‘I was in pain and they did not...

The politics of police at Pride parades

Ex-nurse whose medical error killed a patient is sentenced...

Samsung Galaxy S22 Ultra's 'best phone' status is about to get three...