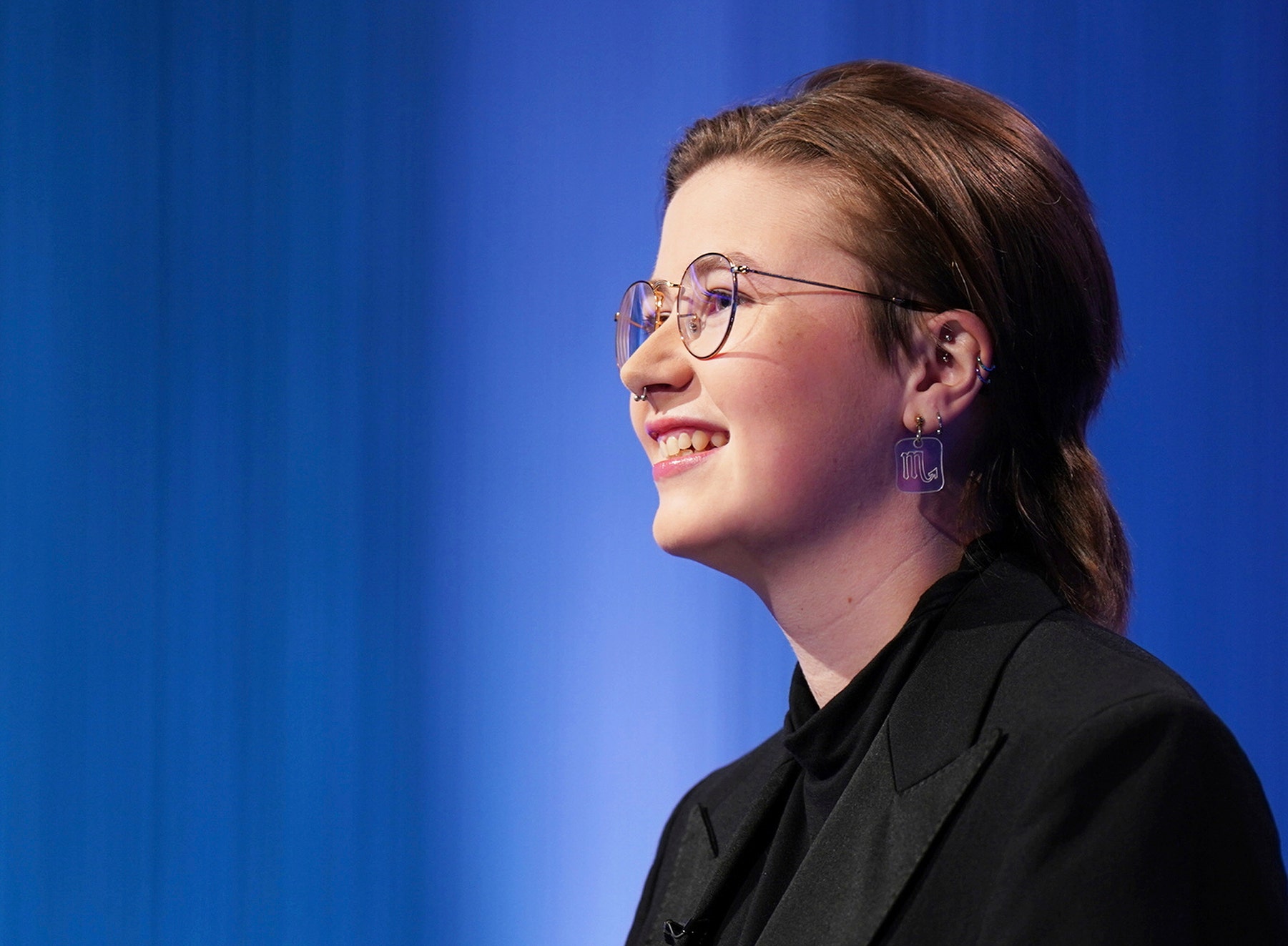 Mattea Roach, a tutor from Toronto, Canada, had won $560,983 over the course of her winning streak.

NBC NEWS ROASTED FOR DESCRIBING JEOPARDY! WINNER BY SEXUAL ORIENTATION RATHER THAN NAME

Heading into the final round of Friday’s match, Roach was leading with $19,200 and wagered $3,001 on the Final Jeopardy question.

The question asked for the “Two mayors who gave their names to a facility built on the site of an old racetrack owned by Coca-Cola magnate Asa Candler.”

Roach had guessed, “Who are Churchill and Downs? idk.”

The correct answer was, “Who are William Hartsfield and Maynard Jackson?”

Mayim Bialik and Ken Jennings were previously tapped to be the new hosts of ‘Jeopardy!’

‘JEOPARDY!’ GUEST HOST MAYIM BIALIK INTERESTED IN PERMANENT ROLE: I WOULD LOVE THAT

Fellow contestant Danielle Maurer, a marketing manager from Peachtree Corners, Georgia, entered the final round with just $11,400 but answered the question correctly and wagered $4,200 to win the match, beating Roach by a margin of $15,600 to $15,599.

“It feels still kind of like a dream,” Roach said. “I really came down here hoping to maybe win one game and so I still cant believe it. You know, its strange, obviously I didnt come through in the last one, but I still feel so happy and so lucky to have had this experience.”

Roach, 23, is one of five contestants in the history of the game show to win 23 or more games in a row, although she came far short of the 74-game record set by Ken Jennings in 2004. She is fifth all-time in both money and consecutive games won, trailing only Jennings, James Holzhauer, Amy Schneider and Matt Amodio.

“When I think of the caliber of those four players, I really dont feel like I deserve to be mentioned in the same breath as them to be honest,” Roach said.

“And theres a noticeable financial gap between my money and theirs, but its an amazing accomplishment,” she continued. “Like, I cant believe it. Its such a huge honor that I am being spoken of in relation to people like Ken, James, Matt, Amy.  Its, wow. Theres no words.”

Roach will return to Jeopardy in the fall to compete in the game show’s Tournament of Champions.

Batgirl casting is a landmark moment for the DC...

Clinton on possible Roe v. Wade reversal: “You have...

Jewelers to Spend More as Buyers Flock Back to...

Windows 11 now lets you type with your voice

Search for driver after man’s death on Clydeside expressway

Lockdown puppies lead to rise in demand for doggy...

The Memo: Horizon darkens for Biden on Ukraine

Opinion: Outrage and fear about homelessness never seems to...

Dying Light just got the mother of all updates,...

Handforth Parish Council: Jackie Weaver ‘did not have the...