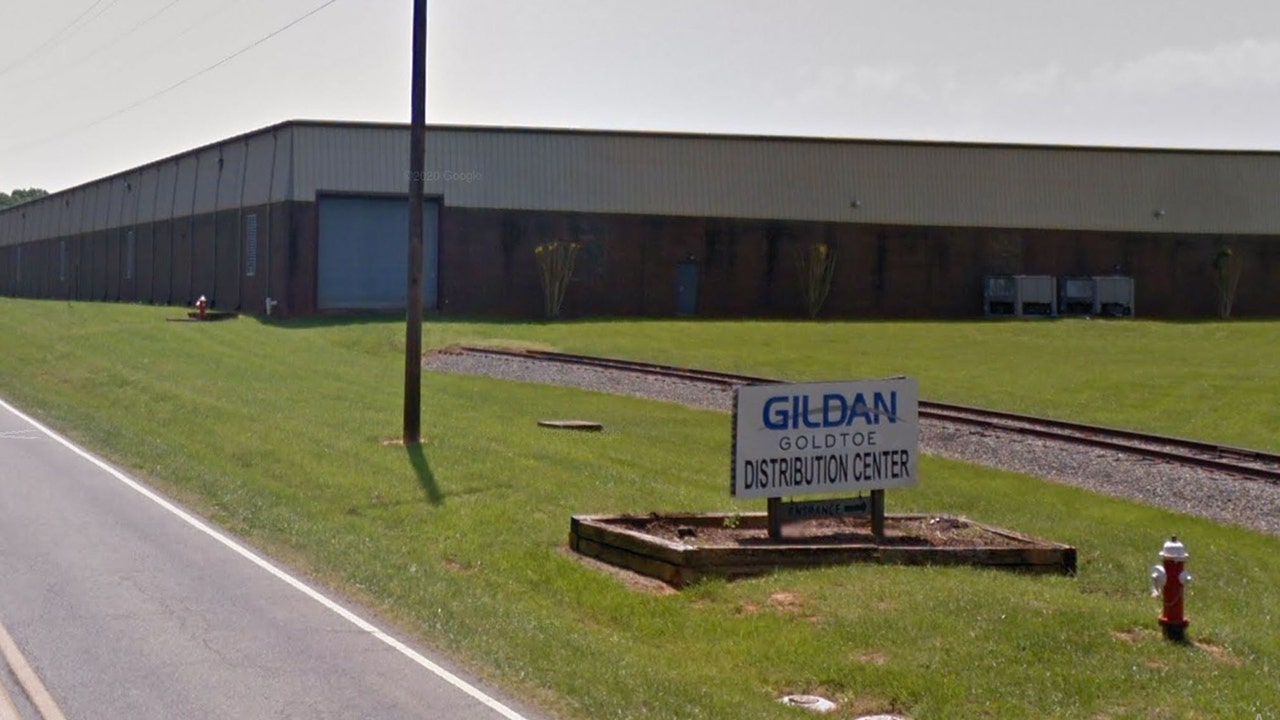 A wall at a North Carolina distribution center was ripped apart by a severe storm on Friday, but none of the 30 workers inside the facility was hurt, an official said.

Orange County Emergency Services Director Kirby Sunders said high winds, possibly a tornado, struck the Gildan Distribution Center in Mebane at around 5:18 p.m. Saunders said 30 employees were inside the distribution center when the winds ripped off large chunks of an exterior wall.

Saunders also said the storm caused damage to several natural gas lines. In all, three buildings were damaged in Mebane, he said.

The Gildan Distribution Center in Mebane.

The weather service also reported half-dollar-sized hail and 60 mph (96 km/h) wind gusts near Raleigh-Durham International Airport just before 4 p.m., but there were no immediate reports of damages.

Lightning strikes also sparked fires at two separate locations, WNCN reported. One fire was reported just before 4 p.m. at a home in Durham. Lightning caused another fire at a home on the northern edge of Raleigh. Lightning also damaged a Durham apartment building, but there was no fire, officials said. London elections 2022: What do borough councils do?

Baltimore task force trying to solve the crisis of...

Pope bows out of annual procession due to knee...

NHL: Russian players, families ‘being put in an extremely...

Russia says it strikes Ukraine positions in battle for...

Honoring Cast as New Recipients of The Walt Disney...

There’s another chance to catch a supermoon on Wednesday

Officials: Georgia man sentenced to die kills self in...

London Firms Gear Up to Get Staff Back to...

S.Korea says leaflets sent by defectors unlikely to be...

O’Rourke driving pickup across Texas to highlight issues with...

Yehya Al-Youssef: Victim named in what police say was...

China’s industrial profits slump for second month in May...

Mother of world’s only nonuplets on how she cares...

How Do Heat Waves Affect Us?

Job postings for remote work are on the rise

Jessie Buckley gets a fright in first trailer for...

Mortgage rates climb above 5% once again

‘They could be in mass graves’: Desperate attempt to...