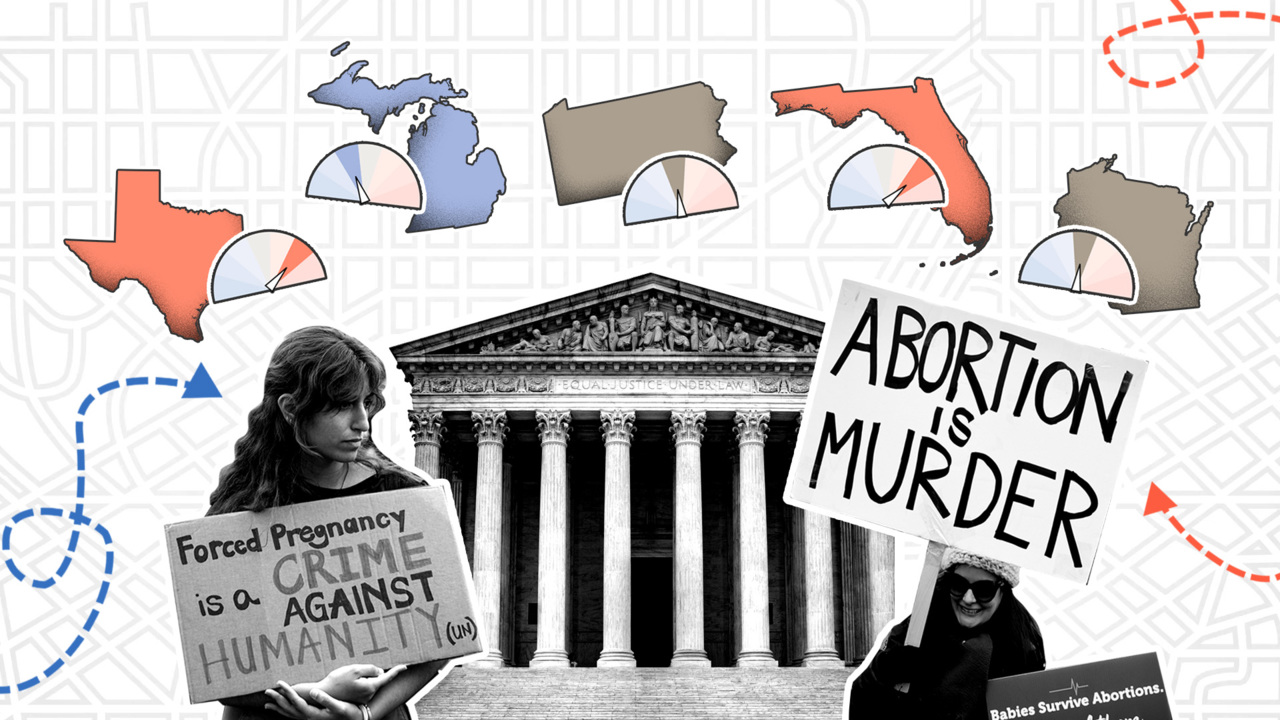 The disclosure that the Supreme Court has voted to overturn its nearly-50-year Roe v. Wade precedent is thrusting a new, hot-button issue into the midterm elections: abortion.

If the high courts eventual decision does eviscerate federal abortion rights and return the issue to the states, it will shine the spotlight on the 36 governors races on the November ballot. The list includes major toss-up swing states like Pennsylvania where, if Republicans can flip the governorship and keep control of the state legislature, they could approve new restrictions on abortion next year.

Meanwhile, two incumbent Republican governors with national ambitions, Florida Gov. Ron DeSantis and Texas Gov. Greg Abbott, have been at the vanguard of new abortion bans in anticipation of the Supreme Courts decision. Theyre both likely to win reelection this fall.

First trailer teases The Lord of the Rings: The...

The arc of the moral universe will bend toward...

Lawsuit filed over plane crash that killed 8 off...

More than 100 million people forcibly displaced in the...

The latest Microsoft Edge update might be the most...

University revokes honorary degrees given to Giuliani and Flynn

Here’s who could get a bigger — or smaller...

Pat Cummins says Australia did not have issues with...

We’ve got your budget breakdown

‘I don’t want to die’: Ukrainians fear as invasion...

Biden Reaches Out to Trump Country Voters While Ramping...

The deadly accordion wars of Lesotho

Sadiq Khan in the USA: Stage-managed mayor sticks to...

Rascal Flatts ‘will get back together,’ Jay DeMarcus’ wife...

The tyranny of Microsoft Excel may finally be over

Afghan women footballers who fled Taliban want to be...

Woman in viral photo from maternity hospital attack and...

Nintendo closing the Wii U and 3DS eShops makes...

John Mellencamp plumbs mortality and regret in his new...

EXPLAINER: More pressure on the Fed from April jobs report