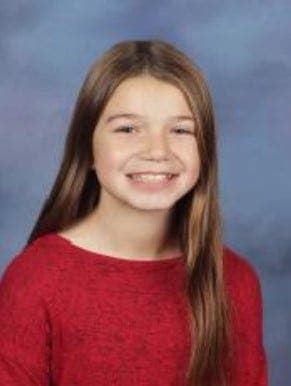 New details have been revealed in the murder of Lily Peters, the 10-year-old girl from Wisconsin who was found dead near her aunt’s house.

The 14-year-old suspect is being charged as an adult, according to prosecutors.

Lily Peters’ father reported her missing at around 9 p.m. on April 24, and told authorities that she did not return home from her aunt’s house. The father then spotted Lily’s bike in Chippewa Falls in a wooded area, but a subsequent search of the area by police officers did not result in finding his daughter.

Police in Chippewa Falls were notified on the morning of April 25 that the victim’s body was found near the area where the bicycle was. Investigators said that the injuries were consistent with blunt force trauma, according to the report.

During an interview with police on April 26, the 14-year-old said that he asked Lily Peters to “go exploring off the trail.”

When they were in the woods, the suspect “punched (Peters) in the stomach, knocking her to the ground,” and hit her with a stick, according to the complaint.

Officials search a wooded area next to the Jacob Leinenkugel Brewing Co. during an investigation of the homicide of Iliana “Lily” Peters, 10, in Chippewa Falls on Tuesday. Lilly’s body was found about 9:15 a.m. Monday in a wooded area near the walking trail, according to police.

Upon hearing that Peters was missing, the suspect made the determination that “he needed to hide her better,” and “returned to (Peters’) body, drug her a few feet, and covered her with leaves.”

The suspect’s next court date is on June 24. What Russia Has Said About U.S. Supplying Ukraine With...

‘Made an Agreement’: Man Refusing To Help Pregnant Girlfriend...

LG, Honda to set up US joint venture to...

Music that survived the Nazis: Part one

Man arrested in death of co-worker at Michigan GM...

Arrests made as police investigate death of child in...

Chen closing in on gold, US curlers begin title...

Pfizer seeks to expand omicron booster to 5- to...

Sanna Marin: How much partying is too much for...

Prominent Myanmar filmmaker arrested after a year on the...

Sleep Hypnosis—What It Is, How It Works and Who...

SAS killings: How a scandal was uncovered

Peru to sue Repsol for $4.5bn over oil spill

Exclusive: Fitbit wants to transform your kids’ hockey and...

‘Why I invented Non-binary Day’

Manchester United: Ralf Rangnick’s plea for a striker in...

Chevy Chase addresses claims he was a ‘jerk’ on...

What to expect for entertainment in the metaverse

Comedian Dave Chappelle attacked on stage while performing at...

A Concern For A Recession? (Audio)

Mental health is on full display at the Winter...