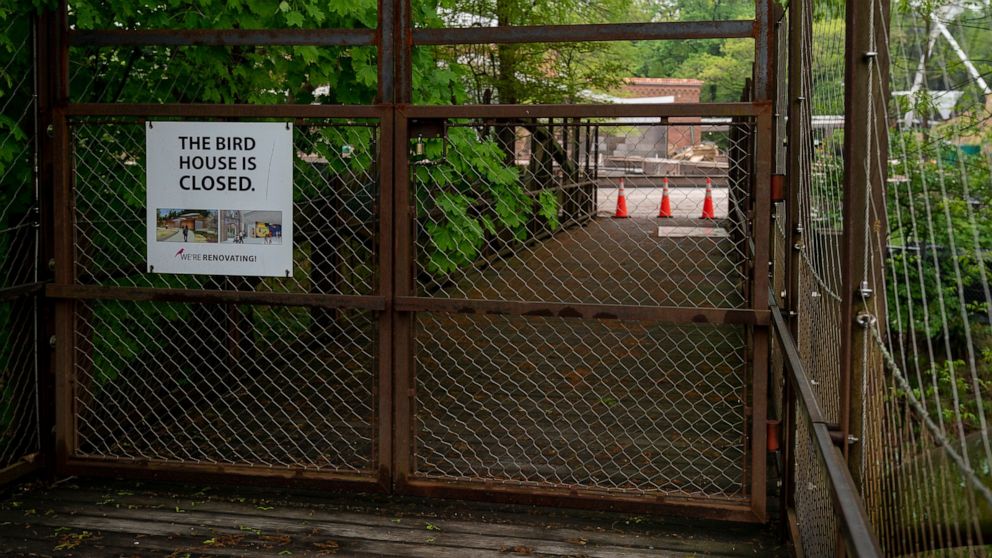 WASHINGTON — Foxes are known to raid henhouses. But this raid, on an outdoor zoo yard housing dozens of bright pink flamingos unable to fly away, was many times worse.

Zookeepers at the National Zoo made a macabre discovery this week when they entered the outdoor enclosure that housed 74 flamingos. A wild fox from neighboring Rock Creek Park had apparently chewed a hole in the metal mesh fencing and wreaked havoc, killing 25 flamingos and injuring three others. One Northern pintail duck was also killed.

It’s the latest fox-related disruption in the nation’s capital, where just last month a rabid red fox attacked a congressman, who fought it off with a umbrella and had to get rabies shots. Capitol Police received multiple reports of aggressive fox encounters on or near the grounds of the U.S. Capitol, including at the nearby U.S. Botanic Garden. The captured fox was euthanized, along with its kits.

The zoo attack is the worst such incident at the zoo in 20 years. In 2002 and 2003, a string of animal raids also by foxes led to the deaths of more than a dozen ducks, a peacock and an elderly bald eagle. Zoo officials instituted new security measures in response to those attacks, and those barriers have largely held firm until now.

The Zoos Bird House is currently closed to the public for long-term renovations, and the flock mainly lives in a 9,750-square-foot yard with a barn and a heated pool. Zoo officials said the area was last inspected on Sunday around 2:30 p.m.

When staff returned early Monday morning, they found more than two dozen dead birds and a new softball-sized hole in the heavy-duty metal mesh that surrounds the outdoor yard, according to an official zoo statement. Zoo staffers also briefly spotted the fox in the outdoor area, but the animal escaped.

To a fox, a flamingo is like a chicken with longer legs and a different color, Dan Rauch, the citys wildlife biologist, told The Washington Post. The ones at the zoo have their wings clipped and cannot fly away.

Brandie Smith, the zoo’s director, called the most recent carnage “a heartbreaking loss for us and everyone who cares about our animals. Smith said in a statement that the fencing and other protective measures were being assessed and upgraded to prevent similar break-ins.

Our focus now is on the well-being of the remaining flock and fortifying our habitats, she said.

The birds, formally known as American or Caribbean flamingos, are instantly recognizable from their long stilted legs and distinctive pink hue. The remaining flamingos have been moved to an indoor enclosure and the injured birds are being treated by the zoo’s veterinary staff.

The mesh fencing is specifically designed to prevent being chewed through by predators, and dig barriers are also there to block any attempt to burrow under the fence. The fencing was last replaced in 2017 and had passed all previous safety inspections. It’s time for the Greene-Boebert show to end

Jon Stewart under fire for displaying ‘super-woke’ views in...

Jewish man shelters refugees to honor those who saved...

The price Vladimir Putin will pay

Three people injured after helicopter crashes in ocean near...

The iPhone SE 3 could get a significant price...

What Two Top Proxy Solicitors Expect During the 2022...

Your next smartphone could be a whole lot faster...

Top browser developers team up to try and solve...

U.S. envoy to NATO: No American policy of regime...

Chanel jewelry boutique in Paris held up by armed men