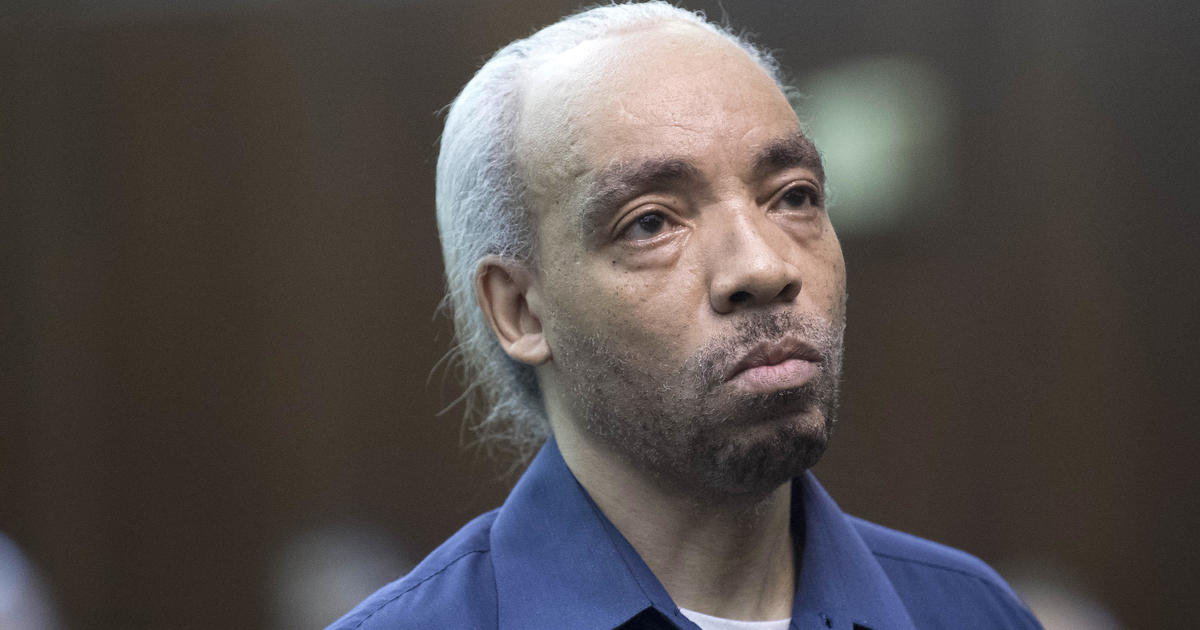 Rapper Kidd Creole, who was a founding member of Grandmaster Flash and The Furious Five, was sentenced Wednesday to 16 years in prison for stabbing a homeless man to death on a New York City street.

The 62-year-old rapper, born Nathaniel Glover, was found guilty of manslaughter last month for the death of John Jolly, who was stabbed twice in the chest with a steak knife in midtown Manhattan in August 2017.

Rapper Kidd Creole, whose real name is Nathaniel Glover, is arraigned in New York Thursday, August 3, 2017, after he was arrested on a murder charge. Rapper Kidd Creole has been sentenced on Wednesday, May 4, 2022, to 16 years in prison for stabbing a homeless man to death on a New York City street. He was found guilty of manslaughter last month for fatally stabbing John Jolly with a steak knife in midtown Manhattan in August 2017.

Prosecutors accused Glover of stabbing Jolly after becoming enraged because he thought Jolly was gay and was hitting on him. After stabbing Jolly, who was 55, Glover headed to his workplace nearby, changed his clothes and washed the knife, prosecutors said. Glover was arrested the following day.

“Mr. Jolly’s death was devastating to his family and those who knew him,” Manhattan District Attorney Alvin Bragg said in a news release after the sentencing. “Every life we lose to violent crime ripples throughout our entire city, and we will continue to ensure everyone in our borough can live their lives with the sense of safety and security they deserve.”

The New York Times reports that Manhattan state Supreme Court Justice Michele Rodney appeared to take issue with arguments made by Glover’s lawyer, Scottie Celestin, who said during the trial that Glover had felt threatened in part because Jolly was homeless.

“A life is a life is a life,” Rodney said, adding as she sentenced Glover that the killing was not “somehow justified because the person is homeless.”

Celestin said he would appeal the conviction.

Grandmaster Flash and The Furious Five formed in the late 1970s in the Bronx. The group’s best-known song is “The Message” from 1982. They were inducted into the Rock and Roll Hall of Fame in 2007, the first rap group to be included.

Church: Where Are The Men?

This new JPMorgan job comes with an annual restaurant...

ACC Commissioner Says CFP Expansion Should Be Put on...

Chevy Bolt owners must choose between rebates and battery...

Sri Lanka may be compelled to buy more Russian...

Mideast nations wake up to damage from climate change

The Real Secret Behind Living to Extreme Old Age

Mike Pompeo: ‘Unfathomable’ That Putin Would Have Invaded Ukraine...

You can bet against Jim Cramer with a new...

Google Chrome will soon tell you just how bad...

The Mini Cooper SE is a fun EV with...

How to save money on your student loans

Ukrainian soldier reunited with parents after village is liberated

All You Need to Know About Moderna’s Omicron-Targeted Covid...

MaxAB, an Egyptian B2B e-commerce platform for food and...

Doctor Who Refused to Look at Severely Broken Foot...

After his mid-race celebrations caught the eye of the...

How the tech industry is responding to Russia’s invasion...

Ross’s interim dean on what’s next for the top-ranked...

Elden Ring player discovers how to become a Sith...

What if Tesla loses Elon Musk? The company’s board...

Madigan makes Ulster return as Cooney is left out

Can ‘Green’ Ammonia Be a Climate Fix?

Q&A: Direct Relief CEO Thomas Tighe on how to...

FDA Investigates Death of Another Infant Given Abbott Formula