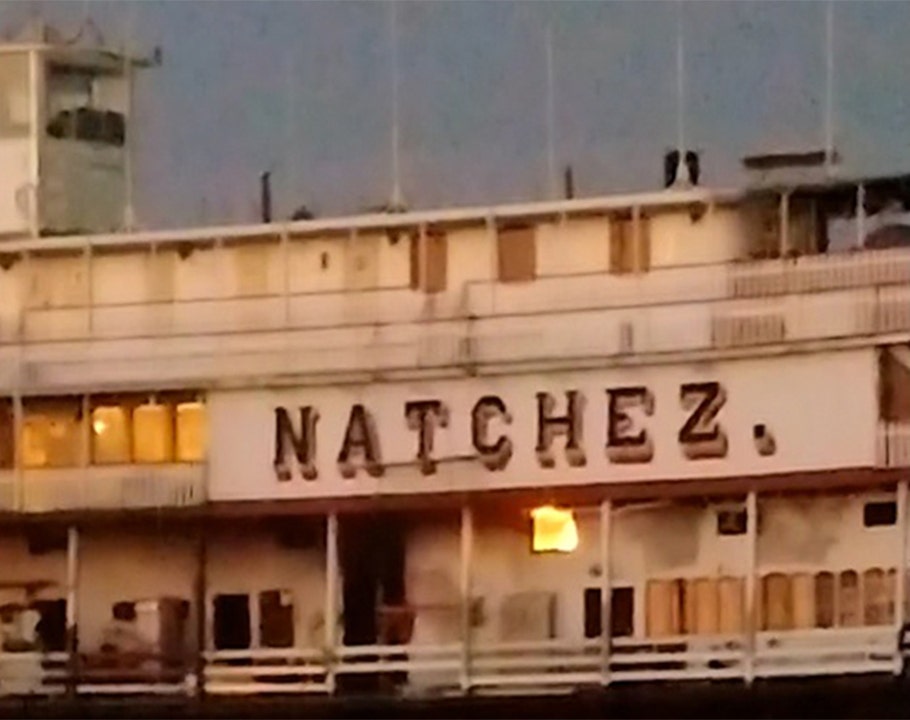 The S.S. Natchez, the last authentic steam-driven riverboat on the Mississippi, erupted into flames Tuesday night, sustaining non-extensive damage, a spokesperson for the New Orleans company that manages the boat confirmed to Fox News Digital.

“It was a small fire on the bottom deck towards the stern of the boat,” the New Orleans Steamboat Company spokesperson said. “We know there was some fire damage to some wiring and that type of thing. It was put out, both the Coast Guard and the Fire Department helped.”

The spokesperson said the boat “was in layup right now being renovated,” receiving what the spokesperson called “a facelift.” The company confirmed that no one sustained injuries in the blaze.

“Tomorrow, we’ll better assess what we’ll have to do from here,” the spokesperson said, noting that the fire “didn’t do extensive damage.”

“The boat is the last authentic steam-driven riverboat on the Mississippi,” the company spokesperson added. “That makes it a very unique and important vessel.” The company said work crews had been renovating the boat, built in 1975, for between 4 and 6 months.

The New Orleans Fire Department responded to the fire around 8:05 p.m. Tuesday night, Fox 8 reported. Firefighters arrived to observe smoke pouring out of the steamboat. Boat workers on the scene told the department that crews were torching switchgear panels in the engine room around 5 p.m.

The 3,000-mile byway follows the Mississippi River and spans from Minnesota to the Gulf of Mexico.

Firefighters descended through the heavy smoke, braving extremely hazardous conditions to reach the seat of the fire. The department said fire crews contained the spread and damage of the fire to the engine room. Eight NOFD units carrying 24 personnel arrived at the scene to combat the fire.

The department said it got the fire under control around 9:01 p.m.

The Natchez, the ninth vessel to bear that name, docks at the Toulouse Street Wharf. Day trips include harbor and dinner cruises along the Mississippi River.

The ship resembles the Virginia and Hudson steamboats in profile and layout. The Natchez’s steam engines were built for U.S. Steel’s sternwheeler Clairton in 1925, and the company calls the ship’s genuine copper and steel steam whistle “a treasured antique.” The ship’s copper bell, smelted from 250 silver dollars to produce a pure tone, once graced another steamboat, the S.S. J.D. Ayers.

Honor Magic V is a work of designing wonder

Germany: G-7 nations can lead the way on ending...

Capitol Counsel sets up a practice group for implementing...

EU talks up Russia sanctions but consensus may prove...

Netflix thought now would be a good time to...

Josh Taylor teams up with trainer Joe McNally after...

Germany hopes to get key raw materials from Mongolia

Florida woman arrested for allegedly ‘twerking on’ teen at...

‘The GOAT of all GOATS’: Sports world celebrates Serena...

Opinion | A Flag for American Hostages

Eilish McColgan column: ‘I want to stop kids being...

Investigation into death of Georgia teen found in gym...

‘This is Us’ closes the circle of life with...

Watch moments from the funeral of Queen Elizabeth II

Meta has reportedly barred employees from discussing abortion on...

Thai capital on alert for flooding as heavy rains...

Sturgeon Seeks to Breakaway From Greying UK: The Readout

Trump flexes and the center shrinks: 5 takeaways from a key primary...